It's that time of the year again, folks! It's time to dust off the cyber awards and crown five CEOs with the prestigious honor of being the best of the best in 2013.

Unlike last year when we held several rounds of public voting after I picked eight of the best and worst CEOs, I wanted to do something different this year. So instead of picking who I thought should be in each category for 2013, I reached out to as many of my Motley Fool colleagues as possible and aggregated their answers into one list. The result is a considerably more balanced list representing a wider swath of views, and likely a more accurate portrayal of the best CEOs of the year than I could have come up with by myself.

Today we're going to switch gears and dive into the tech sector to honor Facebook (NASDAQ:FB) CEO Mark Zuckerberg for a job well done in 2013.

Why Mark Zuckerberg?
Zuckerberg was quoted as saying in September 2012 that Facebook was a "mobile company," at which point Wall Street pretty much chuckled since Facebook had practically zero mobile presence and growth was beginning to slow a bit as the social media network reached saturation in the United States. Not surprisingly, as potentially the most overhyped IPO in the past decade, Facebook shares fell from a debut high of $45 to as low as $18 and change at one point, earning Zuckerberg the dubious honor of being among the worst CEOs of the year in 2012.

But, as fellow Fool Jeremy Bowman pointed out to me via email, Zuckerberg has helped deliver strong guidance and growth of late and "erased the memory of the IPO debacle." I would certainly agree with Jeremy that times have certainly changed, as Facebook shares are up 68% year to date.

Zuckerberg has delivered on his promise to transform Facebook into a universal social media platform that can be monetized in both the PC and mobile arenas. Around this time last year, Facebook had virtually no mobile revenue presence, but as of its third-quarter earnings results, mobile revenue accounted for 49% of its $1.8 billion in total advertising revenue. This figure is crucial because daily active users grew by "just" 25% year over year in Facebook's most recent quarter, while mobile monthly active users grew by a much more robust 45%. Although mobile ad rates aren't as robust as PC rates at the moment (primarily because they take up less space), this could begin to shift in the coming quarters as the number of mobile-only Facebook users increases in number. 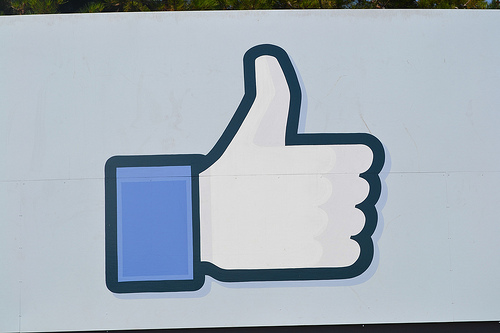 Another factor that distinguishes Facebook from social media peers like LinkedIn (NYSE:LNKD.DL) and Twitter (NYSE:TWTR) is just how effectively it has been able to monetize social media to deliver significant profits to shareholders. As my Foolish colleague Matt DiLallo said about Zuckerberg, "He did what many said couldn't be done -- he made money off of social media!"

This isn't to say that professional networking social media site LinkedIn or Twitter aren't growing by leaps and bounds -- they are. What I am saying is that Facebook is healthily profitable, having delivered $1 billion in net income over the trailing-12-month period relative to LinkedIn, which has delivered just $34 million in cumulative profits, and Twitter, which lost nearly $143 million. In other words, it stepped up to the plate and proved to Wall Street it belonged this year, while newcomer Twitter, which is yet to be profitable on an annual basis, and LinkedIn with its forward P/E of nearly 100, may have some "'splainin' to do" (in the words of Desi Arnaz).

Finally, Zuckerberg and Facebook have been able to put their hubris in the back seat and forge important strategic partnerships this year that could shape the company's future viewership and targeted advertising growth.

Last month, Facebook announced what could become a critical partnership with Cisco Systems (NASDAQ:CSCO) that will allow users to connect to the Internet via Facebook Wi-Fi utilizing their mobile devices through Cisco's Connected Mobile Experience. The partnership should allow small businesses to rapidly grow their brand recognition with consumers while allowing Facebook to better personalize advertisements for these individuals. The allure for Facebook is that its personalized advertisements could command higher ad rates (and thus bigger profits), while for Cisco simply being partnered with Facebook could be the selling point that pushes its networking technology into more merchants' stores.