Over the last year, much has been written about the fact that the Android operating system rules the mobile market. The latest numbers from research firm Strategy Analytics indicate that smartphones running Android had a 5:1 advantage in unit sales over those running on other systems.

The casual observer might think that Google (NASDAQ:GOOGL), which developed Android, would be making a killing off mobile device sales. That's not so. Unlike fellow tech giant, Apple (NASDAQ:AAPL), which tightly controls its mobile hardware and software integration to help drive huge profits, Google doesn't make much money off the open-source software it provides to handset manufacturers.

However, don't fret if you are a Google investor. The company succeeds mightily in its other endeavors. Investors should continue to keep an eye out for Apple. Recent developments in Cupertino and China bode well for the future.

No. 2 is really winning
Being behind in unit shipments doesn't concern the developer of second-ranked iOS. Apple is focused on selling high-end products such as iPhones and iPads, which comprise about 70% of overall corporate revenue. The company has begun returning some proceeds to investors in the form of dividends and share repurchases.

Recent updates to its entire product line-up should keep Apple in the green going forward. New processing architecture featuring 64-bit computation and a motion coprocessor, one-touch ID, and a larger capacity battery should all contribute to continued success.

More success could come from Asia. Apple and China Mobile recently inked a deal and the iPhone will soon be available to subscribers of the largest wireless network in China. One analyst estimates that up to a 10% boost in iPhone sales is possible. Since many users typically buy more than one Apple product, sales of iPads and other devices could increase, too.

Search, search, and more search
Most of Google's success is derived from its search engine business. One estimate is two-thirds of its enterprise value comes from there, and a recent update to its proprietary algorithm should help the company maintain its dominant market share. 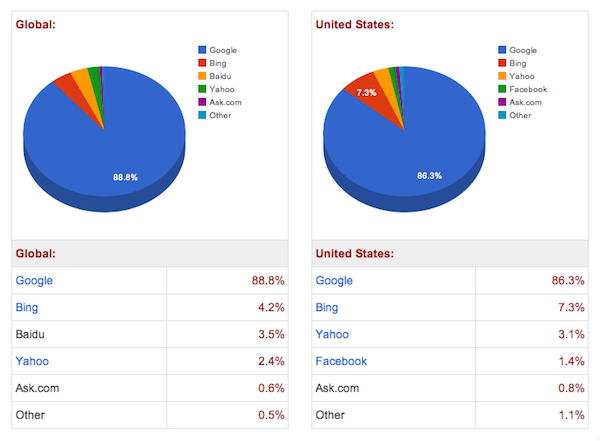 But since Internet search penetration might be peaking for Google, the company will have to look elsewhere for growth. One way might be acquisitions. If it could find another business like YouTube, from which Google derives about 10% of its value, that might be helpful.

Other than serving as a platform for its search engine, wireless is not a big part of Google's business. Only about 2% of its enterprise value is estimated to come from mobile.Therefore, Google might be rooting for Apple to succeed, too, as iOS is responsible for the majority of web traffic generated and has more than a 2:1 advantage over Android.

Foolish conclusion
Although Google doesn't profit much off of Android, it does make money from ads generated from searches on iOS, the platform for the bulk of mobile web traffic today. Recent developments in Cupertino and China should help fellow tech giant Apple succeed.

Investors in both companies can make some money as a result.