No doubt the Bakken has become a game-changer for U.S. energy production. But while the North Dakota oil boom gets referenced a lot, you may not know what's going on. Here are ten charts that tell the story of the Bakken oil bonanza.

The Williston Basin is big
The Bakken and the associated Three Forks formations covers in area about 14,700 square miles in size across North Dakota, Montana, and parts of Canada.

According to estimates from the United States Geological Survey, the formation contains 7.4 billion barrels of undiscovered technically recoverable crude oil. That makes the Williston Basin the largest continuous oil accumulation in the United States. 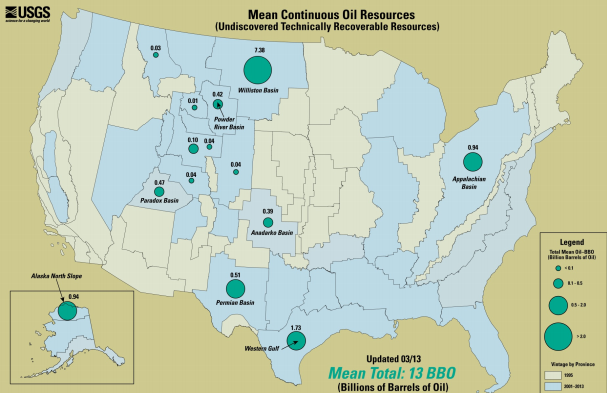 Bakken production has grown 10x in the past five years
The Bakken was discovered in the 1950's. However, it has only been through new technologies like hydraulic fracturing and horizontal drilling that we have been able to unlock the field's bounty.

Over the past five years, Bakken production has grown more than ten-fold to almost one million barrels per day, or bpd. This has catapulted North Dakota to the second largest energy producing state in the nation. 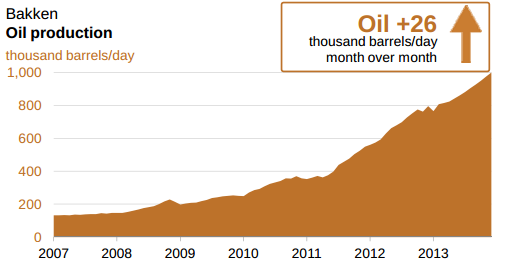 North Dakota is America's boom town
As you might expect, surging energy production has turned Williston, North Dakota into a boom town. According to the Bureau of Labor Statistics, the unemployment rate in the state is 2.7%, the lowest in the country. 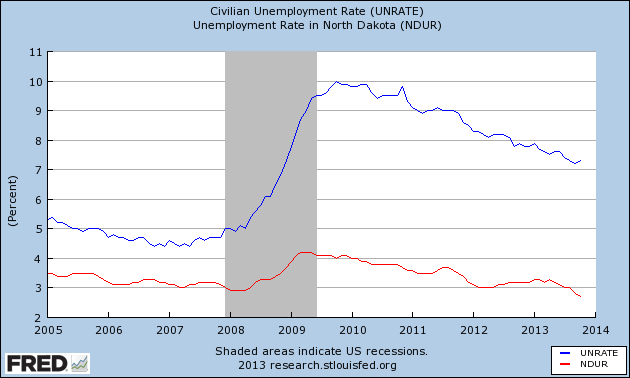 Based on data from the U.S. Census Bureau, North Dakota's population grew over 3% between April 2010 and July 2012. This makes the Roughrider State the fastest growing in the country. . 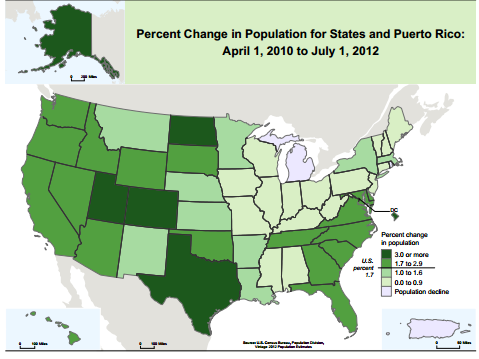 The Bakken boom is just getting started
Incredibly, we may still be in the early innings of the Bakken expansion. According to a research note from Goldman Sachs, total Bakken and Three Forks production could exceed two million bpd by 2021. 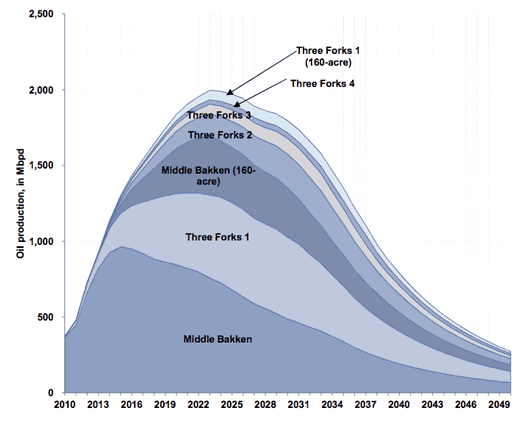 Bakken wells live fast and die young
What's notable about shale fields like the Bakken are the steep well decline rates. Over its 45-year lifespan, the typical Bakken well will produce 665,000 barrels of oil. However, almost all of that output occurs during the first year after the well has been drilled.

As this chart from Kodiak Oil & Gas (NYSE: KOG) shows, production from the average Bakken well falls over 90% less than four years after its drilled. 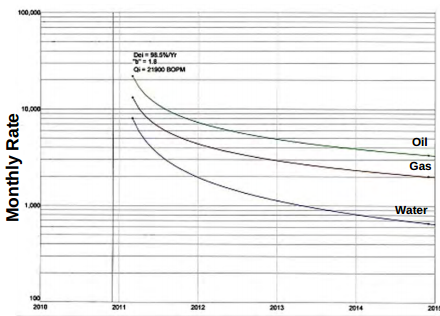 Costs are falling
One notable trend in the Bakken is that while production is growing, the number of wells operating in the region is actually declining. 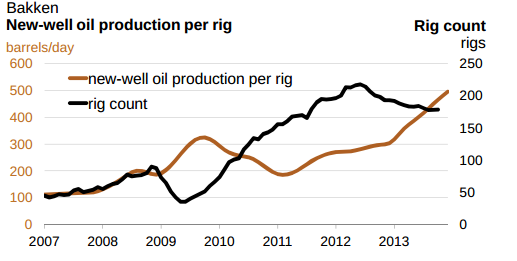 This can be mostly credited to the shift to padd drilling. This new technique allows operators to drill multiple wells from a single site, or padd, greatly employing efficiency and reducing surface disturbance.

Pad drilling, in combination with the falling cost of hydraulic fracturing services and other operation efficiencies, has significantly reduced the cost of doing business in the Bakken. Oasis Petroleum (NYSE:OAS), one of the leading operators in the region, has seen its average well completion costs fall 25% to $8 million per well over the past two years. 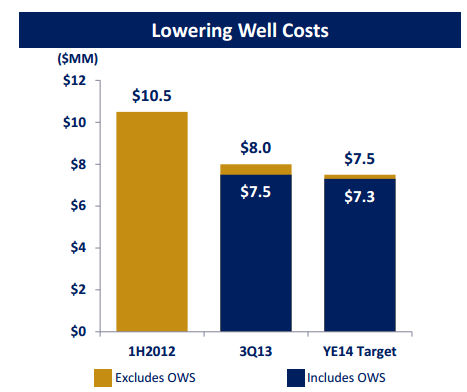 While rapid production growth steals all of the headlines, it's important to note that more of that revenue growth is trickling down to the bottom line. When you multiply Oasis's cost savings across the 28 net wells the company drilled this summer, you get $70 million in quarterly cost savings.

A lack of infrastructure is holding back growth
But such a boom doesn't come without problems. North Dakota's energy infrastructure has struggled to keep up with surging production. Due to transportation constraints, Bakken oil trades at a discount to other crude benchmarks. 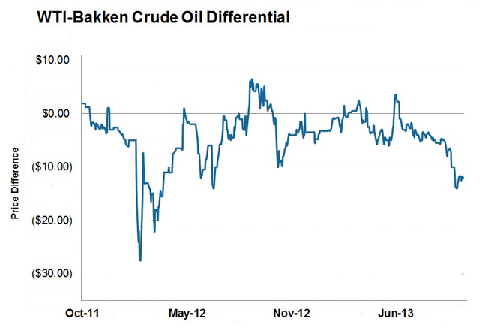 Enbridge (NYSE:ENB), one of the largest shippers in the area, is rushing to catch up. Earlier this year the company announced plans to nearly double its Bakken capacity over the next two years to 725,000 bpd.

Yet despite these efforts, pipelines continue to lose market share. Three years ago, over three quarters of Williston crude was shipped by pipeline. Today, rail now accounts for almost 70% of Bakken shipments.

Crude-by-rail has become an increasingly important marketing option for Bakken operators. EOG Resources (NYSE:EOG), for example, now ships nearly all of its Bakken production via rail. The move has allowed the company to take advantage of price differences across the United States.

Foolish bottom line
The Bakken is one of the most important developments in the U.S. energy industry. Yet the play is still in its infancy. Investors should definitely keep this field on their watchlist.