China declared a new Air Defense Identification Zone, or ADIZ, last month, annexing a good portion of the airspace over the East China Sea. Japan is not pleased -- but investors in some of America's biggest defense companies should be. 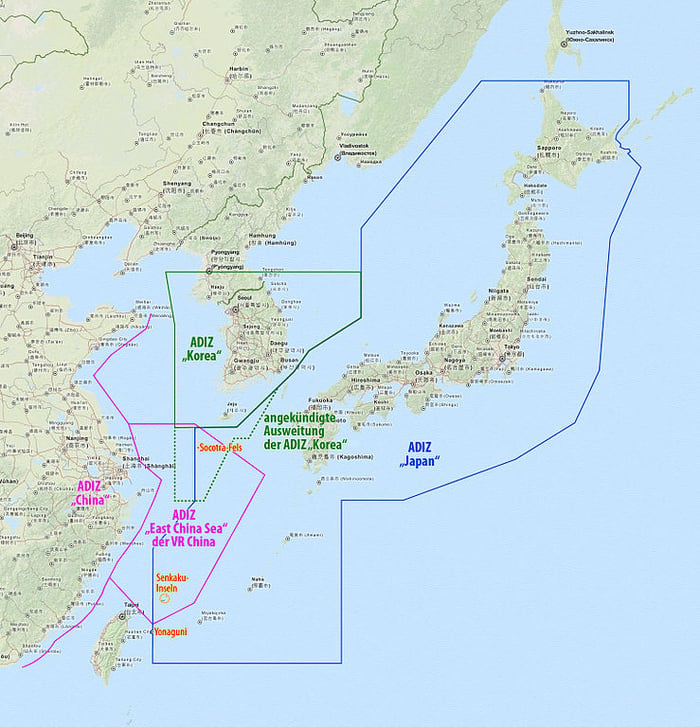 Responding to a rising tide of threats in its neighborhood -- not only from China, but from North Korea as well -- the government of Japanese Prime Minister Shinzo Abe this week promised to make sizable investments in building up Japan's military forces. Specifically, over the next five years, Japan intends to spend $240 billion buying and servicing new equipment for its military.

"240 billion here, 240 billion there. Pretty soon ..."
That's quite a big wallet that Abe is opening up, and promising to hand cash out of. But what precisely does he intend to buy? And more importantly for investors, which companies will he be buying it from?

According to DefenseNews.com, the Abe administration has its eye on a wide assortment of aircraft to help it patrol the East China Sea, defy the Chinese ADIZ, and assert Japan's interests in the area.

"Surveillance drones" and "long-range surveillance planes" are said to be front and center on the shopping list. This would seem to make Northrop Grumman (NYSE:NOC), manufacturer of the Global Hawk high-altitude, long-endurance drone, and Boeing (NYSE:BA), maker of the P-8A Poseidon intelligence, surveillance, and reconnaissance aircraft, leading contenders for a piece of Japan's defense spending pie. And as luck would have it, Northrop is right this moment developing a "Broad Area Maritime Surveillance," or BAMS, version of its Global Hawk.

But Japan's shopping cart won't stop there. No sooner will Abe exit the airplanes department, than he plans to turn the corner and begin rolling right up the armored vehicles aisle. Because a cornerstone of Japan's new, more defiant stance in the East China Sea will be the creation of a "special Marine Corps-like unit" to guard Japanese island possessions that lie within what China now describes as "its" airspace.

Reportedly, Japan has already determined that it needs both V-22 Osprey tilt-rotor aircraft, which are jointly manufactured by Boeing and Textron (NYSE:TXT), and amphibious assault vehicles -- most likely manufactured by General Dynamics (NYSE:GD), to make this unit into a viable amphibious warfare threat.

Is this for real?
How serious are the Japanese about undertaking this military buildup? Serious enough that last month, The Wall Street Journal reported that Japanese legislators have been talking about building an aircraft carrier -- the country's first since World War II. That's a serious hot-button issue in Japan. If they're talking carriers, they're probably talking serious.

And investors should seriously consider buying into this trend.