During the recession, many state governments had a lot of trouble balancing their budgets. Lottery revenue was a crucial part of keeping those states' finances afloat. As you'd expect, some are a lot more dependent on lottery-related revenue than others. Based on information from and calculations by the Tax Foundation on the profitability of various state lotteries, along with Census Bureau data on population, here are the five states that pull in the most money per person from their lotteries. 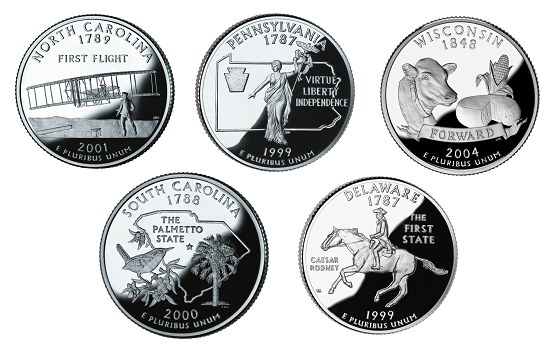 5. North Carolina, $139 per person
North Carolina only got its own lottery in 2005, with the establishment of the North Carolina Education Lottery. The state's law sends 100% of net proceeds toward defraying educational expenses, including reducing class sizes, establishing pre-kindergarten programs, building schools, and providing college and university scholarships. In its most recent annual report, the lottery transferred $457 mllion to the state government.

4. Pennsylvania, $144 per person
The Pennsylvania Lottery claims that it's the only lottery in the nation that designates all profits to senior citizen residents. The state raised $248 million last year for senior centers and hot meals, $190 million for low-cost prescription drug programs, $159 million for free transit rides and other transportation, $282 million in property tax and rent rebates, and $309 million toward long-term living services. All told, the lottery has generated $23.7 billion in its 41-year history toward programs like these.

3. Wisconsin, $316 per person
The Wisconsin Constitution requires that all lottery proceeds be used exclusively for property-tax relief. Since its beginning in 1988, the Wisconsin Lottery has generated $3.5 billion for property tax credits, representing almost 31% of the total revenue that the lottery has brought in. Just in the most recent year, tax credits of almost $150 million came from the net proceeds of the lottery. The lottery and gaming tax credit is available to any resident who owns a dwelling as a primary residence as of Jan. 1, with amounts proportional to the value of property up to certain maximum limits and local school tax rates that apply.

2. South Carolina, $339 per person
Like its neighbor to the north, South Carolina also has an education lottery. As of the most recent fiscal year, more than 26% of the money earned from the lottery went toward supporting educational programs for South Carolina students, including direct assistance to schools, as well as scholarship and grants for resident students. The Lottery Tuition Assistance program supports the state's Technical College System, with funding for students of all ages. A more traditional scholarship system for undergraduate students attending South Carolina schools is also available. Various programs are based on a combination of merit, need, and membership in certain activities such as the National Guard. Last year, the state awarded almost 120,000 scholarships.

1. Delaware, $361 per person
Delaware doesn't designate its lottery proceeds to any particular need, instead simply transferring money to its general fund. Delaware has generated more than $3.9 billion from its lottery since 1975, with the lottery producing $269 million in contributions to government revenue in 2012 alone, making it the state's fourth-largest source of revenue. That's consistent with its legal mandate to return at least 30% of ticket revenue to the general fund for use in state services.

Lotteries will endure
Even though the math behind lotteries makes them a bad financial bet, it's clear that states rely on them for a huge amount of revenue. Eliminating lotteries would devastate state revenue, especially in these five. That's one reason why lotteries have joined with Las Vegas Sands (NYSE:LVS) mogul Sheldon Adelson to fight online gambling, which could take away some revenue that currently goes to lotteries. At the same time, Caesars Entertainment (NASDAQ:CZR) and other casinos that stand to benefit from online gaming have taken the other side of the position. Regardless, lotteries should continue to fight for their share of gambling revenue in the years to come.