According to the World Health Organization, as of 2011 there were 12,420 different diseases and health-related ailments. In other words, you should be thanking your immune system and modern medicine before you go to sleep each and every night.

Of those numerous diseases, perhaps none is more common than infectious diseases, which are defined by WHO as "any pathogenic microorganism that can be spread directly or indirectly from one person to another."

In a given year, we are literally talking about billions of people that will contract an infectious disease. Keep in mind, of course, that this could be something as simple as the common cold, which is often nothing more than a nuisance, to something as serious as the HIV/AIDS virus, which has claimed nearly 14 million lives since the epidemic began in the 1980s. Based on WHO's statistics, the combination of AIDS, malaria, and tuberculosis is responsible for half (approximately 5 million) of all infectious-disease deaths each year. 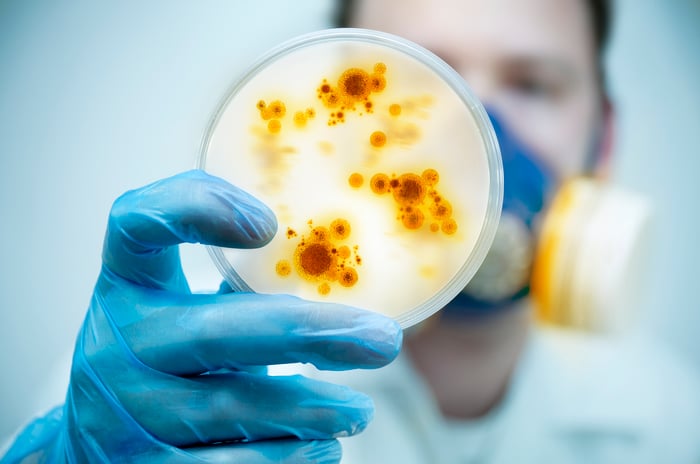 With that in mind, today we're going to look at the five most common infectious diseases around the globe. As we go through these infectious diseases, one by one, understand that much of this data is estimated because it's difficult to get a bead on infection rates in developing countries where access to health-care can be limited. Therefore, the figures can be left up to a little interpretation based on the statistics from WHO and the Centers for Disease Control and Prevention.

In addition, we'll also look at what, if any, global pharmaceutical companies may be able to take advantage of these multi-million-person, and even billion-person, opportunities.

So, without further ado, here are the five most common infectious diseases.

Hepatitis B
According to current statistics, hepatitis B is the most common infectious disease in the world, affecting some 2 billion people -- that's more than one-quarter of the world's population. This disease, which is characterized by an inflammation of the liver that leads to jaundice, nausea, and fatigue, can lead to long-term complications such as cirrhosis of the liver or even liver cancer. The concern is primarily for those who carry the chronic form of the disease, which is estimated to be about 350 million people.

Perhaps one of the best known therapies here is Gilead Sciences' (GILD 0.98%) Viread, which was approved in the U.S. in 2008 and blocks an enzyme that the hepatitis B virus needs to replicate in liver cells. According to Gilead's third-quarter report, sales of the drug were up 11% through the first nine months over the previous year, and it should deliver more than $900 million in cumulative sales by the time fiscal 2013 is over. With a strong presence in AIDS therapies as well, Gilead is quickly becoming an infectious-disease juggernaut.

Another name to keep an eye on here is Dynavax Technoloogies (DVAX -2.30%). Although the FDA has been less than cooperative with Dynavax's attempts to bring Heplisav to market, implying that the company may need to run an additional trial to satisfy its safety concerns, Heplisav had demonstrated impressive efficacy in clinical trials.

Malaria
Malaria, a mosquito-borne disease that tends to affect children the most in tropical and subtropical climates, affects more than 500 million people annually and results in anywhere between 1 million and 3 million deaths. Behind hepatitis B, it appears to be the second most-common infectious disease, and it certainly is one of the most deadly on an annual basis.

Increasing public awareness of the dangers of mosquitoes in tropical and subtropical climates has helped somewhat, but malaria cases have unfortunately been on the rise again in recent years. The most common anti-malarial medication available is an oral therapy known as Lariam, which the U.S. Army invented in the late 1980s but was licensed to Roche (RHHBY 1.08%), which sold it through August 2009. The drug is now sold in generic versions.

While a relatively effective first-line preventative treatment and second-line therapy following contraction of the disease, Lariam also has a laundry list of side effects, including serious neurological and psychiatric side effects that, in July, prompted the FDA to beef up its stance concerning Lariam with a black-box warning.

Hepatitis C
Hepatitis C is a less common and less severe form of hepatitis, but it almost always develops into a chronic, not acute, condition, unlike hepatitis B. Although only 3 million to 4 million new cases are reported each year, some 180 million people worldwide suffer from this chronic condition, which can lead to liver cancer or cirrhosis of the liver over time.

Advancements in the U.S. for treating hepatitis C have been nothing short of breathtaking over the past three years. Three years ago, the standard of treatment involved pegylated interferon and a ribavirin over the course of 24 or 48 weeks. The net result was a response (not a cure, just a response) in around 50% of HCV-positive patients. With the approval of Gilead Sciences' Sovaldi earlier this month, patients with genotype 1 (the most common form of the disease) can expect a sustained virologic response, or SVR (an undetectable level of disease), after 12 weeks in more than 90% of cases.

In addition, AbbVie (ABBV 0.14%) is also developing its own direct-acting antiviral combo drug, which has demonstrated a 12-week SVR of greater than 90% as well in the tough-to-treat genotype 1 patient subset. It's extremely rare to develop a cure for such a global disease nowadays, but we could well be on our way to one when it comes to treating hepatitis C. 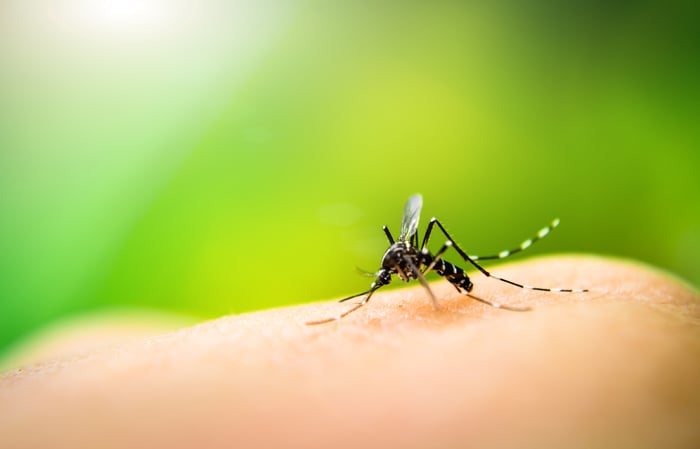 Dengue
It's at times like these that we curse mosquitoes, because a very specific type of mosquito (Aedes aegypti) is responsible for the transmission of dengue to approximately 50 million people each year. Dengue is most common in Africa and Asia and thankfully occurs in only mild to moderate forms, which can cause high fever, severe headaches, and joint and muscle pain, but rarely leads to the death of the infected patient.

Amazingly enough, even though this infectious disease affects some 50 million people annually, there isn't a specific drug designed to treat dengue fever. The most commonly prescribed medication to reduce the symptoms associated with dengue fever is ... Tylenol. That's right, Johnson & Johnson's (JNJ 0.13%) Tylenol, whose active ingredient is acetaminophen, works to reduce both fever and muscle pain in patients. In the most serious cases of dengue fever, IVs and blood transfusions may be needed.

Tuberculosis
As I mentioned previously, estimating new and ongoing cases for some of these diseases can be downright difficult, and perhaps none more so than tuberculosis. TB is caused by a bacteria found in the lungs that can cause chest pain and a bad cough, as well as lead to a number of other nasty side effects. According to WHO, it's also the second-leading global killer behind AIDS as a single infectious agent.

The majority of TB-associated deaths (95%) occur in low- to middle-income countries where TB awareness and prevention simply aren't where they need to be. The good news is that TB death rates on a global basis are falling; however, there were still 8.6 million new cases of TB reported last year, and roughly one-third of the world's population carries a latent form of TB, meaning they've been infected but aren't ill and can't transmit the disease yet.

While many of today's TB treatments have long since come off patent, the FDA did approve a new drug in late 2012 named Sirturo, made by Johnson & Johnson, to treat multidrug-resistant TB. Plainly put, not all strains of TB respond to the common forms of treatment, and MDR-TB is an especially virulent killer, so Sirturo has a genuine shot at treating what is essentially the worst of the worst when it comes to TB strains. Peak sales estimates for the drug range between $300 million and $400 million.

The Motley Fool owns shares of, and recommends Johnson & Johnson. It also recommends Gilead Sciences. We Fools don't all hold the same opinions, but we all believe that considering a diverse range of insights makes us better investors. The Motley Fool has a disclosure policy.