It's been a solid year-long ride for Boeing (NYSE:BA) as its share price as soared nearly 80% higher and the aviation juggernaut doesn't look to slow down anytime soon. Over the weekend, its machinist union agreed to a contract extension that will keep production and likely the final assembly of its next generation 777X at its Everett, Wash., plant. That's a good sign for investors as moving the assembly to another location with a less experienced workforce could have created production problems and delays.

Monday brought more good news for the company. Boeing and Air Algerie today announced an agreement for eight 737-800 commercial airplanes. The order, when completed, will be worth $724 million to Boeing and its investors. Boeing's 737-800, the next generation of its popular 737 single-aisle airplane, has sold more than 4,500 airplanes to the world's leading airlines and this agreement will help Boeing strengthen its presence in the region.

"Air Algerie has been a major player in North African aviation for more than 50 years and has already experienced the enhanced performance and improved economics of the 737-800," said Van Rex Gallard, vice president of Sales for Africa, Latin America, and the Caribbean, Boeing Commercial Airplanes, in a press release. "Today's commitment for additional 737-800s underlines Air Algerie's position as a leading carrier committed to providing its passengers with a wide choice of destinations and exceptional in-flight comfort."

This is another positive sign for Boeing investors as the 737 family is the "most technologically advanced single-aisle airplane family" in the industry, according to the company. That's great because growth in the single-aisle commercial airplane segment looks to surge in the coming decades, according to Boeing predictions. 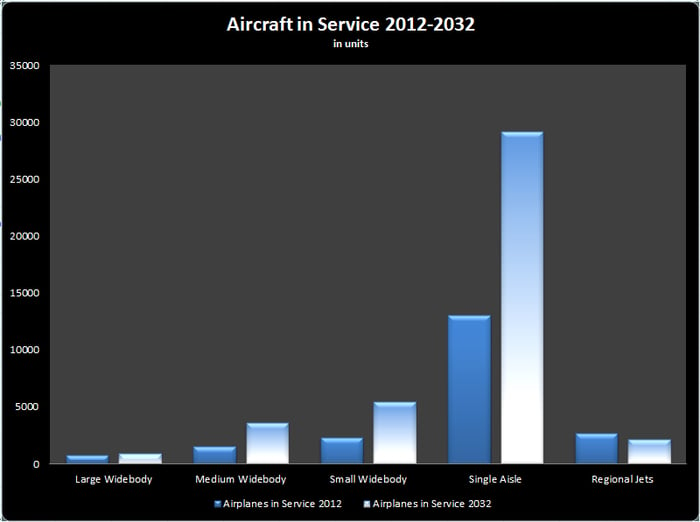