Bitcoin passed the $1,000 threshold once again, following Zynga's decision to start testing the virtual currency. Is Bitcoin's soaring price a good thing, after all?

It didn't take long for Bitcoin, the stateless currency that has economists and technophiles at loggerheads, to break through the $1,000 barrier for the second time. Following a 50% crash in December, Bitcoin's value is again on the rise thanks to Zynga (ZNGA). The social gaming company decided to start testing the virtual currency for seven of its online games, fueling a price run-up and causing Bitcoin evangelists to smirk.

Should we whoop it up or keep calm and wait for the next crash? 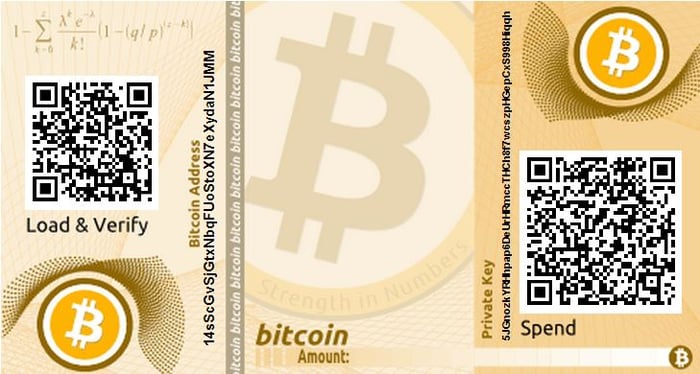 Too big to ignore

It was only a matter of time before the company that sells virtual goods started accepting payments in the world's most controversial virtual cash. In a Reddit post, the Zynga team said it is currently "testing expanded payment options for players to make in-game purchases using Bitcoin" through the leading Bitcoin service provider, Bitpay.

While it's just a test and it's not clear yet how long it's going to last, Zynga is not the only one trying to cash in on Bitcoin's growing popularity. Bitcoin may be evil, as Paul Krugman persistently argues, but it's definitely too big to ignore. From small, brick-and-mortar stores to large online vendors, more and more sellers (especially in the U.S.) are, slowly but surely, warming to Bitcoin as a way to boost their revenues by luring virtual-money fans. Their enthusiasm over this decentralized currency makes sense, since every 10 minutes, 25 new Bitcoins are digitally mined.

"We think there's an underserved part of the market that wants to use Bitcoins and can't," said Patrick Byrne, CEO of Overstock.com (OSTK 0.78%), in an interview last month. Overstock is also joining the Bitcoin club and plans to start accepting the currency later this year.

Apparently, Bitcoin is good for business. In fact, according to a Business Insider article, "in some ways, it's attracting more business," said Greene Avenue Market manager Dan Lee, who started accepting Bitcoin several months before it passed the $1,000 threshold for the first time. "People have traveled from other places to our stores because we accept Bitcoin. A few have become regulars because they only want to use Bitcoin."

But if you are one of those who own the digital cash, do you really want to spend it on organic milk or virtual potatoes?

Why spend Bitcoin after all?

Bitcoin created millionaires overnight. If you had bought 100 Bitcoins four years ago, today you would be sitting on a small fortune. Not to mention, according to a recent CoinDesk poll, 56% of 5,500 Bitcoiners expect its price to reach $10,000 this year. So, if you do own Bitcoins, why not hoard it instead?

Long story short, the whole Bitcoin-hoarding fray goes something like this:

Since the Bitcoin system is mathematically designed to only have 21 million Bitcoins ever released into circulation, Bitcoin is a "deflationary currency." In other words as demand for it increases, its value can only go up. In turn, this economic incentive should drive people to hold their Bitcoins rather than spend them, meaning that the currency will eventually fail to live up to its advocates' expectations, let alone, help Zynga increase the number of its active users.

However, available empirical evidence suggests otherwise. Since 2009, the number of worldwide Bitcoin transactions has increased along with its price. People are indeed willing to invest in Bitcoins, trade them and, in some cases, spend them. And as Simon Johnson, professor of entrepreneurship at the MIT Sloan School of Management, told Wired, "the whole idea that people won't make payments with something that's finite and held as a store of value is not correct."

What's the problem then?

Bitcoin creates millionaires out of thin air. Don't you think there's something wrong with that? Is Bitcoin-generated wealth equally distributed? A recent empirical analysis of the Bitcoin transaction network tackles this issue by measuring Bitcoin's Gini coefficient – the key barometer of wealth distribution, where a value of 0 represents total equality and a value of 1 represents maximum inequality. The analysis reveals that, throughout the network's lifetime, the Gini coefficient reached a stationary value of around 0.985.

In a world that's as economically unequal as it can get, what does Bitcoin's soaring value really have to offer?

Bitcoin is still too young and not widely accepted. In other words, the Bitcoin wealth could be redistributed down the line as the Bitcoin economy continues to grow and provided that more and more people are willing to trade it and spend it. Bitcoin is a decentralized currency that can be virtually "unearthed" by anyone in the world, after all. But mining this digital currency is not as easy as it sounds. It takes a really sophisticated and expensive machine to create just a handful of Bitcoins.

How can we be sure that those who actually can mine Bitcoins aren't just cold-hearted self-seekers? In 2140, when Bitcoin reaches its upper limit of 21 million virtual coins in circulation, who's going to have the most out of the world's Bitcoin wealth? Most importantly, what is he or she going to do with it?