Once again Amazon had a record holiday season and, as usual, the company announced its best sellers. Which publicly traded companies in addition to Amazon benefited from this list?

Millions refused to brave the malls and instead shopped online with Amazon (AMZN -8.43%), which made for another banner year for the e-tailer.

All fun and games
Obviously, media, games, and toys are hot every holiday season. This holiday season's big winners were -- no big surprise here -- Microsoft and its Xbox One as well as Sony's Playstation 4. At the peak of sales, orders came in at 1,000 units per minute. 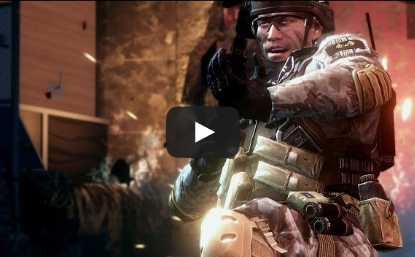 Actual games aside, for investors Activision is a better gaming stock than competitor Take-Two (with its negative earnings) or Electronic Arts (which has a trailing earnings multiple of 31 compared to Activision's 17.12 trailing multiple and yield of 1.10%). Call of Duty: Ghosts has been a big hit since its November release; it is the No. 1 multiplayer game for Xbox and PS4 in terms of retail sales.

Elsewhere on the fun front, toys were flying off the virtual shelves. Amazon says it sold more than five toys per second... just on mobile devices.

On Dec. 26, a Zacks' analyst wrote "the turnaround of Barbie -- the company's powerhouse brand in the third quarter was noteworthy. We believe, Mattel's solid product line-up, strategic association with entertainment companies and expansion into the emerging markets will bode well for future growth." For more about Mattel's entertainment associations, click here.

Harkening back to Amazon's roots, books -- one series in particular -- had a big holiday season. The enormity of sales of books in the Divergent series -- Divergent, Insurgent, Allegiant, and the complete box set -- was described by Amazon as enough "to wrap around Chicago's Pier Park Ferris Wheel 263 times." Assume that means these books sold a lot.

The big beneficiary here is Lions Gate Entertainment (LGF-A -2.46%), which will release the first in its Divergent movie franchise soon. The book buying bonanza -- generating plenty of pre-release buzz -- hints at Hunger Games-like success for this franchise.

Lions Gate is a special situation as it has been a momentum name since the first Hunger Games movie in 2012. It is a huge content provider with a video library of more than 15,000 titles. Along with dystopian teen franchises, Lions Gate also owns the Tyler Perry opus and popular horror franchises like Saw.

The company distributes six to seven feature films annually with Roadside Attractions, in which it holds a 43% stake, and another six to eight films per year aimed at U.S. Latinos through a partnership with Televisa. Lions Gate is entering into more distribution and production collaborations like its Netflix partnership on Orange Is The New Black.

The company has reduced its debt by $277.8 million and announced it will pay a quarterly dividend of $0.05 per share, and it now yields 0.60%. For the second year straight Lions Gate is the only independent studio of its size to book over $2 billion annually.

The ultimate holiday 2013 winner...
Despite problems with UPS and FedEx deliveries, the big winner was Amazon itself, recording its best holiday season ever. Of course, they say that every year, which only helps solidify the everything e-tailer's place in the retail world.

Amazon reported more signups for its Prime memberships -- the portal to its Amazon content and e-tail ecosystem -- with more than a million memberships sold in the week before Christmas alone. Every second on Cyber Monday Amazon sold 426 items, setting a record for the e-tailer.

One of its annual Holiday Fun facts revealed, "Amazon.com shipped enough items with Prime this holiday to deliver at least one gift to every household in America." Prime has always been vulnerable to bear-thesis thinking but this holiday season it looks like that thesis eroded.

Another part of the bear thesis was that Amazon wasn't selling enough Kindle devices to make a profit. Bears saw the Kindle as basically a loss leader to get people on Prime.  The company, ever coy with actual numbers, did say that millions unwrapped Kindle devices for the holiday and that it was the best year ever for the same.

Amazon also has the highest trailing earnings multiple of these names. If I've typed that once, I've typed it a hundred times. Only the actual number changes... now it's a stunning 1,404.89.

So which stocks have upside? 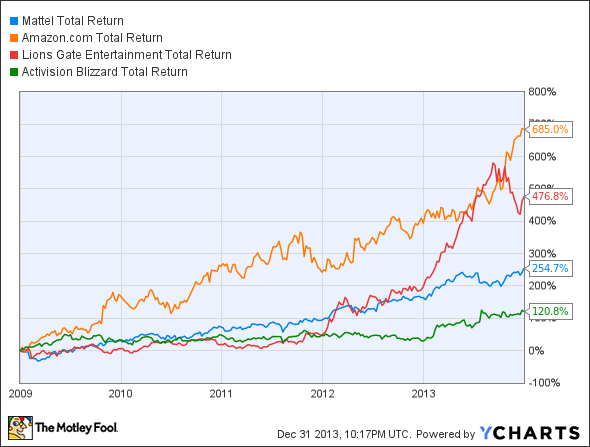 The value investor will look first to Mattel. Growth investors may look to Lions Gate, which still has two more Hunger Games installments through 2015 and looks to be in stronger financial shape than ever. Activision is reasonably priced with a yield and Call of Duty: Ghosts may improve the top and bottom lines.

Amazon is always a leap of faith but again it has had a great holiday and it has been increasing the size of its media and book title selection and adding original content.

Christmas 2014 comes early for investors ready to dive in