American International Group and ING U.S. are taking two very different approaches to their branding revamps. But is one better than the other? 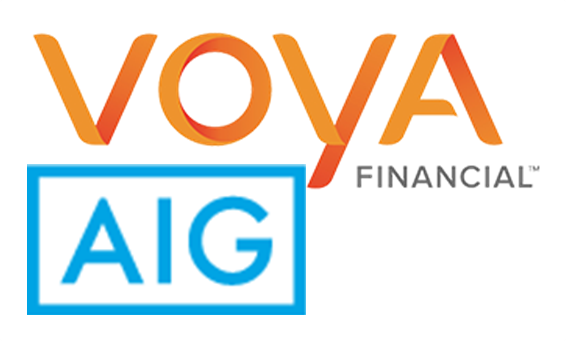 Ever wish you had an alias so that people wouldn't recognize you after you'd done something most people frowned upon? It's a feeling that both American International Group (AIG -3.12%) and ING U.S. (VOYA 0.02%) are familiar with.

There's no question that the financial crisis and subsequent bailouts of both AIG and the Dutch ING parent company left some stigma-residue on the companies' names. But the two companies are handling the challenge in two very different ways as they try to embrace a new rebranding strategy.

Going Dutch
During the financial crisis, the Dutch-based ING Group was bailed out by the government and forced to create a restructuring plan. Within that plan was the need to divest itself of numerous operations, including its U.S. division. In May of last year, the U.S. operations went public under the name of ING U.S., but with one caveat -- the business would be rebranding under the name Voya Financial in the future.

Well, the future is upon us, and ING U.S. will be gone as of April 7, with its other subsidiary businesses changing shortly thereafter. Though the company has made the name-change plans clear from the beginning, there are still chances that customers will have concerns about their accounts and what the change means to them.

Backtracking
AIG, on the other hand, is doing a 180 from its first actions following the financial crisis. Since the company's name was so out of favor with the public following its near-collapse and bailout, the megainsurer stopped using the AIG name in its business titles. Though the company continued to operate its American General division, it was no longer touted as AIG American General to clients.

Now that the insurer has paid off its debt to the government and fully recovered from crisis-mode, the initials are back in business. With the announcement of a new "premier" advisor network, the insurer was proud to christen it as the AIG Financial Network. Promising great opportunities for advisors who what to work with American families and small businesses to guide them to financial success, the AIG Financial Network is putting the strength of the AIG brand right at center stage.

So which is better?
From an investor's standpoint, it may be difficult at first to determine whether either of the companies has an advantage based on their choice of rebranding.

The best way may be to think about the ways customers will view the changes. As I mentioned, there will be some confusion on the part of ING U.S. customers regarding the name change. Though there won't be any effects on the customer accounts or management, there will be one huge effect that the Voya brand cannot avoid -- a loss of recognition.

The change to Voya has been on the forefront of management's mind since the company's IPO in May 2013. But for prospective clients, the loss of the recognizable ING brand may hurt the company's new business marketing. Voya will just come across as another new entrant to the crowded life insurance and retirement market.

AIG, on the other hand, has the opposite problem. Though customers may have initially balked when the initials were dropped in 2009, they were still doing business with a familiar company. Now, the insurer has to be certain that the majority of prospective clients aren't among the crowd that still sees the AIG name as a pariah on Wall Street.

Only time will tell
There is only one way to figure out which of the two insurers did it best -- wait and see. But for now, investors can be sure that the favorable market for the companies' products is sure to drive new business to both. With retirement and life insurance needs on the rise, both are favorably set within the insurance marketplace to benefit from an influx of new money.

Fool contributor Jessica Alling has no position in any stocks mentioned. The Motley Fool recommends, owns shares of, and has options on AIG. We Fools don't all hold the same opinions, but we all believe that considering a diverse range of insights makes us better investors. The Motley Fool has a disclosure policy.