Looking at the key numbers and story lines investors should watch when IBM reports on Tuesday.

After performing beautifully over the last 10 years, shares of International Business Machines (IBM -1.11%) took a shellacking in the second half of 2013. 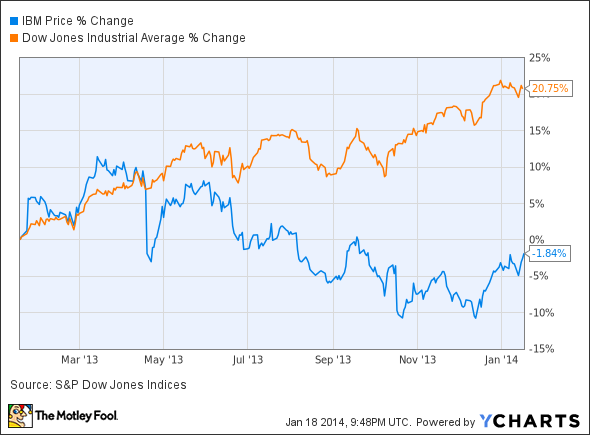 As it heads into 2014, IBM still needs to address several of the key issues that concerned investors in the second half of this year.

Sales slowdown
Far and away, the greatest issue IBM needs to overcome is its top-line growth, which could be described as anemic at best. IBM widely expected to see sales slump once again when it reports earnings this week. All told, this will mark the 7th consecutive quarter of sales declines for Big Blue with no obvious driver to acutely alleviate this ugly trend in sight.

However, looking toward next year, investors should also expect IBM to continue to make progress toward its long-stated goal of growing its operating earnings per share (OEPS) to an impressive $20.00, much of which has been driven by share buybacks of late.

In the video below, tech and telecom analyst Andrew Tonner breaks down some of the key metrics and story lines that investors should be watching heading into IBM's earnings on Tuesday.

Fool contributor Andrew Tonner has no position in any stocks mentioned. The Motley Fool owns shares of International Business Machines. We Fools may not all hold the same opinions, but we all believe that considering a diverse range of insights makes us better investors. The Motley Fool has a disclosure policy.