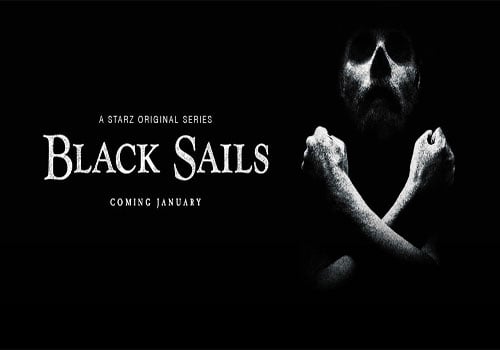 When you think of original series on pay cable, chances are your mind goes to HBO's Game of Thrones or Showtime's Californication. Starz (NASDAQ:STRZA) has been trying to change that perception for years. The network has not had the best luck, but 2014 will see a number of high-profile series set sail on Starz, including the much buzzed about Black Sails. The pirate drama debuts Saturday night. But while it has been given the exposure needed to infiltrate pop culture, you have to wonder if this will be the one that breaks though.

You can count the number of successful hit drams on Starz's resume on one hand ... honestly, you probably just need one finger. Spartacus debuted in 2010 and was the network's big splashy entry to the world of original dramatic series that was dominated by its pay cable rivals.

The series worked and got audiences talking about the new kid on the block. But sadly its success was brief as series lead Andy Whitfield fell ill with cancer. The actor was not only talented, but extremely well-liked and Starz took the high road and put the series on hold during his recovery. Unfortunately, Whitfield passed away and the network was forced to recast. Despite the best attempt of Liam McIntyre to carry the mantel, the show ended two years later.

Spartacus also helped pigeonhole Starz as "that network with period dramas." It would be one thing if they worked, but shows like Camelot and mini-series like The Pillars of the Earth never really moved the needle. Current series like Da Vinci's Demons andThe White Queen have done little to spike viewership.

Even more modern series like Boss and (the incredibly underrated) Magic City couldn't find a find a foothold despite strong critical response. It soon became clear that Starz couldn't figure out what it wanted to be and audiences got tired of guessing. Enter Black Sails, a new drama from bankable Hollywood producer Michael Bay. So how is Sails different?

For one, Bay is a well-known name with a solid reputation for creating action franchises. He'll bring credibility to the project. The series is also very different from past Starz originals in terms of story and tone. Its goal is to steer away from the traditional "boobs and blood" mantra that is associated with most every premium cable series, regardless of network.

Sails is designed as a prequel to Treasure Island and follows Captain Flint (Toby Stephens), one of the most feared captains of New Providence Island, as he and his crew target a fabled Spanish ship loaded with gold. Joining Flint are characters that include a rival band of pirates and a saloon owner (Hannah New) on the mainland who has her hand in many businesses.

Producers have also made it clear they are doing away with pirate stereotypes like parrots and peg legs. This is meant to be a pirate series without the usual pitfalls that accompany one. So far all of those initiatives have seemed to work -- early reviews have been largely positive, as was the reaction to the screening at Comic-Con last year.

Overall, the series looks promising and the network's already renewed it for a second season. Yet that's more par for the course than a full endorsement. Starz usually orders a second season of its big shows very early. It's the network's version of a peace offering to fans who have been burned by other trigger-happy networks ... a way of saying "it's OK to get invested, we promise this show isn't going anywhere." HBO and Showtime have also done this, but they generally wait a week or two into the show's run.

Still for as much as Black Sails has going for it, it's not going to be all smooth sailing. To start, Sails lack's a flashy cast. I doubt the average TV watcher will be able to identify a single member of the ensemble on first glance. That's not to say you need a megawatt cast to succeed, but in a case like this, one boldface name would have helped.

The other problem is its time slot. Starz has flipped the script in recent months, airing its original programs on Saturday night and its acquired Hollywood hits on Fridays. HBO tried something similar a few years ago by shifting its movies to Sundays, but quickly abandoned those plans.

I don't know how long Starz will keep this strategy either but I don't think it's doing Sails any favors. Theoretically its male audience won't be home watching this show live, but then again with time shifting and binge-viewing such a factor these days, Starz may not care as long as they find time to watch at some point (and on some device).

A home run here with Sails would be a big deal not just for the network, but also as a proverbial shot across the bow to HBO and Showtime. Network topper Chris Albrecht (who incidentally used to run HBO) is a very smart executive and he's not going to give up trying to launch a successful array of original programming. Eventually one of these projects is going to hit it big. Black Sails may be the closest one in a while to have a real chance.