Mortgage rates have been at historically low levels over the past few years -- but knowing where 2014 mortgage rates are going is essential for anyone considering buying a home.

Where we've been
Following the financial crisis, mortgage rates steadily inched further and further downward, hitting a low of 3.4% in December 2012. Yet the following 12 months were a different story as rates rose considerably, and in December 2013 the average for 30-year fixed-rate mortgages stood at 4.5%: 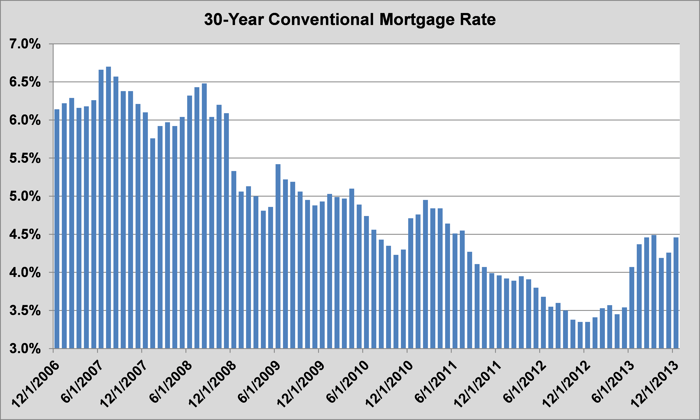 The low interest rates provided a number of economic benefits, including a boom in refinancing that helped both consumers and banks like Wells Fargo and Bank of America. Yet with rates on the rise, refinancing slowed to a screeching halt in the third and fourth quarters of 2013: 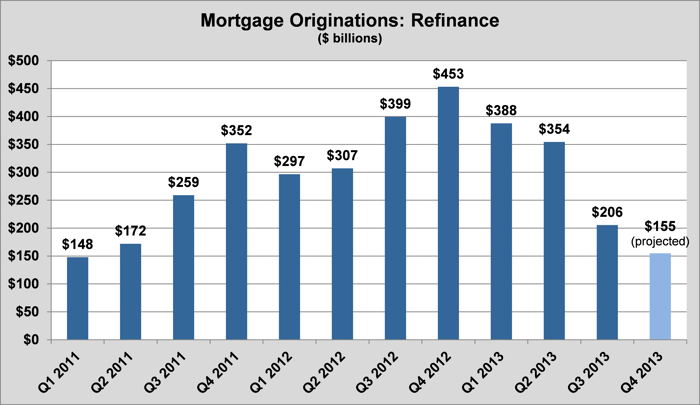 In fact, the Mortgage Bankers Association (MBA) projects there will be $439 billion worth of mortgages that are refinanced in 2014, which is actually less than the $453 billion posted in the fourth quarter of 2012, when rates were at their lowest. However, the news isn't all bad, as the MBA is also projecting that new mortgages will eclipse $677 billion in value, which would be the highest yearly total since 2008.

Of course, in all of this, it is important to remember that while the current rates hovering around 4.5% are higher than where they stood in 2012, they are still well below the historical levels seen over the past 40 years: 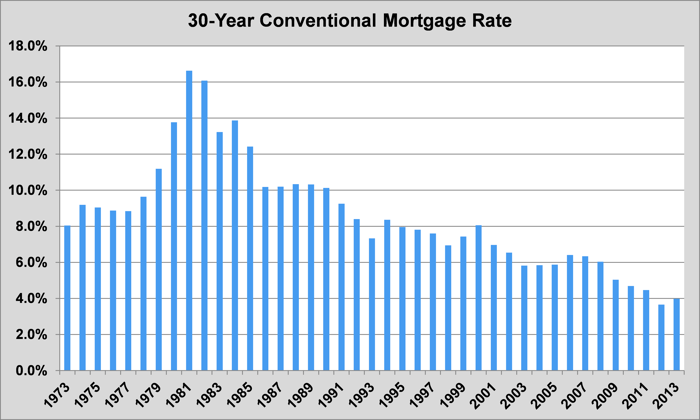 With rates well below historical averages, the natural question becomes: Where are mortgage rates going this year and beyond? 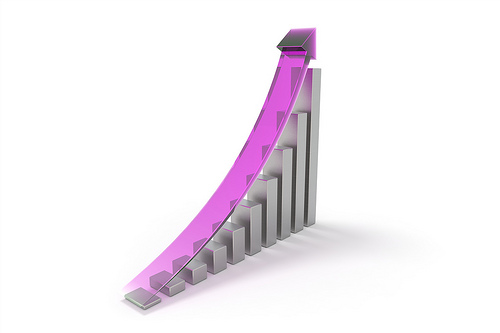 Where we're going
In short, all signs point to mortgage rates increasing in 2014. CoreLogic, an information and analytics firm, begins its January MarketPulse report by noting that "2014 is primed to be another eventful period in mortgage finance," and that "a litany of new regulations will be implemented [and] the economy is projected to improve," each of which will be "driving mortgage rates higher."

The aforementioned Mortgage Bankers Association sees rates in 2014 averaging 4.9% (versus just 4% in 2013), and says they will cross above 5% as the year progresses. In addition, it has guided that rates will be 5.2% for 2015. Economists at Wells Fargo also think rates will be on the move upward, but project 2014 mortgage rates to end the year at 4.9%.

While we don't know definitively where 2014 mortgage rates will go, all likelihood points to the reality they indeed are going up.