See what characteristics they share, and what advantages they hold for current and prospective homeowners.

Whether you want to or not, it's time to circle those calendars and prepare for tax season, which has crept up on us once again. While the act of doing our taxes is rarely enjoyable, a majority of taxpayers do receive a refund, so tax time can be akin to a forced savings account for many Americans.

Some taxes, though, extend on a year-round basis. We pay sales tax in most states on goods purchased 365 days a year, and if you have a job or are self-employed you're probably paying a tax that will go to the massive social-welfare tool for the elderly and disabled known as Social Security.

Another tax that has boundaries beyond April 15 is the property tax -- the most hated tax in America, according to a Gallup poll. 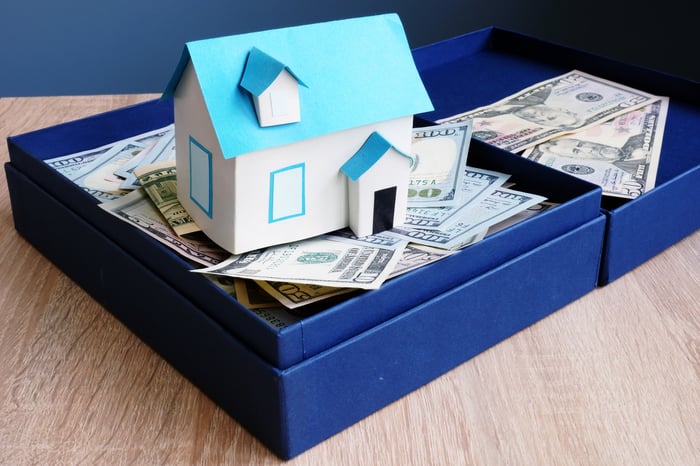 Why do we hate property taxes so much?

Property taxes are easily the most hated tax primarily because there's no set formula for figuring out how they'll work from one county to the next. According to a study conducted by Benjamin Harris and Brian David Moore at the Urban-Brookings Tax Policy Center in mid-November, the property tax paid as a percent of home value in a county can be as high as 4.2%, as in Shannon County, South Dakota, or as low as 0.25%, as in Vermillion Parish, Louisiana.

Property taxes can also be the largest out-of-pocket tax for taxpayers, occasionally eclipsing their federal or state tax liability. Few Americans like paying their bills, so the displeasure associated with this tax (which costs a mean of $9,647 annually in Westchester County, New York, the most expensive county to live in within the United States) is quite evident.

Finally, property taxes are based on the assessed value of your home, and property values have been all over the map in recent years, lending weight to the belief that you could be overpaying on your home. Mistakes on a property value assessment aren't uncommon, but not all mistakes wind up being serious in nature or affect your property value all that much.

10 states with the lowest property tax in America

Here are the 10 states with the lowest property taxes:

Whereas the highest-property-tax states have high concentrations of people in a generally small area, these 10 states generally have lower population density and a lot of open land. With plenty of land left for development and demand still relatively low, the price of land, and therefore property, tends to be relatively inexpensive in these states relative to the rest of the country.

Low property taxes also tend to correlate well with national median household-income levels. Based on data from the U.S. Census Bureau, averaged over a three-year period, six of the bottom nine states for median household income are listed in our table (Mississippi, Arkansas, Louisiana, South Carolina, West Virginia, and Alabama). This doesn't make these places undesirable by any means, but it does correlate to why home values are lower in these states, and thus why property taxes are also lower in nominal dollar terms.

As we saw yesterday, though, the figure for mean property taxes paid tells us only half the story, because it doesn't say anything about property values within a state. That's why it's also prudent to examine the property taxes paid as a percentage of home value in these states:

It's still evident that residents in these 10 states pay well below the national average in both nominal and percentage-of-home-value property taxes. But we can also see that residents of Delaware, despite paying nearly $500 more out of pocket annually, owe less as a percentage of home value (0.53%) than residents of West Virginia, who pay a mean of 0.62% of their home's value in property tax.

In addition to holding what might be construed as bragging rights throughout the rest of the nation, these 10 states also offer homebuyers cash-saving advantages.

The most obvious advantage of living in one of these states is that you'll pay very little out of pocket for property taxes. The majority of these states have a relatively low cost of living and reasonably priced homes, which translates into a lower-than-average out-of-pocket property tax. Furthermore, some states actually offer property tax exemptions, such as Louisiana, which allows homeowners to claim a homestead exemption on a maximum of $7,500 of assessed value, which helps keep its property taxes among the nation's lowest. The result is more money you can use to invest in your future. You might even say that these states represent the ideal retirement environment, since they require so little to be paid in annual property taxes.

The other advantage, which both the highest- and lowest-property-tax states can claim, is the ability to use property taxes as a deduction when you file your taxes. Clearly, this is a much bigger deduction for the 10 states we talked about yesterday, but we also have to think about it in terms of household income. Let's recall that the 10 states with the lowest property taxes also have lower median household income levels -- making even a $1,000 property tax deduction a sizable benefit for taxpayers.