Bigger screens made of a jewel. Is this the future of iPhone? What can we learn about Apple's process of innovation?

A patent application was reported for Apple (AAPL -0.26%) that shows how it continues to innovate in the mobile computing/communications space. More importantly, it gives the investor an insightful view into the strategic planning that sets Apple apart from other companies.

Apple has a particular focus on how to approach implementing innovative technology into its product line, and lead with breaking technology, while other companies always seem to be following. Look at two innovations in the iPhone 5s: the 64-bit processor, and the Touch ID sensor. In both cases, competitors are scrambling to catch up.

The main competitors include Google's (GOOGL -6.05%) Android and Microsoft's (MSFT 3.09%) Windows Phone 8. Samsung (NASDAQOTH: SSNLF), which makes both Android and Windows phones, has been rumored to be looking at biosensors, particularly iris recognition, in an answer to Touch ID. Meanwhile, NVIDIA has a new Tegra K1 system processor chip that comes in a 64-bit configuration, attempting to pass Apple's proprietary A7. They include very high-performance graphics processing hardware that is a major advance.

Android leading in larger phones
One aspect in which Android manufacturers have been leading is the move to larger-sized phones. Apple has missed this trend. Apple is overly obsessed with simplicity, and offers a simplistic line of each year's new phone, plus the last two phones at a discount. Apple has been slow to accept that one size does not suit all of the hundreds of millions of users in the world.

Now The Wall Street Journal reports that Apple will introduce not one, but two new larger-sized iPhones this year. According to its sources, one will sport a screen size of about 4.5 inches, and the other, something around 5 inches. The original iPhone had a 3.5-inch screen. Last year's iPhone 5, and subsequent models, all sport 4-inch screens.

Jewels enter the iPhone
What will the new iPhones look like? As for aesthetic design, that is for others to fuss over. But for one innovation, there are some strong hints.

On Nov. 4 last year, GT Advanced Technologies announced an agreement with Apple on the purchase of sapphire-production capacity. The agreement calls for Apple to provide $578 million in prepayments, which are financing the building of a facility in Mesa, Ariz.

On Jan. 23, 9to5Mac reported that Apple has advertised to hire Manufacturing Design Engineers, based in Mesa, to "provide end-to-end manufacturing and process solutions for key design features" for the iPhone and iPod. It appears the process is ramping up.

Apple initiated the use of sapphire in the iPhone 5 as a cover for the camera lens. In the new iPhone 5s, it is also used in the Touch ID fingerprint sensor. Sapphire is nine on the Mohs scale -- the second hardest mineral after diamond -- harder even than Gorilla Glass by Corning (GLW -0.48%) currently used for screens in iPhones and other high-end smartphones. Samsung has signed a new contract with Corning that will, among other things, provide:

Gorilla Glass screens reportedly cost about $3 each, while sapphire glass has been in the $20-$30 range. That price can drop. Tim Worstall of The Register wrote in May of last year:

We would also expect production costs to come down as they have with silicon: perhaps not a 10x reduction, but no one can see why a 3x or 4x wouldn't be achievable.

He concludes his report:

And at $10 and under for a screen, most think that sapphire would be competitive with Gorilla Glass at its $3. After all, the sapphire is some three times stronger, three times less likely to crack if dropped, and three times harder to scratch.

It does appear to be realistic, especially if production costs come down, and that precisely is Tim Cook's forte.

Patent application from 2012 provided clues
Meanwhile, Patently Apple reported a patent application by Apple for "Techniques for attachment of sapphire substrates with other materials." As we can see from one of the illustrations, the target is most definitely the iPhone. Of note is that the application was filed back in July 2012. So, Apple has been preparing for this for at least two years. 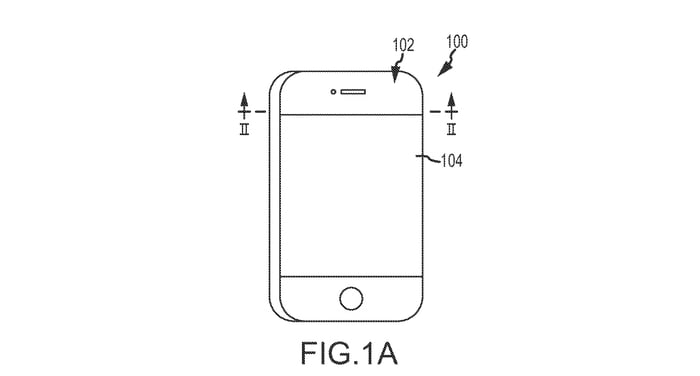 The interesting point here is how this gives us insight into Apple's innovation modus operandi:

Only then is Apple ready to use the new technology in a greater capacity, e.g, large screens or small camera lens covers. Slowly, inexorably, it moves to a goal that it's had for several years.

The bottom line
It seem as though all roads are leading to sapphire screens for the next-generation iPhone. There is a possibility that the production capacity Apple is building will be used for an iWatch instead, but the iPhone is still a likely candidate. If it does move in that direction, it will likely have a corner on production, at least on low-cost production, that will provide a competitive edge. Sapphire is definitely harder than the competition and most likely stronger as well.

Apple's use of sapphire for screens will keep the iPhone at the forefront of technology once again.

Is It Time to Buy Microsoft Stock?

Want to Get Richer? 2 Top Stocks to Buy Now and Hold Forever
415%