Construction spending in the U.S. edged up 0.1% in December to a seasonally adjusted annual rate of $930.5 billion, according to a Commerce Department report (link opens as PDF) released today.

After increasing a revised 0.8% in November to a near five-year high, construction spending had been expected to flatline for December. 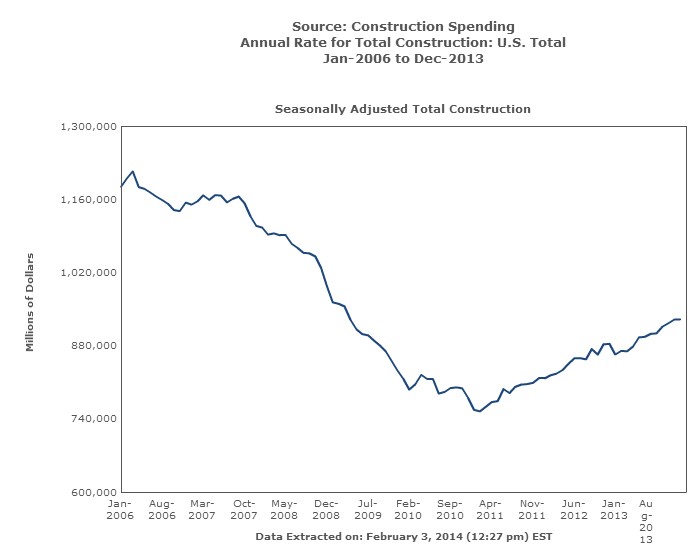 Despite increases in residential spending, home sales might be in for tougher times in 2014, according to a National Association of Realtors report and a Commerce Department report from last week citing slower sales for December.

Public construction slimmed its piece of the spending pie, dropping 2.3% for December. Educational spending took the largest dip, down 7.2%.