January got the 2014 box office off to a good start with a handful of hits. The biggest takeaway from the results was that the studios may need to begin focusing on a new golden goose, however, as the horror genre doesn't seem to be what it once was.

Universal (a subsidiary of Comcast (NASDAQ:CMCSA))

As the month began, the big focus at Universal was on the Oscar campaign for the studio's Lone Survivor. Even though the film was snubbed by the Academy, it ended up being embraced by the public. The Mark Wahlberg-led ensemble will end the month with a gross around $100 million, which is more than double its $40 million production cost.

In addition, Universal saw a major hit in Ride Along, which helped mint Kevin Hart as a bankable lead actor (and gave a shot in the arm to Ice Cube's star power.) The $25 million production three-peated at the top of the chart and held off a number of big-name stars and films to retain its crown and earn over $90 million. Expect the studio to green light a sequel in the not too distant future.

February Expectations: Teen romance drama Endless Love and action film Non-Stop will keep the studio in the box office battle this month. Non-Stop looks to be a big success thanks to the earning power of star Liam Neeson. 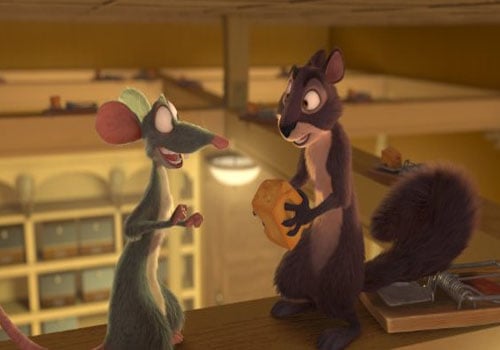 Open Road began January feeling the burn of Justin Bieber's declining career after the pop singer's second biopic flopped in December. However, that sting went away as the studio's animated 3D comedy The Nut Job crashed the box office party. Over the extended MLK holiday weekend, Nut Job earned over $20 million. The film is now on pace to become the studio's second-most profitable film ever, and has a legitimate shot at taking down The Grey to become its top earner. It's no wonder Open Road put a sequel into production the other week.

February Expectations: Nut Job will keep rolling along for a few more weeks, but the studio's next release isn't scheduled until March.

Paramount (a subsidiary of Viacom (NASDAQ: VIA))

As good as January went for Universal, that's how bad it went for Paramount! The studio had two of its first three major tentpoles set for the first quarter, and it has seen both underperform. While Paranormal Activity: The Marked Ones did earn back all of its money during its opening weekend, the thriller didn't come near the $30 million to $40 million mark that the other films in the franchise hit during their first frames. As it stands, the movie has made over $80 million in total, but that's still well below average. Paired with Fox's Devil's Due and Lionsgate's (NYSE:LGF-A) I, Frankenstein, it's entirely possible audiences are done with horror films for the time being after being enthralled with them for the last few years.

Paramount also tried to reboot the "Jack Ryan" series with Jack Ryan: Shadow Recruit. The film barely hit $15 million during its opening weekend, though, and will need the international box office to help it recoup its $60 million production budget. The studio mismanaged this release and underestimated Universal's Ride Along. To be fair, though, even if the studio had waited until the President's Day frame, it would still have had some stiff competition.

February Expectations: Paramount's lone February release is a teen time travel drama called Welcome to Yesterday, which probably won't make much of a splash. The studio's next high-profile release will be March's Noah, which now really needs to be a hit for the studio to have a better first quarter report.

Lionsgate was hoping for a hit here as the horror/fantasy flick I, Frankenstein was attempting to mimic the success of Underworld (and even had one of its producers attached). The $65 million budgeted film couldn't even hit $10 million during its opening weekend, however, and proved to be a big disappointment. The movie was the third film of its kind to flop this year, which again doesn't speak well for its genre.

February Expectations: Lionsgate has two limited-release cult-appealing films in February, and neither should make a lot of noise. March, on the other hand, is looking to be huge with the looming release of possible new franchise Divergent and Tyler Perry's latest project.