This February, a number of new films will be coming to theaters -- a handful are not only more worth your time, but more influential to the overall industry.

Just because love is in the air in February doesn't mean that's all that will be playing in theaters. In fact, audiences will see a wide variety of films releasing that run the gauntlet from romance to action and all points in between. Here's a look at the three films with the best odds at breaking out with moviegoers and cashing in for their studios. 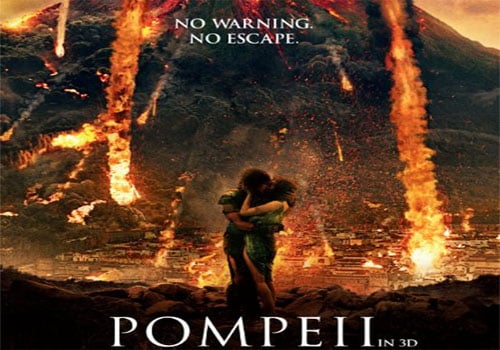 Set in 79 A.D., Pompeii will be one of February's buzziest films. The movie focuses on Milo (Game of Thrones' Kit Harington), a Roman slave turned gladiator who finds himself in a race against time to save his love Cassia (Emily Browning) from a forced marriage to a corrupt senator (Kiefer Sutherland). Of course, to make things more interesting this is all taking place as Mount Vesuvius is ready to blow its top.

While the film's story is fictionalized, the legend of the actual city of Pompeii has long been of one of history's most fascinating stories, and FilmDistrict is banking on that lure to help bring audiences into the theaters. It's got all the pieces needed to succeed, including a good release date, a strong cast, and the added allure of (safely) being put right in the middle of an epic disaster thanks to 3D. Still each of those pros can quickly become cons, as many movies have learned the hard way, but Pompeii seems promising. For distributor FilmDistrict, this is one of its highest-profile releases of the year and it could use a big smash, especially coming off its recent merger with Focus Features.

RoboCop was a cult classic following its debut in 1987. The reboot comes with a new lead and a new take on the tale. The updated version takes place in 2028, where multinational business OmniCorp has created a line of robot drones that are helping win wars across the world, but now the company wants to debut a domestic version. Enter Alex Murphy (The Killing's Joel Kinnaman), a dedicated family man and cop critically wounded in the line of duty. In order to save his life, OmniCorp implants its technology in him, creating the ultimate RoboCop.  But OmniCorp didn't count on Murphy's human side staying intact, and his steadfast desire to take a stand again corruption … in all its forms.

Simply put, don't tick off RoboCop and don't count him out either. Opening over the President's Day/Valentine's Day weekend, RoboCop will be the lone non-romance movie releasing during the four-day frame. For those of you looking for a heart-warming/heart-breaking/heart-anything tale this V-Day, you'll have plenty to choose from. For the rest of the country, this is going to be a very viable offering. Kinnaman is a fan favorite, as is the original RoboCop franchise -- combined, that could make this a strong force to contend with in February. For Columbia, it will also be its second film in as many weeks, as the company's Monuments Men opens a week prior. Both are expected to be major box players.

Non-Stop - Universal (a subsidiary of Comcast)

In 2009, audiences realized actor Liam Neeson had a very special set of skills they hadn't really been exposed to just yet; namely he's lethal at the box office in the first quarter. Starting with Taken, Neeson has opened four movies largely on his name alone, all within the same timeframe and all hits. This year's he's fronting Non-Stop, a action thriller set in the sky that finds Neeson as an air marshal who finds himself at the center of a terrorist threat while en route from New York to London.

It's hard to deny the success Neeson has had the past few years thanks in large part to the Taken films. He's now any studio's go-to guy for success in this release window and a number of executives will hope to see that success continue with Non-Stop. Universal has had the best start to 2014 of all the studios, and this film will be its final release before the busy summer season. Expect Universal to go out the same way it came into the month: on top.

Brett Gold has no position in any stocks mentioned. The Motley Fool has no position in any of the stocks mentioned. Try any of our Foolish newsletter services free for 30 days. We Fools may not all hold the same opinions, but we all believe that considering a diverse range of insights makes us better investors. The Motley Fool has a disclosure policy.