Microsoft's tablet software strategy has confused consumers and alienated manufactures -- it's time for that to change.

New CEOs almost always bring a jolt of optimism. They're like the New Year's resolutions that point to a future that could be, and bring retrospective insight of what's already been. Microsoft (MSFT -0.59%) investors may especially feel this way right now, considering that the company chose its new CEO, longtime insider Satya Nadella, so close to the start of 2014.

But like any worthy New Year's resolution, optimism about the future must turn into action. Though Microsoft is a strong company, there are some serious moves the company must make under Nadella in order for it to continue down that path.

The first move is to improve the essence of what Microsoft is: its software.

But while Microsoft has been focused on software since its inception, its allure has certainly lost its way.

Launched in October 2012, Windows 8 was supposed to be the transformative operating software that would blur the lines between a mobile and desktop operating system. Then-CEO Steve Ballmer called the launch of Windows 8 a "bet-the-company" moment. But early on it was clear Windows 8 had disappointed consumers.

Numerous reports said Windows 8 was a disappointment. Nielsen Norman Group co-founder and usability tester Jakob Nielsen went so far as to say that "Windows 8 on mobile devices and tablets is akin to Dr. Jekyll: a tortured soul hoping for redemption. On a regular PC, Windows 8 is Mr. Hyde: a monster that terrorizes poor office workers and strangles their productivity." Nielsen's November 2012 article called the software "weak on tablets, terrible for PCs."

Months after the Windows 8 launch, International Data Corporation released its PC shipment numbers, which showed their deepest decline ever in a quarter. IDC left no doubt what it thought the problem was: "At this point, unfortunately, it seems clear that the Windows 8 launch not only failed to provide a positive boost to the PC market, but appears to have slowed the market."

So why bring up these old software wounds?

Mainly because we're two years into Windows 8 and Microsoft has done little more than place a bandage over its flagship software. Windows 8.1 brought back the beloved start button, in a way, and tried to fix a handful of usability issues. Ultimately though, Windows 8 is still in need of major usability improvements. While some of those changes may come this April, when Microsoft releases a Windows 8.1 update, for many users the damage from Windows 8 has already been done. 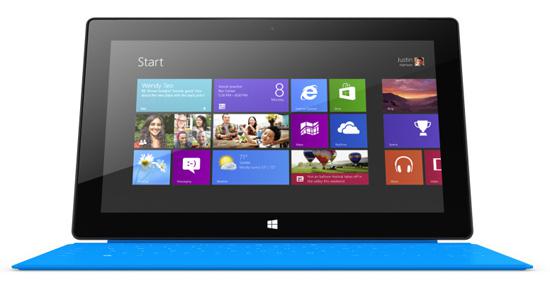 Mobile missteps
Unfortunately for Nadella, Microsoft's software problems spill into its Windows RT and Windows Phone platforms as well, albeit for different reasons.

Windows RT, the tablet-centric version of the Windows platform, has been a failure of a different kind for Microsoft. After initially having Samsung, Lenovo, Asus, and Dell all on board to build Windows RT tablets, only Microsoft and Nokia are left running the OS. All the others have dropped off, noting the lack of demand from consumers. This has stung Microsoft, not only because it was another blow to its software, but because it cost the company more than $900 million in unsold inventory this past summer.

Microsoft has admitted that initial branding for RT confused consumers, yet when it launched the new Surface 2 tablet in September, it kept the platform around. Windows RT by nearly all examples has been a mistake, and launching the new Surface running RT hasn't fixed that.

To Microsoft's credit, there does seem to be a glimmer of hope in its mobile software ambitions, but it's a dim one right now. Windows Phone is a decent smartphone operating system and its reach is growing. The three months ending in November saw the Windows Phone market share grow to 5.7% of the U.S. smartphone OS market, up from 1.9% year over year. While market share is nowhere near a perfect measurement, it does help gauge how the burgeoning smartphone OS is doing.

But there's still a long way to go. Google's Android and Apple's iOS have a much larger app footprint than Windows Phone, and getting developers to create apps for a third-string OS can be difficult. Not only that, but so far the company has relied almost entirely on Nokia to grow its mobile phone platform. As Microsoft completes its purchase of Nokia's devices division this year, the Finnish brand is still Microsoft's best hope for further Windows Phone growth.

Fixable problems
As Nadella takes the reins at Microsoft, it's important to remember that most of the company's software problems are fixable. Window 8 can be revamped and its user experience improved. Consumers and investors will have to wait until April to see how that pans out. Windows Phone needs to gain more partners to push the software to consumers. The phone platform also needs to give developers a reason to keep building, and adding more OEM partnerships would be a start.

As for Windows RT, Nadella will have to decide whether to ditch the OS, merge it with Windows Phone somehow, or rebuild it from the ground up. In any case, RT can't stay in its current form.

Microsoft investors should be hopeful Nadella can bring usability back to all of the company's platforms. As he said in his email to Microsoft employees: "Many companies aspire to change the world. But very few have all the elements required: talent, resources, and perseverance." Microsoft certainly has all three, but it's up to Nadella to put them altogether to make sure Microsoft's software can compete in the ever-evolving post-PC world.

Fool contributor Chris Neiger has no position in any stocks mentioned. The Motley Fool recommends Apple and Google. The Motley Fool owns shares of Apple, Google, and Microsoft. We Fools may not all hold the same opinions, but we all believe that considering a diverse range of insights makes us better investors. The Motley Fool has a disclosure policy.