Moving overhead power lines underground seems like a no-brainer, but could the idea create even more problems for utilities and consumers alike?

Burying power lines as a means to maintain electricity generation during storms is often cited after power outages as the no-brainer fix for utilities to keep the lights on for their customers. The problem with that solution comes down to the fact it's not that easy to bury power lines. In fact, it's actually quite expensive. 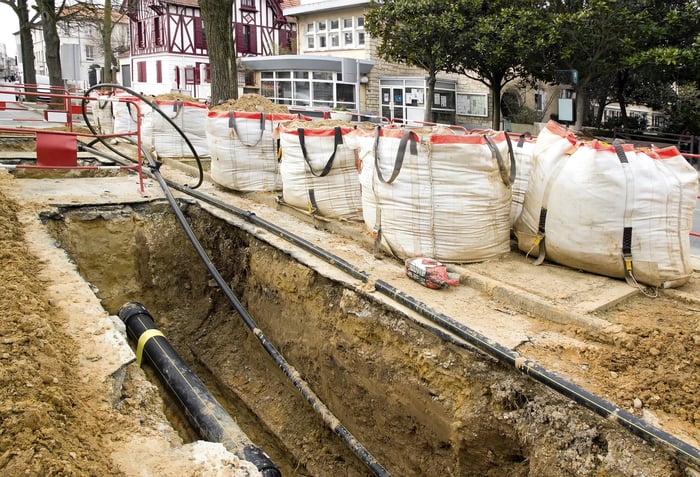 Sure, it can make sense to bury certain areas that are more prone to storms than others, but it could make more strategic sense for utilities to tap smart-grid technology that reroutes power during lower load times or outages. Since costs can be north of $750 per foot to actually bury power lines or 10 times greater than roughly $70 per foot to install them above ground, the most sense could be using more durable, smarter transformers, which can be more efficient from a power perspective as well as less cost invasive.

Of course, the debate whether or not to bury power lines may ultimately come down to economics. At the end of the day, utilities may not be able to recoup the high costs to bury power lines without passing along costs to consumers, something many consumers don't want to be responsible for.

Burying power lines requires underground trenching, moving cable and phone lines and adding new transformers/switches to make sure power can be distributed remotely. For those still thinking it's a walk in the park to simply bury power lines, consider this: When there is a power outage from an underground system, it's much harder to fix the root problem, and you must have capable technicians and earthmoving equipment to quickly get to the root of the problem in order to fix it.

Also, when a community grows it is harder to meet that growing demand for electric power and add capacity. If there is storm-related flooding the salt water can corrode underground systems. This was something that was seen in Florida in 2004 during Hurricane Wilma which still managed to knock the power out of more than half of NextEra Energy's ( NEE -0.67% ) subsidiary Florida Power & Light's customers despite their power lines being underground. Therefore the real reason to relocate power lines underground should be energy efficiency and sustainability, not the motivation to simply improve community aesthetics. All below ground power lines must come above ground at some point so there is no complete avoidance from heavy winds or falling trees post storms. This has me more inclined to focus on helping the problem above ground.

Considering transformers are a major source for lost energy when its comes to the distribution circuit, the need is high for advanced transformers to help isolate outages and quickly get neighborhoods back on-line. One company that caught my interest for having durable above ground transformers is ABB ( ABB 0.34% ). The company is using amorphous metal applications in its electrical transformers, which are showing significant reductions in no-load losses (up to 80%) and more energy efficiency.

Amorphous core transformers have been around for over thirty years. However, the recent success of its usage in China and Japan, coupled with the growing need for more durable and efficient transformers here in the U.S., is creating higher demand for these transformers at a time when burying power lines is not as economically viable or reliable as some may suggest. This suggests the best way to bury power outages is not by relocating power lines underground, but rather to adopt smarter, more efficient, and capable above-ground equipment, including amorphous core transformers.