Please ensure Javascript is enabled for purposes of website accessibility
Log In Help Join The Motley Fool
Free Article Join Over 1 Million Premium Members And Get More In-Depth Stock Guidance and Research
By Adam Levine-Weinberg - Feb 8, 2014 at 11:30AM

Carl Icahn wants Apple, Inc. to devote even more of its cash to share buybacks. I agree wholeheartedly! 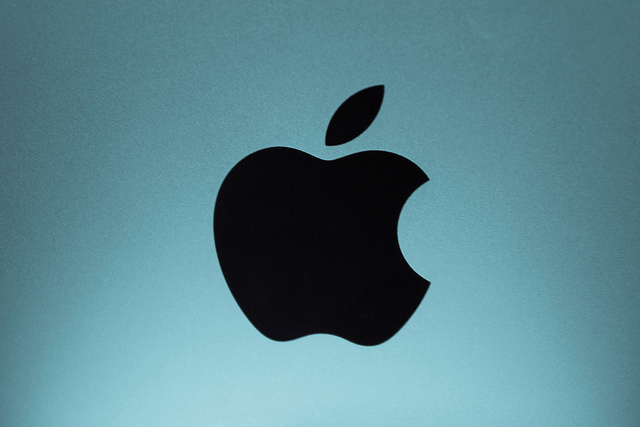 As most Apple (AAPL -1.51%) shareholders know by now, Carl Icahn is in the building! The outspoken chairman of Icahn Enterprises has stated repeatedly that he believes Apple is extremely undervalued. On several occasions in the last six months, he has publicly demanded that the company return more cash to shareholders .

With Apple's annual shareholder meeting coming up in just a few weeks, Icahn has submitted an advisory proposal calling for Apple to buy back at least $50 billion of stock in its current fiscal year. Apple's board has recommended that shareholders vote against the proposal. Some other prominent investors, including the CalPERS pension fund, have publicly backed Apple's stance.

However, as an Apple shareholder, I'm siding with Icahn in this case. While I mistrust Icahn's motives, I agree with him that Apple is still holding too much cash on its balance sheet -- even after buying back $14 billion of its stock in the last two weeks! A bigger buyback would put dormant capital to work. It would also take advantage of Apple stock's recent pullback to shrink the share count at a relatively low price.

The latest proposal
Carl Icahn seems to have a bad habit of starting with a very big -- and somewhat unreasonable -- "ask" before retreating to a more defensible position. In this case, Icahn initially called for Apple to issue $150 billion in debt in order to fund a stock buyback of the same magnitude. After various iterations of that plan didn't go anywhere, Icahn eventually settled on the current proposal, which simply calls for a $50 billion buyback this year.

In arguing for the proposal, Icahn points out that Apple stock trades at a steep discount to the market, despite having better growth prospects than the average public company. He also notes that Apple has sufficient liquidity and borrowing power to devote $50 billion to buybacks this year without compromising its ability to invest in R&D or strategic acquisitions.

The counter-arguments
In its response to Icahn's proposal, Apple's Board states that the company already has a big share repurchase program in effect. It also claims the need to maintain sufficient resources to compete against other well-funded tech firms. Lastly, the Board notes that only domestic cash is available for distribution to shareholders, due to the high tax on repatriated foreign earnings.

Bearing all this in mind, the Board claims that it is speaking to a wide range of shareholders about potential changes to its capital allocation policy. Nevertheless, the Board argues that it (along with the management team) is in the best position to judge what Apple's capital needs are.

The case for a bigger buyback
As the owner of a tiny fraction of Apple's stock, I don't expect to be consulted directly by either Apple's Board or its management team on the company's capital allocation policy. Accordingly, I have decided that voting for Icahn's proposal is the best way for me to express my support for an even higher level of buyback activity.

I agree with Icahn -- and presumably Apple's management -- that Apple stock is significantly undervalued today. Buybacks are a great way for undervalued companies to build shareholder wealth. By reducing the number of shares outstanding, the buyback gives each remaining shareholder a bigger stake in the company.

Based on Apple's recent trading price, a $50 billion buyback would reduce Apple's share count by about 10%, which in turn would boost EPS by roughly 10% for any given level of net income. Over the course of a few years, buybacks at this level would cause a meaningful acceleration in EPS growth.

Apple would probably want to float another set of bonds to finance a buyback at this level. As of late December, the company had $158.8 billion of cash and investments on hand, but domestic cash only accounted for $34.4 billion of that total. After Apple's recent buyback activity and its upcoming dividend, the domestic cash pile could be as low as $20 billion.

I agree with Apple's management that it is prudent to keep a large domestic cash balance (at least $10 billion and perhaps even $20 billion) in order to maintain long-term flexibility.  However, that still should not pose an obstacle to a buyback, because issuing debt is so cheap right now!

Some investors would point to a recent warning from Moody's Investors Service that Apple would risk a credit downgrade if it adds more than $20 billion-$25 billion in debt in the next two years. That's not necessarily a good reason to shy away from issuing incremental debt, though.

For example, Hewlett-Packard (HPQ -2.84%) has a significantly worse credit profile than Apple . It was still able to issue 5-year fixed rate debt last month at an interest rate of just 2.75%! For Apple, maintaining an AA+ credit rating is probably not worth it when debt is that cheap for companies with lower investment-grade ratings.

Foolish bottom line
If Apple stock is indeed undervalued today, the company can capitalize on that opportunity by buying back stock at an even faster pace. Apple clearly has the financial resources to invest $50 billion or more in buybacks this year while still having the flexibility to spend as much as necessary for R&D, capital expenditures, and acquisitions.

While Apple has become better about distributing cash in the last two years, its efforts are still unsatisfactory. Since Apple announced plans to "return cash to shareholders" in March, 2012, its cash hoard (after subtracting its debt) has actually grown by more than $30 billion!

Even if Icahn's proposal passes, it's a non-binding vote; Apple would still be able to do whatever it wants with its cash. However, it's important for shareholders to send the message that Apple should be even more aggressive in putting its cash to work.