And that's a very good thing for fans and investors of Time Warner's DC Comics characters.

The CW hit Arrow is about to take a darker turn. In a recent interview with The Hollywood Reporter, co-creator Andrew Kreisberg said the next series of episodes -- which kick off on Feb. 26 -- will feature "great big villains, one after the other." Smart move, Fool contributor Tim Beyers says in the following video.

He isn't the only one who thinks so. Arrow is finding a fan base by regularly exploring new areas of the DC universe. Recent introductions include the beginnings of the government-sanctioned villain team known as the Suicide Squad, and Spartacus' Katrina Law as the assassin Nyssa al Ghul. Still to come is the return of the Huntress and the all-woman team known as the Birds of Prey.

Each wrinkle adds to the drama on Arrow while increasing the odds that Stephen Amell's hero will need help. Which, in turn, increases the odds we'll see Kreisberg and co-creators Marc Guggenheim and Greg Berlanti use the show to introduce new heroes and villains. Think of it as a staging area for Time Warner (TWX) to test the veracity of new live-action DC projects,Tim says.

There's plenty to like about the strategy. Consider the buzz for The Flash, a forthcoming pilot spun out of the two highest-rated episodes of Arrow's second season. Actor Grant Gustin is to play DC's scarlet speedster, and initial reports suggest he'll face some tough foes right out the gate. Precisely what fans and Time Warner investors should want from the show -- and from Arrow, Tim says.

Now it's your turn to weigh in. Do you believe Warner's efforts to develop the TV side of the DC Cinematic Universe will pay off at the box office? Please watch the video to get Tim's full take, and then leave a comment to let us know where you stand. 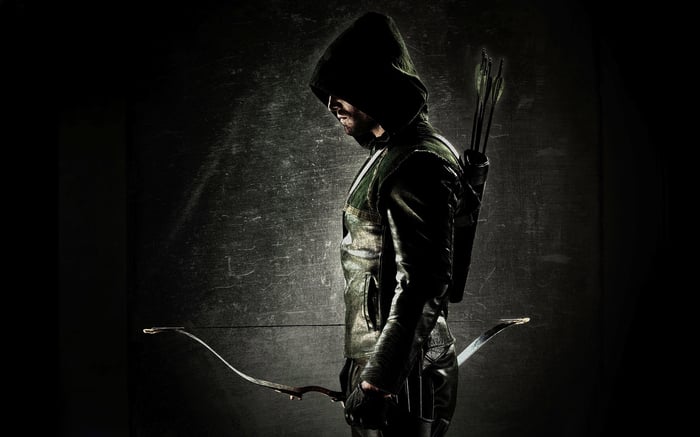 Stephen Amell stars in Arrow, which returns from a brief break on Feb. 26. Credit: The CW/Warner Bros.

Tim Beyers is a member of the Motley Fool Rule Breakers stock-picking team and the Motley Fool Supernova Odyssey I mission. He owned shares of Apple, Google, Netflix, and Time Warner at the time of publication. Check out Tim's Web home and portfolio holdings, or connect with him on Google+, Tumblr, or Twitter, where he goes by @milehighfool. You can also get his insights delivered directly to your RSS reader.

The Motley Fool recommends and owns shares of Apple, Google, and Netflix. Try any of our Foolish newsletter services free for 30 days. We Fools don't all hold the same opinions, but we all believe that considering a diverse range of insights makes us better investors. The Motley Fool has a disclosure policy.