Every summer, movie studios try to launch the next Harry Potter, Twilight, or The Hunger Games franchise by digging through best-selling young adult (YA) novels. The efforts have been hit and miss, proving that not every hit YA novel is a guaranteed box office hit.

Hollywood's next big gamble on the YA market is Lionsgate (NYSE:LGF-A)/Summit Entertainment's upcoming film version of Veronica Roth's dystopian novel Divergent, which is scheduled to be released on March 21. The first book in Roth's trilogy, Divergent, is currently ranked sixth in Amazon.com's list of best-sellers.

The superficial similarities to Suzanne Collins' Hunger Games series are obvious -- both feature gifted, underdog heroines who go on to take part in revolutions against their dystopian overlords.

While that might sound like a guaranteed way to replicate The Hunger Games' success on paper, I believe that Divergent is doomed to follow the path of Beautiful Creatures and The Mortal Instruments instead, for three very simple reasons.

1. A more confusing and less appealing premise
I believe that the more successful films based on YA novels are built on premises that can be easily explained.

Harry Potter is about a young boy who enrolls in a school for young wizards. Twilight is tale about a girl falling in love with a vampire and a werewolf. The Hunger Games is about a battle arena where 24 kids enter and only one comes out alive.

Divergent, on the other hand, is a story about a dystopian society where teenagers are categorized into factions by five personality traits -- Erudite for intelligence, Dauntless for bravery, Abnegation for selflessness, Candor for honesty, and Amity for the peaceful.

Once a teenager picks a faction, they must remain with it and abide by its rules and practices. The protagonist, Beatrice "Tris" Prior, believes she has more than one of these qualities, which gives her the dangerous status of being "Divergent."

The cast of Divergent. (Source: Divergentlife.com)

As an adult reader, Divergent's premise is so tough to swallow that it's nearly impossible to suspend disbelief. Roth's world is also a very teen-friendly take on dystopia, and a far cry from the true dystopian environments of 1984, Fahrenheit 451, or Brave New World that adult readers are more familiar with. In Divergent, dystopia is simply replaced by a bloodier version of high school drama.

By comparison, The Hunger Games and Harry Potter are both much easier for adult readers to pick up, stick with, and enjoy. Since Hollywood films now slavishly adapt these YA novels page by page, these weaknesses in the source material are likely to also appear in the film.

2. A weaker cast and crew
Divergent will be written by Evan Daugherty, the screenwriter who wrote Snow White and the Huntsman and Killing Season. Both films were critically lambasted, with respective ratings of 48% and 10% on review aggregator site Rotten Tomatoes. The film's director, Neil Burger, is best known for Limitless, a better (but not great) film with a 70% rating.

By comparison, the first Hunger Games film was co-written by author Suzanne Collins, director Gary Ross, and Billy Ray. Gary Ross is best known as the director of acclaimed films Pleasantville and Seabiscuit, while Billy Ray's recent screenplay for Captain Phillips earned him an Oscar nod. As a result of that creative triumvirate, The Hunger Games earned an 84% rating on Rotten Tomatoes.

Woodley, by comparison, is best known for her role as Amy Juergens in Disney (NYSE:DIS)/ABC's The Secret Life of the American Teenager. Although Woodley has plenty of minor awards under her belt, it's going to be nearly impossible to measure up to Lawrence's Katniss.

3. It's going head-to-head against The Muppets
Now laugh all you want, but Disney's The Muppets is actually a blockbuster franchise. The last film in the series, The Muppets (2011), grossed a whopping $165 million worldwide on a production budget of $45 million. 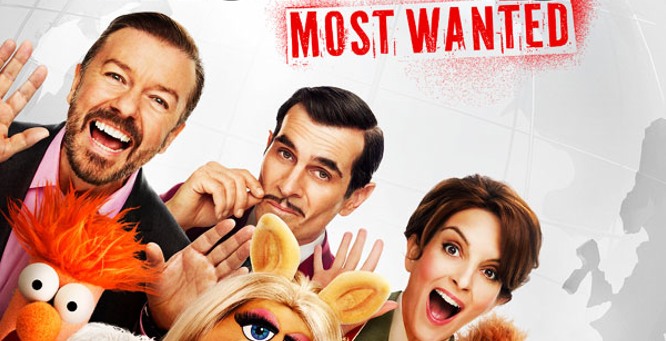 The next installment, Muppets Most Wanted, is scheduled to debut on the same day as Divergent. Muppets Most Wanted could surprisingly crush Divergent that weekend thanks to its wider appeal to both older and younger moviegoers. In addition, Disney/Dreamworks' Need for Speed, starring Breaking Bad's Aaron Paul, will debut a week earlier and possibly impact the box office returns of both films.

Divergent reportedly has a production budget of $80 million, compared to the $78 million budget of the first Hunger Games film. I doubt that Lionsgate expects Divergent to match the $691 million that The Hunger Games grossed, but the company at least expects the film to generate a profit.

Lionsgate is so confident in the success of Divergent that it is already planning the sequel, Insurgent. Insurgent will be written by Akiva Goldsman, the prolific but inconsistent writer who wrote both A Beautiful Mind and Batman & Robin, and directed by R.I.P.D. director Robert Schwentke.

Call me a pessimist, but that doesn't sound like a recipe for critical or commercial success.

What Divergent means for Lionsgate
Lionsgate is clearly trying to prolong The Hunger Games for as long as possible by splitting the final film, Mockingjay, into two parts. So far, the first two films have grossed a combined $1.5 billion on a production budget of $208 million.

Lionsgate clearly hopes that Divergent will be able to offset losses after The Hunger Games: Mockingjay Part 2 hits theaters in November 2015.

The bottom line
So what do you think, dear readers? Will Divergent be the start of a new blockbuster franchise like The Hunger Games, or is it doomed to burn out like Beautiful Creatures? Please share your thoughts in the comments section below!