Though initial reaction may be tepid, this is why customers will come flocking back to the service.

"With the increased cost of fuel and transportation as well as the increased usage among Prime members, we're considering increasing the price of Prime between $20 to $40 in the U.S."

When Tom Szkutak, chief financial officer at Amazon (AMZN 0.24%), uttered these words, the markets shuddered. Amazon had already reported revenue figures that disappointed Wall Street. But with this revelation, many analysts saw Amazon waving the white flag, admitting its uber-popular Amazon Prime program would no longer be sustainable.

Those concerns were only magnified on Wednesday, when a report by UBS analyst Eric Sheridan surfaced showing that Prime membership could plummet if its price were increased. UBS teamed up with Consumer Intelligence Research Partners and asked Prime members what they thought about a potential increase in price.

Here's what Sheridan had to say: "While 94% of Amazon Prime customers surveyed indicated a likelihood of renewing [...] at the current $79 annual fee, these percentages dropped precipitously when price increases of $20 and $40 were introduced (to 58% and 24%, respectively)."

Since earnings came out two weeks ago, shares have fallen 15%. Of course, if half -- or even three-quarters -- of Prime members were to leave, it would create a pretty serious problem for the company and its shareholders.

But investors are missing the bigger point here, and those willing to take the long view should see these concerns over Prime as a buying opportunity into Amazon.

The psychology of such cold-calling questions
First, let's tackle the psychology behind the questions UBS posed to current Prime members about renewing their membership. It goes without saying that just about any customer is going to be dissatisfied with price increases, especially a 25% to 50% price hike.

The problem with the question is this: Humans are ridiculously bad at predicting what will make them happy -- either as people, or as customers -- in the future. Best-selling author and Harvard psychology professor Daniel Gilbert has made a career out of studying what's referred to as "affective forecasting." In short, Gilbert has found that "people dramatically and regularly mispredict the emotional consequences of future events, both large and small."

I believe that's exactly what has happened here, as the answers UBS received -- which were probably knee-jerk reactions without much deep thinking on behalf of the participants -- won't pan out to be anywhere near reality.

When you investigate what's being offered in Amazon Prime, I can't see how UBS's predictions could ever play out.

An unmatched value proposition
Amazon Prime started in 2005, offering customers free two-day shipping on about 1 million items for $79. Since then, it has expanded dramatically. Today, Amazon Prime members can count on, among other things:

In fact, ignoring Instant Video and the Lending Library and assuming a modest $6 price tag on shipping, anyone who orders two or more shipments per month is going to lose money by quitting Amazon Prime. Many households cross that threshold during the holiday season alone.

And all of the trends show that this is exactly the situation that those who quit the service will find. Remember, the main reason Amazon is looking to raise the price of the service is because it is being used to ship more products per customer. And during the month of December, the company even had to limit "new Prime membership signups during peak periods" because the service was getting so popular.

Be prepared for a short-lived migration
Will members end up leaving the service right after a price hike is announced? Probably. Will that cause the company's stock to sink? Most likely.

But it won't be long before those who quit fail to find an alternative that offers as much for as little as Amazon does. And investors needn't look far to see a perfect example of this: Netflix (NFLX 0.94%) stock plummeted and subscribers dumped the service after the company announced a 60% price hike on its growing streaming option.

In the quarters that followed, the price of Netflix's stock sank by 75%, and its subscriber growth came to a screeching halt. 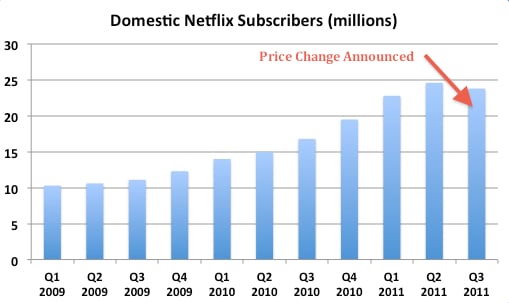 But, of course, that was not the end of the story. Normal people like you and me realized that even though we were paying more, Netflix was still the best value on the market (original programming didn't hurt, either). While growth continued abroad, domestic subscribers forged ahead as well. 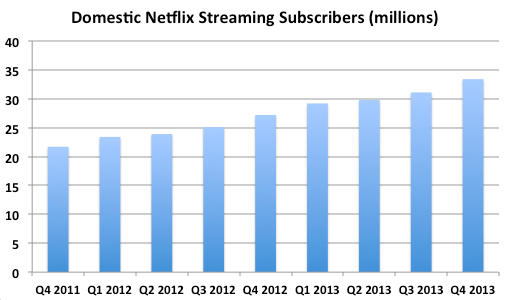 Though there are no guarantees in life, I'm betting that the same patterns will play out following Amazon Prime's price bump. That's why I'm holding my shares, which have grown to a whopping 11% of my real-life retirement holdings.