Please ensure Javascript is enabled for purposes of website accessibility
Log In Help Join The Motley Fool
Free Article Join Over 1 Million Premium Members And Get More In-Depth Stock Guidance and Research
By Patrick Morris - Feb 14, 2014 at 7:00AM

There is one thing many investors may not know about Citigroup when compared to peers Bank of America, JPMorgan Chase, and Wells Fargo, and it could be the key to success for the bank moving forward.

Have a seat. This is important. Source: Valerie Everett.

A solid foundation
Things were certainly concerning from a broader consumer banking perspective, but as it turns out, when Citigroup broke out its results, it revealed the dip came almost entirely from its retail banking operations, while its card business performed quite well: 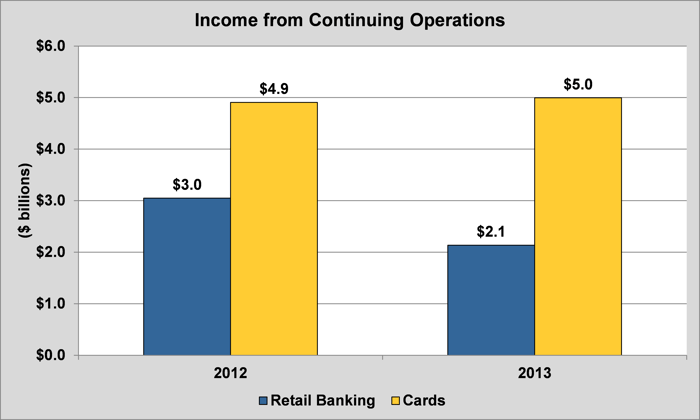 This is significant because while other major consumer banks like Bank of America (BAC -0.36%), Wells Fargo (NYSE: WFC), and JPMorgan Chase all have significant credit card operations, they are nowhere near the size and scope of Citi. 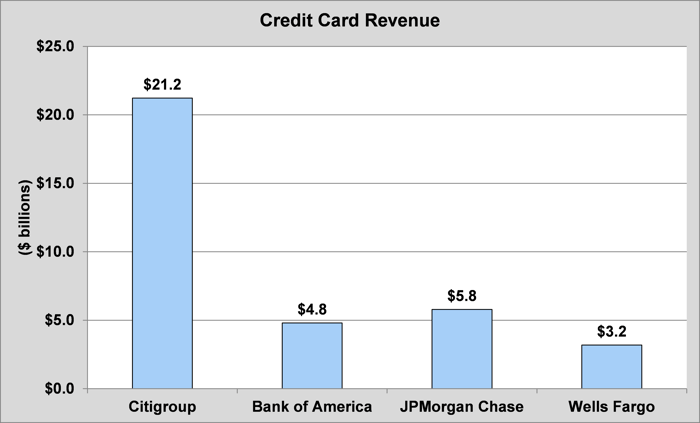 Perhaps even more startling than total size of Citigroup's credit card business, is also how dependent the company is on credit cards, as more than half of the revenue in its global consumer banking business is from credit cards. This is entirely unique to Citigroup when compared to its other three major peers:

Ultimately, the success of Citigroup's largest business -- consumer banking -- will be dependent on its credit card operations, and a recent presentation for the Citi Cards CEO Jud Linville revealed the best may in fact be ahead.

Astounding growth
As it turns out, in 2010, Citigroup embarked on an effort to "fix the basics" of its credit card business, by reducing risk, investing in core markets, revitalizing products and service, all with the aim of restoring profitability. This was a three-year effort and in 2013, it began to "simplify & standardize" its products as it expanded its digit capabilities and improve its experience.

Stunningly, these efforts have resulted in astounding growth in profitability since the end of 2010, with the trailing 12 months of earnings growing by more than 700%: 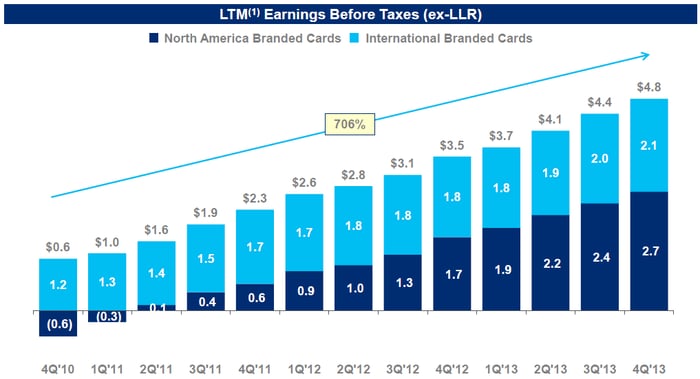 With the calendar turned to 2014, Citigroup now hopes to "optimize & differentiate," its business as it launches global rewards and "deliver world-class product suite," as it takes what it has learned from its card business in the United States and brings it to the world abroad.

This means if it is able to expand this highly profitable business, as the world's largest credit card issuer, continued improvements would be to the delight of shareholders.