Like American Capital Agency and American Tower, Realty Income pays out a great dividend; but there are three key reasons why any investor should consider an investment in it.

It's no secret that companies with big dividends interest investors for all the right reasons, and there's one that has paid out a dividend for the last 524 months in a row. How's that for attention grabbing?

Realty Income (O 0.76%) has affectionately trademarked itself as "The Monthly Dividend Company," for good reason. There is its long track record of constant monthly dividend payments, and it has increased its dividend for 65 quarters in a row.

Yet, 2013 marked a year of significant change, as it invested a total of $4.7 billion in real estate, with its biggest move being the January acquisition of American Realty Capital Trust for $3.2 billion. In total, its assets jumped more than 80%, from $5.4 billion to $9.9 billion.

Often, massive growth through acquisitions and changes in the underlying structure of a company can scare off investors, but there are three reasons why Realty Income presents a compelling investment consideration. 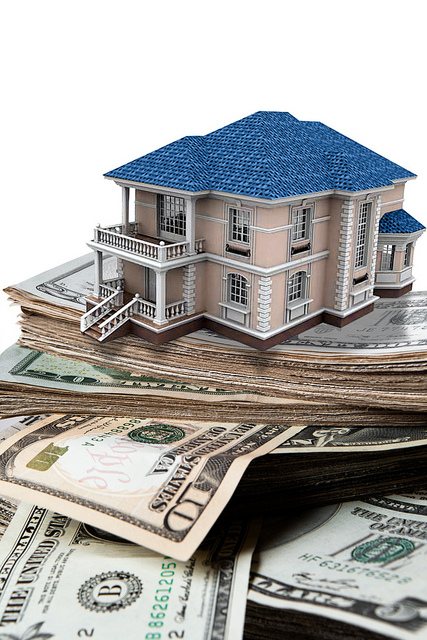 1. An easy-to-understand business
Some of the biggest dividend payers are mortgage REITs, like American Capital Agency (AGNC -1.32%), which pay out monstrous dividends and often draw the attention of income investors.

Yet, those businesses are very unlike Realty Income because the mREITs do not own any property and, instead, invest in mortgage bonds. mREITs can be subject to troubles when interest rates rise, which helps explain why AGNC saw its stock price drop by more than 30% during the last year, and it reported a comprehensive loss of $1.7 billion in 2013.

This is important for investors because it allows them to better understand how well or poor the businesses are performing, and determine their investment decision. Seeing that Realty Income has a 98.2% occupancy rate on its properties, with an average lease of 10.8 years, is fundamentally easier than attempting to determine what the yield curve of mortgage bonds will look like.

2. Strong business performance
The recent earnings announcement reveals that Realty Income had a great 2013. As a result of the expansion, comparing its total income and revenue can be a bit misleading (up 78% and 61%, respectively) -- but its adjusted funds from operations (AFFO), which factors out acquisition and other adjustments, rose from $2.06 per share in 2012 to $2.41 in 2011 -- a gain of 17%.

In addition, the company managed to use its resources to buy $1.5 billion in new properties -- apart from the American Realty Capital Trust acquisition -- which are 100% leased, return an average of 7.1%, and have an average lease of 14 years. The acquisitions plus the strong underlying fundamentals have caused the company to project that it can grow its AFFO by 5% to 7% next year, which would represent solid growth.

3. Admirable diversity
With real estate, there's always a concern that a company could be too concentrated in one specific industry, or be too reliant on one area, so if an economic downturn occurred, the results would be disastrous. That's simply not the case with Realty Income.

Not only are its biggest tenants diverse, with its top four being FedEx (5.2% of revenue), Walgreens (5%), Family Dollar (4.8%), and LA Fitness (4.3%) -- all in very different industries -- but it also has an admirable split with 80% of its rental revenue coming from retail, and the other 20% coming from outside of retail. In addition, it has properties across 34 different industries in the retail space, and 22 in the non-retail space. And it used to have a significant concentration of revenue from convenience stores (16.3% at the end of 2013), that is now down to 10.6% at the end of the most-recent quarter.

With its reasonable valuation -- currently Realty Income is trading a little more than 17 times its AFFO per share -- its history of a constant dividend, compelling business growth, and an easy to understand business, Realty Income should definitely be a company for any investor to consider.

3 Unstoppable Dividend Stocks With 10%+ Upside, According to Wall Street

Down 32%, This Towering Growth Stock Is Starting to Look Like a Bargain

Sitting on Cash? These 2 Stocks Are Great Buys
366%