Please ensure Javascript is enabled for purposes of website accessibility
Log In Help Join The Motley Fool
Free Article Join Over 1 Million Premium Members And Get More In-Depth Stock Guidance and Research
By Keith Noonan – Feb 22, 2014 at 7:00AM 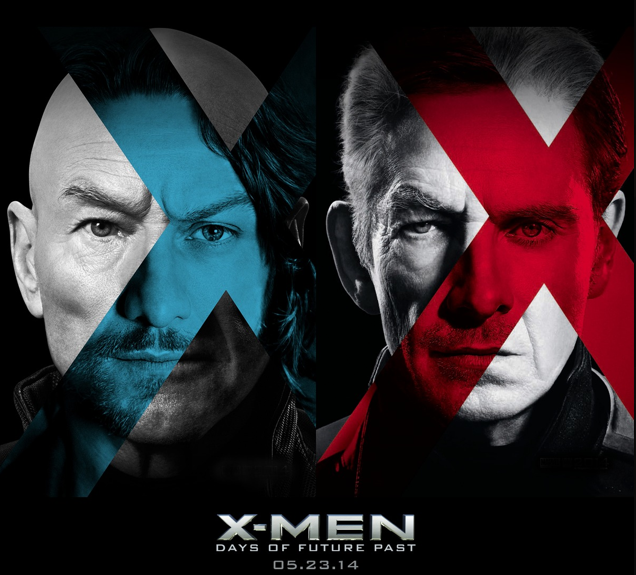 It's no secret that success in the film industry is built around launching viable franchises and delivering blockbuster sequels. As the temporal sequel to 2013, the highest grossing year in film history, there are big expectations for 2014. Whether or not this year can provide better returns than the last is still in doubt, but the performance of key sequels will determine if that substantial feat can be achieved. Here are four movie sequels primed to deliver and shape the film industry's 2014.

X-Men: Days of Future Past
X-Men: Days of Future Past is a continuation of the industry trend that sees massive casts of stars brought together for superhero movies. The film bridges the continuity established in the original trilogy started by Bryan Singer with that of Matthew Vaugn's X-Men: First Class. Future Past makes heavy use of time travel as a plot device and sees the biggest names in the X-Men universe assembled in one film. Featuring the likes of Jennifer Lawrence, Ian McKellan, Patrick Stewart, Halle Berry, Michael Fassbender, Hugh Jackman, and Ellen Page, Days of Future Past has the most impressive cast of any film in 2014.

The series' box-office grab peaked with its third film, X-Men: The Last Stand, but the relatively strong second place performance of the 2013 spin-off The Wolverine suggests the series is poised for growth. The return of director Bryan Singer and the strength of the film's cast should help Twenty-First Century Fox (FOXA)  grow and prolong the series.

Transformers: Age of Extinction
If ever there were a series that could be called "critic proof," Viacom's (NASDAQ: VIA) "Transformers" is that series. Despite being routinely savaged by critics, each of the film's sequels has outperformed its predecessor. Transformers: Dark of Moon sits pretty with the sixth highest international box office take of all time.

The latest entry in the series swaps out former lead and current media goofball Shia LaBeouf for Mark Whalberg. Age of Extinction is said to feature a darker and more serious tone than its predecessors. Whether this limits the movie's box office appeal remains to be seen. Transformers: Age of Extinction may very well fail to eclipse its predecessor, but the film is a lock to tally around $1 billion in global take.

How to Train Your Dragon 2

While Dreamworks (DWA) was once roundly viewed as a second-rate Pixar, the company has really come into its own and developed an identity. With a global box office take of approximately $500 million, How to Train Your Dragon was one of 2010's breakout hits. The sequel will likely post the greatest growth of any movie on this list and receive marketing treatment befitting a megafranchise. How to Train Your Dragon 2 could fire up close to $1 billion in global ticket sales.

Making the picture even sweeter for DreamWorks and How to Train Your Dragon 2, there's not much competition from other animated films in 2014. Pixar does not have a film debuting, which means the Dragon sequel looks to be the animated film event of the year.

The Hunger Games: Mockingjay-Part 1
Aside from Disney's Avengers and Fox's Avatar, Lionsgate's (LGF-A 1.19%) "The Hunger Games" series is probably the most influential film property in the last five years. The series' first film kicked off a slew of female-driven action movies and sent rival distributors scrambling to appeal to a newly defined audience. The Hunger Games: Catching Fire brought in north of $862 million at the global box office, and its take is still inching upward. The film had the highest domestic gross of 2013, and you can expect Mockingjay-Part 1 to follow suit.

The upcoming "Hunger Games" film might not see the same growth multiplier that the "Iron Man" series enjoyed from its second to its third outing, but Mockingjay failing to pass the $1 billion mark would be shocking. Jennifer Lawrence is still the hottest name in Hollywood, and the first two films in the series have done an admirable job of winning over audiences and critics alike.

2014 will be a preview for bigger success
Regardless of whether or not 2014's total box office grab surpasses that of 2013, it's looking like a big year for the film industry. The four films on this list are likely to bring great returns for their respective makers and once again prove the value of the sequel. If 2013's record totals aren't surpassed in 2014, 2015 seems certain to raise the bar. It will see the return of "Star Wars," "Jurassic Park," "Pirates of the Caribbean," and "The Avengers." Amidst all the big sequels in the works, one thing is clear: 2013's record won't stand for long.

Keith Noonan has no position in any stocks mentioned. The Motley Fool recommends DreamWorks Animation. We Fools may not all hold the same opinions, but we all believe that considering a diverse range of insights makes us better investors. The Motley Fool has a disclosure policy.