Please ensure Javascript is enabled for purposes of website accessibility
Log In Help Join The Motley Fool
Free Article Join Over 1 Million Premium Members And Get More In-Depth Stock Guidance and Research
By Beth Nichols - Feb 22, 2014 at 11:08AM

Ben & Jerry's plans to join a number of U.S. food manufacturers offering products that it can certify as containing non-GMO sourced ingredients.

Favorite flavors such as Chunky Monkey and Pfish Food will be free of GMO ingredients by mid-2014, according to Unilever (UN) subsidiary Ben & Jerry's. The iconic ice cream brand, noted for its socially conscious mission, reports that it can now certify about 80% of its ingredients as free of GMO (genetically modified organisms) ingredients.

In earlier statements, the company had planned to complete the transition to all non-GMO ingredients by the end of 2013, but the process has proved to be more daunting than anticipated. "After reviewing the more than 200 products that need to be converted, we realized this transition process will extend into 2014," said the company on an update on its website. 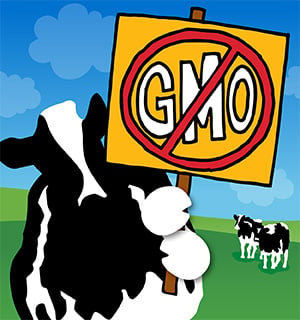 It's not easy being GMO-free

The delay on the part of Ben & Jerry's highlights the difficulties that packaged food manufacturers who choose to go GMO-free are encountering. With a food economy built around a highly complex chain of ingredient sourcing that goes from farm to factory, the task of procuring ingredients that can be certified as not having come from GMO crops is daunting. This is especially true of grains such as corn, wheat, and soy. In 2012, 93% of all soybeans and 88% of all corn planted in the U.S. were from genetically engineered seeds, according to the USDA.

Post Foods (POST -0.80%) announced in January that it was labeling its Grape Nuts original cereal as "verified GMO-free" and would be researching whether it could take the same step with any of its other cereal brands. With just six ingredients, original Grape Nuts may prove to be one of the easier products to source and certify.

The Grape Nuts news followed on the heels of the announcement by General Mills (GIS -0.39%) declaring Cheerios free of GMO ingredients. The company described Cheerios as a logical product for this designation, as the cereal's main ingredient, oats, is not a GMO crop. The company was able to accomplish this by making changes to its sourcing for corn starch and cane sugar and did not change the cereal's actual formulation; even so, General Mills describes this transition as having required a "significant investment."

General Mills does not plan to reformulate any of its other non-organic brands, stating, "For our other cereals, the widespread use of GM seed in crops such as corn, soy, or beet sugar would make reliably moving to non-GM ingredients difficult, if not impossible."

Future of GMO crops in the U.S.

The FDA has been clear that it does not plan to take a stand against GMO crops, stating that these have been in the food supply for the last 20 years. Nevertheless, it does claim to be active in monitoring crops that have been genetically engineered (GE), a term that it uses to distinguish changes made in the lab from the more traditional methods farmers have long used to improve crops. The American Medical Association has taken a stand in support of the FDA policies.

With so much of its food economy invested in GMO crops and a lack of interest on the part of regulatory bodies to restrict genetically engineered seeds, it seems highly unlikely that a major change is on the horizon in the U.S.

The current actions by food manufacturers represent response to a reenergization of the opposition to GMO crops by grassroots organizations, which are working to require food labeling legislation at the state level.

The FDA, the American Medical Association, a number of the food manufacturing organizations, and even GMO source Monsanto (MON) support voluntary labeling. However, the state initiatives are aimed at making labeling law.

The overriding concern on the part of the food manufacturers is that mandatory labeling will raise consumer awareness to a level that will force a difficult-to-manage backlash. When asked, just over a third of Americans consider foods with GMO ingredients safe to eat (as reported in a 2013 ABC news poll). This contrasts sharply with the nearly ubiquitous use of the ingredients in the general food supply. The disconnect suggests that most consumers just aren't thinking about it.

Why the changes now?

Ben & Jerry's has taken a non-GMO position not out of safety concerns, but because they support a consumer's right to know in general and they actively seek to support smaller farming enterprises. In this case, it is more against defending against "the man," large corporate agricultural companies for whom GMO farming is a matter of course.

Other food manufacturers who have moved toward non-GMO products are clear that their concern is not safety, but rather a support of consumer choice. General Mills cited "broad consensus among major global scientific and regulatory bodies that approved genetically modified foods are safe," in its release about Cheerios.

By giving shoppers the opportunity to purchase foods with ingredients they feel good about, food manufacturers may well also be staving off more difficult and costly changes that intensification of the non-GMO movement would provoke.

Beth Nichols has no position in any stocks mentioned. The Motley Fool has no position in any of the stocks mentioned. Try any of our Foolish newsletter services free for 30 days. We Fools may not all hold the same opinions, but we all believe that considering a diverse range of insights makes us better investors. The Motley Fool has a disclosure policy.

The Business of World Toilet Day