The PlayStation 4 is off to a great start, but the system's upcoming lineup might not be so strong. Is Sony failing to deliver an important part of the next-gen experience?

The PlayStation 4 from Sony (SONY 1.50%) is off to an explosive start. With the company reporting 5.3 million units sold as of February 8, the PS4 has already eclipsed its initial fiscal-year target of 5 million units sold. With the Nintendo (NTDOY -0.48%) Wii U finding little in the way of consumer interest and the Microsoft (MSFT -0.80%) Xbox One being bogged down by a prohibitive price point, Sony is in great shape to win the current round of the console wars. There's more to it than that, however.

A successful gaming venture will take more than the right hardware at the right price. In many ways, the PS4 couldn't be off to a better start, but it's important to remember that software will play a major role in determining the platform's success. At this point, Sony's studios don't look to be delivering when it comes to multi-player games. Has Sony erred by not promoting a multi-player focus?

The perils of freedom
Sony has built a reputation for allowing the developers under its wing a greater deal of creative freedom than would be seen at Microsoft or Nintendo. The PlayStation company has been more aggressive with its creation of new IP and it has shown a willingness to devote substantial resources to games that don't fit neatly into the traditional formulas for success. Sony's broader output has been widely praised in recent years, but the sales of its games have often failed to match those from its main console competitors. 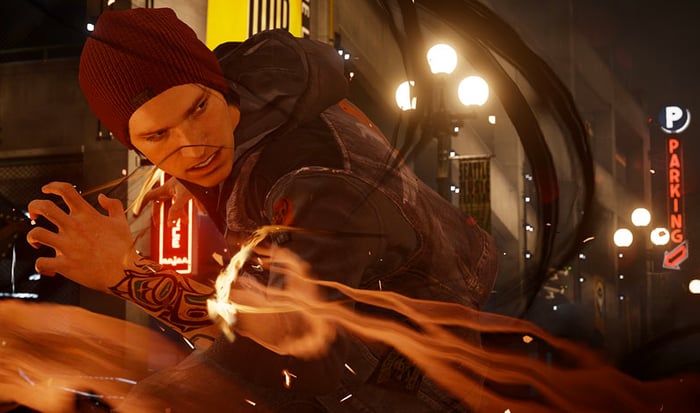 Two of Sony's biggest 2014 PlayStation 4 games have no multi-player modes. Infamous: Second Son and The Order: 1886 are sure to be graphical showpieces that demonstrate the capabilities of the hardware, but the omission of a multi-player mode is almost certain to limit their appeal. As development budgets have climbed higher and higher, multi-player mode has become a must-have feature. A good multi-player mode keeps players engaged with a game, reduces the likelihood of trade-ins, and encourages users to promote the game to their circles. There are good reasons why strictly single-player games are a rarity in the triple-A software model.

Order of importance
While Sony's upcoming racer Driveclub features a major social and multi-player emphasis, The Order: 1886 looks to be PlayStation 4's biggest exclusive in 2014. Its game play combines elements of "Resident Evil," "Gears of War," and the "Uncharted" series. All of these franchises have proven that multi-player broadens a game's appeal and commercial success. A lack of multi-player mode may allow more time and resources to be devoted to making The Order a polished and compelling solo experience, but it looks like Sony could have steered the project for greater commercial success.

What are the other players up to?
If Sony seems to be ignoring the importance of multi-player, Nintendo and Microsoft's upcoming games seem largely focused on the communal experience. Mario Kart 8 and the next Super Smash Bros. are set to hit the Wii U this year and both titles are primarily multi-player affairs. Nintendo has repeatedly failed to deliver compelling online experiences, and it has instead chosen to emphasize local multi-player. While Mario Kart and Smash could buck this trend, each game's online play will probably be lacking by modern standards.

A feather in One's cap
With the release of Titanfall from Electronic Arts, the Xbox One looks to enjoy a considerable advantage in the online multi-player department. The game does not feature a traditional single-player campaign mode, and instead the entirety of the game is a multi-player experience. Whether the lack of an offline campaign mode hurts the game's appeal will undoubtedly be watched by publishers. Titanfall is viewed by many as a game that has the potential to define the next generation of shooters. Even if Halo 5 doe not launch in 2014, Microsoft looks to have made a strong case for the Xbox One as the console of choice for fans of online shooters. 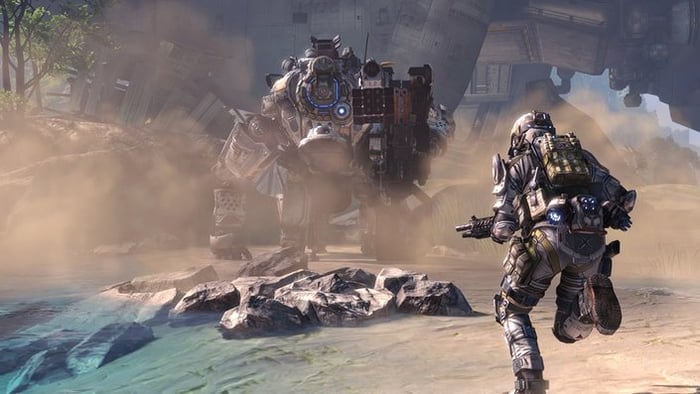 A weakness of Sony's managerial style
Sony's multi-player problem doesn't just extend to its upcoming releases, it was also evident at the PlayStation 4's launch. Killzone: Shadow Fall was put forth as the system's big exclusive game, but the title shipped with mind-boggling deficiencies. Prior to a December patch, Shadow Fall lacked in-game voice chat. Shipping your premier first-person shooter experience without that feature in 2014 is inexcusable and Sony deserves criticism for a lack of developmental oversight. It's the type of failure that one would expect from Nintendo and never see from Microsoft. Halo 2 shipped with in-game voice chat in 2004.

A window of opportunity for Microsoft
Sony currently enjoys an enviable position in the console race. The company has undeniably produced the hardware that is best suited to achieve market leadership in this cycle. That said, what we've seen on the software side doesn't inspire much in the way of confidence. The lack of a compelling multi-player game in 2014 shows that Sony is failing to serve one of the key early adopter demographics. As a result, Microsoft has an opportunity to make up some ground.

Keith Noonan has no position in any stocks mentioned. The Motley Fool owns shares of Microsoft. We Fools may not all hold the same opinions, but we all believe that considering a diverse range of insights makes us better investors. The Motley Fool has a disclosure policy.