Rumors have suggested that Apple is considering an acquisition of automaker Tesla. In reality, it probably was a discussion on batteries, which Boeing probably knows a little about, too.

In probably one of the most incredible financial stories of the last few months, a report out of Silicon Valley alluded to a potential acquisition of Tesla Motors (TSLA 7.67%) by tech giant Apple (AAPL 4.86%).

Top Apple management, including the executive responsible for megers and aquisitions, were said to have met with Tesla CEO Elon Musk early last year regarding a possible deal. Musk confirmed that a meeting had taken place, but denied any acquisition plans were in the works. More information from Tesla will probably be forthcoming soon.

An outright merger may not benefit the companies and its investors because neither company has experience in the other's businesses. An information exchange regarding battery technology, or an agreement to include Apple products in Tesla vehicles (or in one of Musk's other businesess like SpaceX), might have been a more likely reason for a meeting of the minds.

Another company, Boeing (BA 2.03%), has experienced battery issues in the past, but has been able to overcome the problems and is now poised to continue flying high.

Model S
Tesla's current product is the Model S all-electric sedan, produced at the company's Fremont, California factory. Tesla recently reported strong sales and an improving profit picture, and the company could generate profit in the current quarter. There is also an electric SUV, the Model X, in the works.

Tesla sold nearly 7,000 Model S vehicles last quarter and projects sales of 35,000 vehicles this year. Tesla will ramp up production to as many as 1,000 cars per week, eventually. However, that number could be constrained by low battery supplies.

Overall, things look good for the upstart car maker and its investors. The high-end auto market looks poised for growth, including in European and Asian markets. In spite of a lofty valuation, the stock, which has appreciated six-fold over the last year, probably has some room to go even higher. 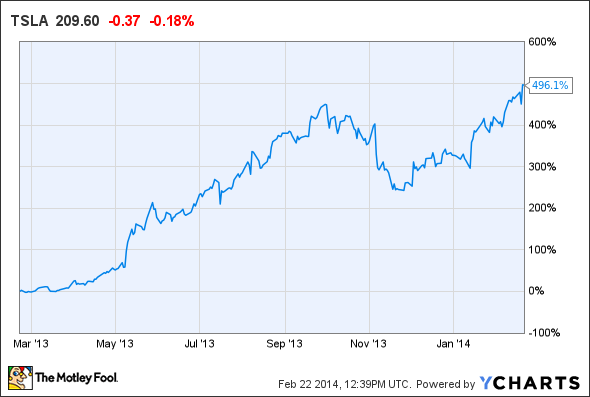 Model I
Apple has its own key product line. The iPhone is responsible for a majority of the company's revenue and has been selling extremely well since its release in 2007. A record 51 million units were shipped in the September-December quarter of 2013, and over 527 million units have been sold to date. However, in its last earnings announcement, the company warned that future revenue growth could slip, driving its stock down 8% in the process. Shares have subsequently recovered some of the losses.

Apple probably needs another game-changer to reverse course and resume upward growth trajectory, which was interrupted in September 2012 after the release of the iPhone 5. 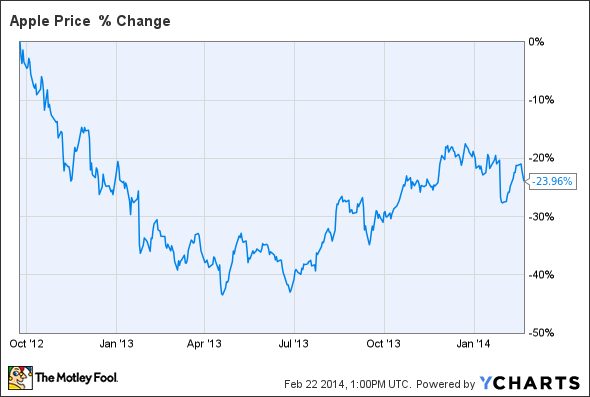 Rumors abound that a smartwatch, Internet-based TV, and a mobile payments platform are all under development in Cupertino. Maybe some sort of iDevice in the Tesla Model X is the anwser. Apple needs something to jump-start growth and satisfy investors.

Battery power
Like Tesla, Apple has a vested interest in batteries. The company would like to improve its data center capabilities, probably needed to increase bandwidth if an "iTV" comes out or mobile payments system goes online. Batteries would be used to store electricity generated from solar panels at the data centers.

Tesla uses a lithium-ion battery pack for its roadster. Currently, the Model S has a range of about 300 miles between charges,  but potential customers would like to see that increased. The company has embarked on a mission to set up charging stations in more locations, but that is an expensive undertaking. It would be far more effective to increase the battery power instead. The company is also planning to create a large battery factory to handle future growth needs, and this may be where Apple gets involved.

Dreamlining
Boeing seems to have survived its own battery issues. Early last year, a series of incidents related to the battery used on the new Boeing 787 Dreamliner caused the entire fleet to be grounded for a few months until technical fixes were implemented.

But, the company hasn't missed a beat. Boeing has grown revenue and EPS, despite the battery problems. The company is capitlizing on the early stages of a growth spurt in aviation. Boeing's own estimates indicate that during the next 20 years, the number of passenger aircraft in service will double. Boeing has two other aircraft in development, the next-generation model of the 737, which has been a best-seller, and an improved 777, one of the best-engineered planes ever.

Patient investors who ignored the short-term buzz about the battery were rewarded, as the stock is up 69% since January 2013. The same investors should pay attention to the aerospace growth trend and hold their shares. 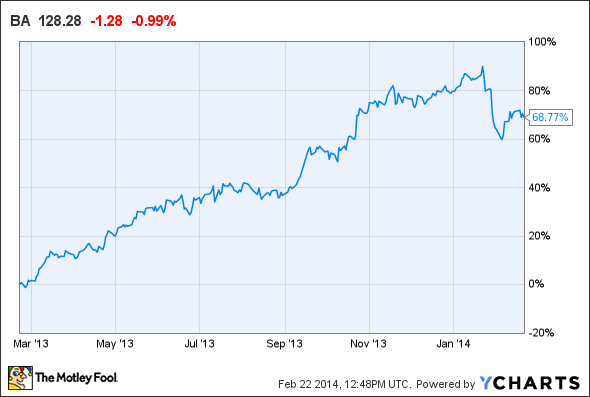 Foolish conclusion
Rumors about an Apple acqusition of Tesla were apparently just that, rumors. Discussions between the two Silicon Valley giants might have centered on battery technology or a collaboration on the use of Apple products in Tesla vehicles.

Maybe Apple learned some things from the automaker regarding the need to offer a more diverse product line. Tesla will add the Model X SUV to its offerings. To grow, Apple badly needs another product besides the iPhone, as things have been a little flat in Cupertino for a while now.

Aerospace giant Boeing survived battery issues and continued its own growth spurt, rewarding forward-thinking investors who could continue to profit from more opportunities in aviation.