National business activity declined for January, according to a Chicago Federal Reserve National Activity Index released today. Based on a weighted average of 85 different indicators, the Chicago Fed Index provides an overall picture of our nation's economy. An above-zero reading denotes economic expansion, while a negative number implies contraction.

After clocking in at a revised 0.03 value for December, this month's report puts business activity at an even lower -0.39. From a longer-term perspective, the index's three-month moving average dipped 0.16 points, to 0.10, sticking it out in growth territory. 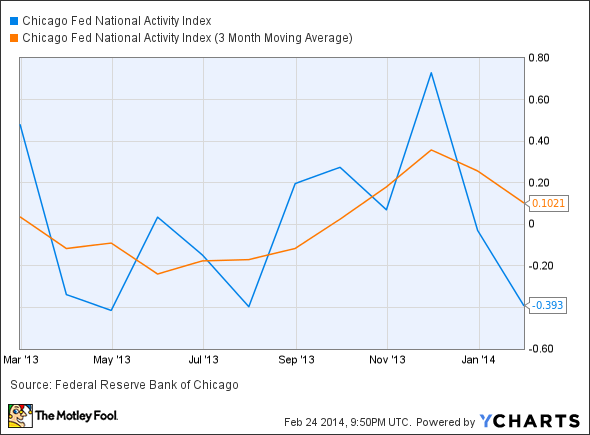 For January, production-related indicators shaved off 0.36 points from the Index, providing the main push for this month's lackluster numbers. Consumption and housing kept up their cuts, clocking in at a combined -0.18 after December's -0.14 reading.