Please ensure Javascript is enabled for purposes of website accessibility
Log In Help Join The Motley Fool
Free Article Join Over 1 Million Premium Members And Get More In-Depth Stock Guidance and Research
By Dan Newman – Feb 24, 2014 at 9:30AM

When a company begins to defensively acquire companies, it has to tread carefully to sustain its future.

When you walk through the grocery store, you're enticed with different brands all advertised to cater to certain lifestyles. You could choose Bounty paper towels, Crest toothpaste, Tide detergent, and Iams dog food, with each brand speaking to you in a certain way. And, you might think that none of these products have anything to do with each other, even though Procter & Gamble owns all of these brands. 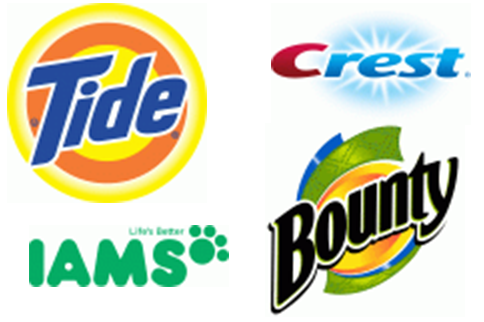 A bunch of brands under one umbrella: Facebook's future? Source: PG.com.

Why does Procter & Gamble owns all these brands? Because the company can apply its consumer goods expertise to each product line, which is the benefit of conglomerating them under one parent company. And now, as the tech industry matures, Facebook (META -0.74%) is taking the same tack. Facebook's purchases of WhatsApp and Instagram, both run separately as brands, could just be the beginning of this industry cycle.

And soon, as you stroll through the digital stores, it might become difficult to tell just which company ends up serving your download.

Procter & Gambling on conglomeration
Many point to Facebook's acquisitions as defensive moves against potential future competitors. The question, of course, is what expertise does Facebook offer its new parts? Procter & Gamble, dealing in physical goods, has physical economies of scale -- distribution, sales, accounting, logistics -- but does Facebook offer digital economies of scale?

As Facebook seems to keep purchasing upstarts through eye-popping acquisitions, there are two paths of thought. One, that Facebook will be the parent company of all things social on the web. And two, that such a conglomeration strategy fails spectacularly. As an investor, you must consider both. 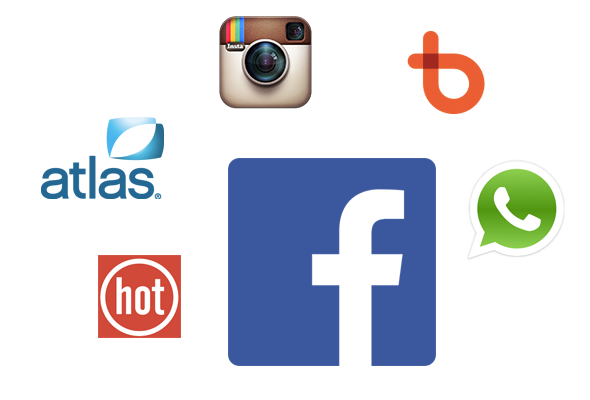 Facebook surrounded by a handful of its acquired companies. Source: Company websites.

The parent company of social
With top-dog status, Facebook snatches up anything that seems to threaten a piece of its social monopoly. And so far, this strategy has paid off in terms of users. It bought Instagram when it only had 30 million users, and now it has over 150 million. And it's been able to introduce ads into the platform in the form of sponsored photos and videos. Facebook's expertise could be monetizing the everyday moments of our life that we share with others.

This monetization tactic will have to be broached slower with its WhatsApp acquisition, as one of the application's tenets is that paying for a service is better than throwing ads in it. However, if anyone is capable at shifting cultural norms, it's Facebook.

As new social companies crop up, and they will, Facebook can stay ahead of them by offering this advertising talent. In addition, Facebook could offer multi-network advertising across all of its different social platforms, ensuring advertisers broad reach -- or a deep reach into all the social applications of one user. An ad that a user sees on Facebook could get further brand awareness when that user checks out Instagram, and then messages with WhatsApp. Ad blitzes might never be so easy, yet targeted.

The flailing Goliath
On the other hand, always playing catch-up to upstarts through acquisitions could be a very self-destructive strategy. Whereas Procter & Gamble has physical infrastructure that gives it an advantage over new entrants, the code behind a social network is relatively simple -- cut and paste. And Facebook's greatest advantage, network effects, have proven to be repeatable by a few developers. Trying to stay on top of social trends is as difficult as predicting fashion, or daily stock market moves, and as Facebook must keep spending to own the latest trends, it could only be a matter of time before a company spurns them and makes a successful viral grab for users.

As successful as AOL was, and as hard as it tried to stay on top, technology and social habits changed enough to allow the Davids of the Internet a clean hit with their slingshots.

The balance point
What path Facebook takes comes down to how it spends its resources. If it keeps paying premium prices, like the arguably inflated price of WhatsApp, it won't be able to keep purchasing every start-up it wants. But if such acquisitions add to its spending power in the long term, it could continue such a strategy indefinitely, no matter how society changes its online taste.

Dan Newman has no position in any stocks mentioned. The Motley Fool recommends Facebook and Procter & Gamble. The Motley Fool owns shares of Facebook. We Fools may not all hold the same opinions, but we all believe that considering a diverse range of insights makes us better investors. The Motley Fool has a disclosure policy.