Chipotle's 50+ P/E is unsustainable in most scenario's. 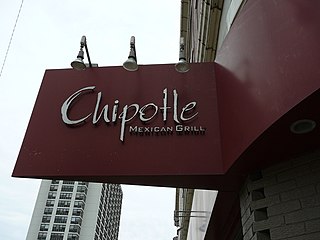 The fast-casual business model of Chipotle Mexican Grill (CMG 4.78%) has been nothing short of astonishingly successful since the company first entered the restaurant space. Unfortunately for Foolish investors, this success has not only led to a large number of imitators in the fast-casual space but a sky-high valuation of over 50 times current earnings. Given where the company is in its life cycle, and the fact that is no longer a fast-growing start-up, Foolish investors would do well to consider just what needs to happen at Chipotle to justify its astronomical valuation.

Sustainable competitive advantage
A sustainable competitive advantage is necessary for any business if it seeks to provide abnormal long-term earnings. This fact is something Warren Buffet preaches often. Chipotle offers reasonable fresh food, but it's supply chain and IT systems have no unique characteristics compared to its peers and potential entrants. Ingredients and supplies are delivered to restaurants from 23 regional distribution centers. The IT system integrates point-of-sale information between locations, distribution centers, and the corporate office. These systems are common place in today's information age. It is highly improbable Chipotle will achieve a sustainable competitive advantage within its current model of serving a burrito or salad.

Effects of inflation
Chipotle is highly susceptible to cost-price inflation. An increase in food-based commodity prices increases its costs, therefore decreasing net income. Many of Chipotle's core product inputs, such as meat, wheat, and corn have increased significantly. For example, according to the CBOT corn futures index, corn prices have increased over 200% since 2005.

Increasing prices to consumers can maintain the 10% profit margin the company currently boasts, but have a negative impact on sales. CEO Steve Ells admitted to price increases of approximately 4% in the last earnings call. There are two probable responses from consumers in this scenario. One is to choose a lessor quality of fast food such as Yum! Brands (YUM 2.08%) owned Taco Bell. The other is to simply go to the grocery store and make the salad or burrito. As the cost of eating out rises, it becomes more economical to prepare lunch or make dinner at home. Further price increases may be tough to swallow for customers.

U.S. growth expansion
Chipotle has expanded significantly within the U.S. since its 1993 inception. Capital injections from McDonalds in 1998 and its 2006 IPO helped fuel expansion. As of December 2013, Chipotle had 1572 locations, which was a 2 store increase from 2012. A yearly 2 store increase hints to future decelerated openings if compared to prior years.

Given the $800,000 cost provided by the 2013 10K to open a location, and the 20 year minimum lease policy, the company must open in populated areas. A location in a rural area would not be profitable due to sheer demographics. Chipotle has already established itself in many of the high population density areas within the U.S. These locations have larger traffic then ones not yet developed.

The average yearly cost of operating a store according to the 2013 10K is $1.7 million; which will decrease slightly in the future given economies of scale. Low operating leverage is problematic, implying that if a store is not generating much sales, it cannot maintain a strong net income simply by lower its expenses. This is especially true for Chipotle since it must provide customers with fresh food at a fast rate. The implications of this are enormous, and explain why Chipotle will not continue to open new stores at large rate.

International Growth
It is unlikely that other cultures will have a strong demand for fast casual concepts, and particularly Chipotle's product offering. Chipotle niches itself in a Mexican fast-quality food space. This international space will likely prove precarious for two reasons. Other cultures have a stronger food identity and tradition. The other reason is that when other cultures are inclined to eat a fresh meal, they are more likely to buy ingredients from a market and cook it themselves.

The large P/E multiple implies international expansion, but current efforts to move overseas do not coincide with expectations. At the end of the September 2013 quarter, Chipotle had 6 locations in Canada, 6 in England, 1 in France, and 1 in Germany for a total of 14. For the December 2013 quarter, there were 16 international locations; 7 in Canada, 6 in the United Kingdom, 2 in France, and 1 in Germany. The anemic growth is concerning, primarily because the most resembling cultures, Canada and England, were opened in 2008 and 2010 respectively.

Signs of strategic planning
Chipotle is starting to make secondary strategic moves, with it's eye toward the pizza and Asian concept market. This provides a great deal of information, because it sheds light on Chipotle's life cycle and opportunity curve. Chipotle would only move into these markets if it believed that Pizzeria Locale and ShopHouse had a higher net present value than more domestic or international locations. Lateral diversification into companies with little brand equity while struggling internationally is either a blunder or an illuminating sign, especially as the value proposition for the products are unclear.

There are many mature pizza chains with well-established brands and infrastructure that compete aggressively. There are also local pizza shops in almost every town that use "local quality ingredients". Furthermore, many pizza places have been using a fast-casual model; putting together fresh ingredients and creating a finished product within minutes.

Similarly, low-cost Asian cuisine is well saturated. There are many takeout or delivery places that provide fast service. Customers desiring a sit-down meal are likely to eat at a higher price point or at an all-you-can-eat establishment.

The full burrito
Chipotle has done well since its 1993 inception by being a first mover in Mexican fast-casual food. Continued growth that meets the market's expectations is very uncertain. The "international expansion" and "strategic investments" have created a lot of hype but have yet to pan out. The lack of a competitive advantage and increased costs are guaranteed to normalize margins as the fast-casual industry matures. To buy the stock at the current P/E level, there is no margin of safety for anything below strong long-lasting earnings growth well into the future.