Apple and Google will be reaping their first-movers into mobile advantages for awhile. Can Microsoft keep up?

The razor and blade model is a classic business strategy: Give away the razor, and the consumer will have to purchase the associated blades. For a while, Microsoft (MSFT -0.80%) has been the default blade for PCs. And while PCs have yet to be given away for free, that's where the price trend is headed as low margins and the exits of many PC manufacturers tell the story of companies giving them away almost at cost.

While Microsoft didn't have to worry so much as the PC became commoditized, it does have to worry as operating systems are losing their value -- both to consumers and companies.

The evidence
As an example, Microsoft just drastically reduced the fee it charges manufacturers for a Windows license from $50 to $15, as long as those devices retail under $250. This comes after Windows OEM revenue declined 3% in the latest quarter. Why is Windows losing ground? Many point to the competition from Google's (GOOGL -0.94%) Chrome operating system, as well as Apple's (AAPL -0.34%) move late last year to make upgrading to its latest Mavericks operating system free. Also, Microsoft has yet to score a win in the growing tablet market, where its traditional desktop operating system has failed to translate well.

Apple and Google are also encroaching on Microsoft Office's territory. Apple is giving away its Pages, Numbers, Keynote applications with all new Mac purchases. Google Drive, formerly Google Docs, is also free, and contains much of the same functionality as the other office suites. Microsoft has taken on these competitors with its own free version of Office Online.

Value in the ecosystem
While an operating system or office suite itself may not provide value that consumers will continue to pay for, there are plenty of ways to continue making profits off of them.

For Apple, it's in iTunes. Taking a cut of each piece of media or software results in a tidy bit of revenue -- at least $4 billion in three of the past four quarters.

For Google, it's in its Play store. Offering similar media and applications as iTunes, Google's wide installment base of Android reaches plenty of potential customers. Google lumps its Play revenue together, so exact figures are not known, but Citigroup analyst Mark May put last year's revenue at $1.3 billion, which is estimated to grow to $5.2 billion in 2017. 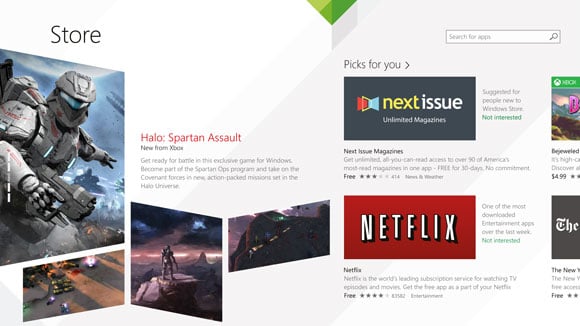 And for Microsoft, future profits lie in its Windows Store ecosystem. Unfortunately, the Windows Store was late to the scene, and developers rarely prioritize creating Windows Store applications. In addition to its free Office Online, Microsoft sells premium subscriptions to its Office 365 service, offering additional features like cloud storage and Skype minutes as a subscription starting at $9.99 per month. Such a subscription plan, though, is a completely new model compared to previous Office offerings.

Scrambling for an answer
The declining value of flagship software products for consumers is evident. And it appears as consumers get accustomed to lower mobile application prices, they will be less likely to shell out hundreds of dollars for software as they've done for the past few decades. Microsoft could have the answer in its subscription model for Office, but it has to find footing in its Windows Store platform. Apple and Google have a more secure grip on their profits of the near future, but they must remain nimble in anticipation of the inevitable changes of the market and industry.

3 Top Stocks to Buy in December and Hold Forever
363%