Microsoft's latest console is being overshadowed by Sony's PlayStation 4. Can a price drop and Titanfall bundle help to turn things around?

The incredible success of Sony's ( SONY -2.04% ) PlayStation 4 has caught many people by surprise. The console has already blown by Sony's cautious 5 million unit sales target for the fiscal year, and developers who might have otherwise passed on the system are supposedly taking notice. Of course, the PS4's strong performance is also being closely studied by rivals in the console business. With Sony's system outperforming Microsoft's ( MSFT -0.15% ) Xbox One by a substantial margin, Microsoft is making its first retaliatory moves.

As of Feb. 28, those in the UK will be able to purchase an Xbox One that includes a copy of Electronic Arts' Titanfall for £399. This is down from the system's £429 launch price in the territory. What does the UK price cut mean for the Xbox One in other parts of the world? Will the reduced cost and bundling of Titanfall help Microsoft's console be more competitive with PlayStation 4?

Losing coveted ground
The UK was one of the Xbox 360's strongest territories. Despite being dominated by Sony in the PlayStation 2 era, Microsoft's 2005 console found great success in England. The PlayStation 3 launched at a price point that was substantially higher than the Xbox 360, which enabled Microsoft to champion its more market-friendly console and build the strength of its Xbox brand. A pricing advantage and the fact that many third party games ran better on 360 were chief among the reasons that the device became the most successful HD console in the West. Now, these positions are reversed and Microsoft must adapt accordingly.

Titanfall is big
While the Xbox One's UK price cut is noteworthy, adding Titanfall to the package is a greater boon to overall value proposition. If there is a game releasing in 2014 that can significantly alter the One's trajectory, Electronic Arts' ( EA -3.21% ) high-flying first person shooter is it. The title has been repeatedly put forth as the next big step in the genre, and the open beta testing for the game drew more than 2 million players. By including Titanfall in the Xbox One package, the device starts to look a lot better when compared to the £349 PlayStation 4. 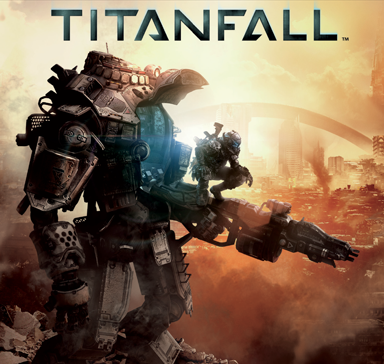 The Titanfall bundle will also be coming stateside, but don't expect any price reductions in the U.S. within the next couple months. The reduction in the UK will bring the system closer in line with the current American pricing. The new bundle will include a digital version of the much-hyped shooter and should help Microsoft to reduce PlayStation 4's considerable momentum advantage.

Did EA make the right play?
While Titanfall is sure to be a hit on Xbox platforms and PC, EA may be having second thoughts about its decision to partner with Microsoft and make the game exclusive. EA has stated that the move was based on its projections for how the most recent round of the console wars would play out. The company quite obviously assumed that Microsoft would continue its mind and market share gains and shape the advancement of the industry. Developing a property as a console exclusive has its advantages, but it also limits the opportunity for franchise growth. This is especially true if you wind up backing the wrong horse.

A multi-round fight
Proclamations that the Xbox One is doomed are premature. The device inarguably started with the wrong product vision for the current games industry and Microsoft is still paying for it. That doesn't mean the company can't turn it around. Sony's PlayStation 3 got off to a disastrous start and then recovered. It looks like Microsoft is reacting quicker to its missteps than Sony did in the last generation. With Titanfall, the Xbox One will be receiving a potential killer app much earlier than the PlayStation 3 did in its lifecycle.

It's games that sell systems
Xbox One desperately needs its "Halo moment." With Microsoft implementing corrective measures and the console war battle at a very early stage, the Xbox One can still be steered to success. The PlayStation 4 will likely wind up as the market leader in this cycle, but its current momentum advantage will be difficult to maintain in the West. Right now, much of the conversation centers around hardware capabilities, a dialogue that undeniably benefits Sony. Microsoft will need to shift the discussion back toward games, and the upcoming Titanfall bundle is a great first step.