After announcing back-to-back deals with Time Warner Cable and Netflix, is Comcast on its way toward absolute dominance, or is the company overreaching? 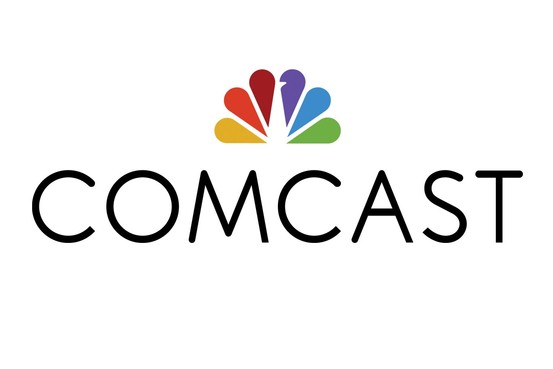 Comcast ( CMCSA -5.29% ) just keeps on winning! Just days after announcing that it would be acquiring Time Warner Cable (NYSE: TWC) in an all-stock transaction, the company broke news that it struck what will likely be a lucrative deal with Netflix ( NFLX 2.10% ). What does all this wheeling and dealing mean for shareholders of the company? Is the media conglomerate getting ahead of itself or are things just beginning to take off for Comcast?

Comcast: coming to a home near you!
With a market capitalization of $135 billion and roughly 19 million managed subscribers, Comcast is one of the largest companies in the world. It's about to get a lot bigger! On Feb. 13, the company released a statement in which it disclosed that it will be acquiring Time Warner in a deal valued at $45.2 billion. At a price of $158.82 per share, the transaction will net Time Warner's shareholders a 17% premium to the company's closing share price on the day leading up to the announcement and guarantee them 23% ownership in the combined entity.

On top of adding 11 million managed subscribers to its roster, the Time Warner deal is expected to create synergies that will reduce operating costs for Comcast by $1.5 billion. Despite concerns that the transaction will lead to a monopolistic position for Comcast, the company is expected to hold less than a 30% market share in terms of managed subscribers, which could smooth things over for regulators.

To make the situation even sweeter, the merger will stick fingers in the eyes of Charter Communications ( CHTR -3.32% ) and Liberty Media Corporation, two companies that have been working on acquiring Time Warner. In January, Charter sent a letter to Time Warner's CEO, Rob Marcus, in which he discussed the possibility of buying the rival company. The offer valued Time Warner at a hefty $37.4 billion, which would have come out to $132.50 per share. Of this price, $83 per share would have been paid in cash, while the remainder would have been paid in Charter shares.

Despite the fact that the deal would have given Time Warner's shareholders a 45% stake in Charter, the company quickly rebuffed it. Instead, Marcus claimed that the price offered was inadequate, but that he would consider pursuing a merger if Charter could offer somewhere in the range of $160 per share. 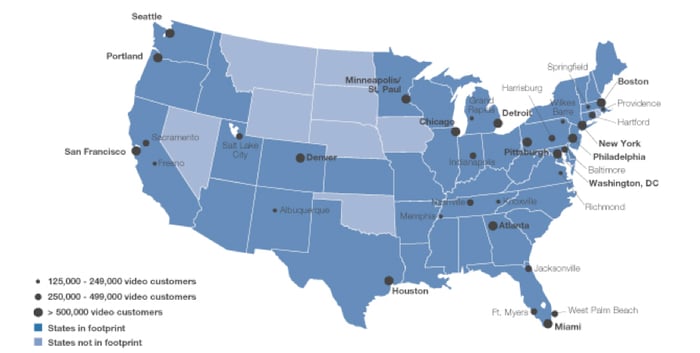 As we can see in the picture above, Comcast has a significant footprint in most states within the U.S.  By acquiring Time Warner the business will not significantly expand outside of its current geography, but it will gain more exposure in New York, Texas, Southern California, both North and South Carolina, Ohio and Wisconsin.

Now Netflix is on the chopping block!
Now that Comcast is on its way to becoming even larger, new doors of opportunity are opening for the company. On Feb. 23, Comcast and Netflix announced that they had reached an agreement whereby Netflix would pay Comcast for faster broadband speeds. Due to the combination of a decision by the DC Circuit Court that struck down the Federal Communications Commission's net neutrality principle and Netflix's customers complaining of slow service, the parties had agreed to compromise.

Unfortunately, Netflix and Comcast refuse to disclose terms which relate to the costs they incurred and the benefits they received as results of the deal, but it's hard to imagine that Comcast received the short end of the stick. More likely than not, the agreement will mean higher profits for Comcast and lower profits for Netflix. However, with faster service times, it's likely that any decrease in profits for Netflix will be met with a greater subscriber base for the company in the future, as better service will likely attract additional customers.

Following the announcement, the CEO of Verizon Communications ( VZ -0.55% ), Lowell McAdam, appeared on CNBC to discuss its implications for his company and, potentially, other broadband suppliers. Now that two big parties have entered into a contract wherein a provider will receive payment in exchange for providing higher processing speeds, McAdam is hopeful that other deals will commence.

"I'm not here to pre-announce and I'm not here to change my hand at the negotiating table, but I think there's a good opportunity here," he said while being interviewed on CNBC's Squawk on the Street. In a situation similar to how Netflix and Comcast have been talking for months about striking up a deal, McAdam claimed that Verizon has been holding conversations with the streaming service for the past year.

Foolish takeaway
At this point in time, it's difficult to tell what the implications of the Comcast/Netflix deal will be for both of these businesses, let alone other players in the industry. More likely than not, Netflix will end up being adversely affected (at least in the short term), but it's possible that the companies' agreement will prove accretive to both of them in the long run.

For the Foolish investor, the safer way to play the agreement will be to consider investing in shares of broadband providers like Comcast while sitting on the sidelines to see how the deal affects Netflix and other streaming services like Amazon.  No matter what the outcome is for streaming companies like these, Comcast looks to be a prime prospect for shareholders who are looking for a business that has a large economic moat and growing influence in the United States.