Carbon crush
With 38 million citizens and an economy the size of Italy, California makes Texas look tiny. The Sunshine State is a leader on several environmental fronts. It's installed over 145,000 solar panel systems -- more than seven times second-place Arizona. It is almost always the leader in pushing for new federal environmental and fuel efficiency standards. And last year, frustrated by national inertia, it started its own carbon cap-and-trade system.

But despite its best efforts, only coal-centric Texas tops California on the list of carbon dioxide emitters. In 2011 (most recent available data), California pushed out 346 million metric tons of CO2 -- that's more than the 15 cleanest states combined.

Ticket to ride?
But Tesla Motors, may hold Cali's ticket out of pollution. Petroleum products consumption in the transportation sector accounts for a whopping 198 million metric tons -- 57% of total emissions.

According to Tesla Motors, its electric cars offer zero-carbon emissions -- for the careful consumer. Since Tesla Motors, vehicles are entirely electric, the transportation sector can chalk up a big, fat goose egg for petroleum product emissions from the Model S, Model X, and whatever's yet to come.

But Tesla cars might fall short if an owner's electricity comes from coal, petroleum products, or natural gas. Luckily, California's 145,000 solar panel systems have their part to play.

Dr. Rob Wilder, CEO of WilderHill Clean Energy Index, Wall Street's first clean energy index, is practicing what he preaches. In a Tesla blog post, Dr. Wilder describes how he gets 72 miles per day from sunlight.

Wilder owns two solar panel systems that boast a collective capacity of 6.65 kW. That provides him with around 24 kWh per day of solar power. And while that's not enough to fully fill up his 2008 Tesla Roadster's electric fuel tank, it's enough to drive him 72 miles.

Even in California, which boasts three of the top 10 worst commutes in the U.S., that goes a long way. Wilder refers to his cutoff as "72 MPS," or 72 miles per day of sunlight.

And for those who can't or don't want their own solar system, California's utilities are continually investing large-scale solar farms. There's currently no way to pull power directly from solar, but the state's scattered solar projects continue to push clean power to Californians all around. 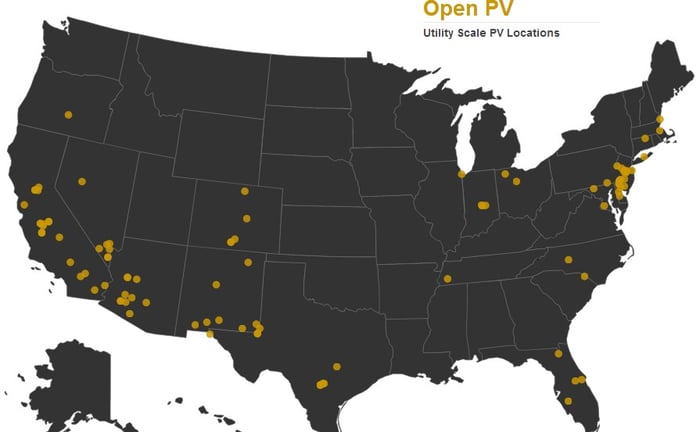 Taking the guzzle out of gas
If every Californian were to drive a clean-power Tesla, the state's transportation sector would cut carbon emissions by a massive 199.3 million metric tons. That's roughly equal to Indiana's total carbon emissions.

With no transportation pollution to worry about, California's total emissions would clock in at 147 million metric tons -- the same as Kentucky's -- dropping the state's pollution place to 13th.

If California is serious about its clean and green image, it needs to take control of its transportation sector's carbon addiction. And Tesla Motors may just be the answer it's looking for.