Construction spending edged up 0.1% in January to a seasonally adjusted annual rate of $943.1 billion, according to a Commerce Department report (link opens as PDF) released today.

After increasing 0.1% for December, analysts were pleasantly surprised, having expected January spending to slump 0.2%. 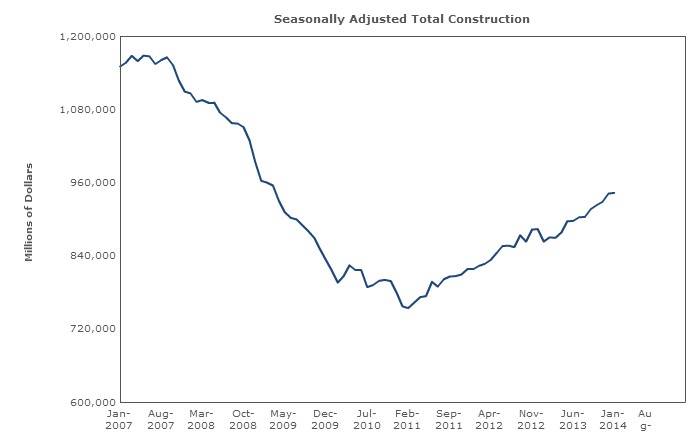 Public construction spending tapered off in January, dropping 0.8%. Although highway spending increased 3.7%, a 1.8% drop in education spending put a damper on growth.

Economists had expected the January weakness, believing that construction, like other parts of the economy, would be slowed by the unusually cold weather. However, the expectation is that builders will see better gains once spring and warmer weather arrive.

Comparing January's report to a year ago, overall construction spending is up 9.3%.