Please ensure Javascript is enabled for purposes of website accessibility
Free Article Join Over 1 Million Premium Members And Get More In-Depth Stock Guidance and Research
By Philip Saglimbeni - Mar 4, 2014 at 9:00AM

Investors still shouldn't overlook Alaska Air Group, whose shares are up more than 70% in the last year. The company remains the best investment in an often volatile industry.

One look at the trajectory of Alaska Air Group's ( ALK -1.92% ) share price and you can tell the company has been faring well of late. The stock is up more than 70% in the last year and nearly 20% since January, and it outperforms both smaller competitors like JetBlue Airways ( JBLU -1.80% ) and larger ones like Delta Air Lines ( DAL -1.80% ).

With such remarkable outperformance, however, investors must now consider whether the small airline still makes for a viable long-term investment. To decide, it is necessary to learn why share of Alaska Air Group have rallied in the first place. Let's find out by starting with the company's recent earnings report. 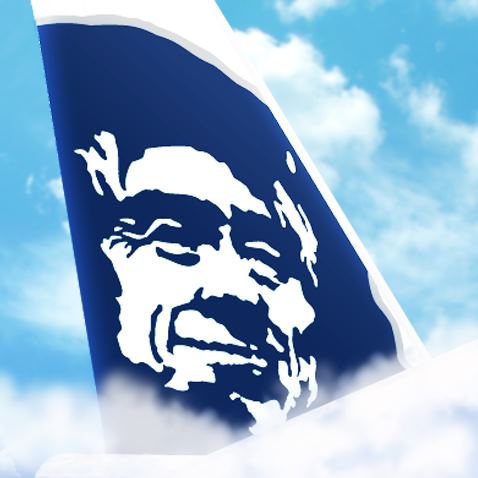 Record fourth-quarter earnings
Alaska Air Group's recent outperformance in the stock market was in part driven by strong quarterly results. The company reported net income of $77 million, or $1.10 per diluted share, in the quarter, which beat the average analyst estimate of $1.07. On a year-over-year basis, net income grew a staggering 49% from last year's $50 million.

Also, several other positives came out of the company's most recent earnings release. For 2013, Alaska Air Group achieved a return on invested capital of 13.6%, which compares favorably to 2012's ROIC of 13%. The company also built up its unrestricted cash to $1.3 billion, which is equal to 21.8% of the company's market capitalization.

Finally, the company recently increased its dividend by an impressive 25%. Not only is Alaska Air Group one of the few airline companies healthy enough to pay solid dividends, the increase also stands out because the company just began issuing dividends to investors in mid-2013.

Fundamentals continue to lead the industry
One of the most impressive aspects of Alaska Air Group has always been the company's industry-leading fundamental metrics. The following is a breakdown of some key industry metrics:

As the data above clearly indicates, Alaska Air Group is on a different level compared to listed competitors. But what gives the company such a consistent edge over its peers?

For example, in 2013 the Alaska Airlines flight brand was named "Highest in Customer Satisfaction Among Traditional Network Carriers" by JD Power, which marks the sixth-consecutive year the brand has won the award. The flight brand was also named best major airline in the U.S. by The Wall Street Journal's "Middle Seat."

Clear skies ahead
When you consider the strong positioning of Alaska Air Group's brands among consumers, a corporate expansion seems like it would be a relatively easy process. Not surprisingly, management has done well expanding the company's routes. In the fourth quarter alone, Alaska Air Group added 10 new flight routes, including San Diego-Boise and Anchorage-Las Vegas.

Furthermore, the company has already announced the launch dates of seven more nonstop routes for 2014, the first of which is Portland-Salt Lake City scheduled to launch on June 9.

As long as management can steadily roll out new routes, the company should be able to continue leveraging its strong flight brands and capture new geographic markets. As such, Alaska Air Group remains my top pick in the airline industry and even appears to have the makings of an ultimate growth stock. But do Motley Fool analysts agree?