On March 3, Norwegian oil and gas giant Statoil (NYSE:EQNR) announced the results of a drill stem test at the company's massive Zafarani gas field off of the coast of Tanzania. The reason for this test was to analyze the future production potential of Zafarani. It was revealed to be quite good, and the test showed that the well would likely produce gas at a higher rate than what was achieved during the test. This bodes well for Statoil, which is considering developing a full-scale LNG production facility at the site.

About Zafarani
The Zafarani reservoir is a large deposit of natural gas located off the shore of the eastern African nation of Tanzania. This reservoir is located in the prolific Block-2 area, which also contains several other natural gas deposits. 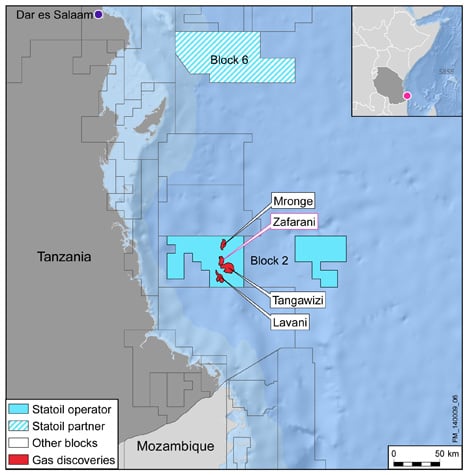 Some might recognize this area as being just north of Mozambique, a country in which Italy's Eni (NYSE:E) discovered the massive Mamba gas field, estimated to contain 60 trillion cubic feet of natural gas in place. While Statoil's gas fields in Block-2 are nowhere near that size, this is still a significant amount of gas and could create a very strong opportunity for Statoil.

Worth the cost?
Unfortunately, converting natural gas into LNG is a process that requires very specialized equipment. This process can only be performed at purpose-built plants that are very expensive to construct. For example, the Yamal LNG plant currently being planned for construction in northern Russia has a budgeted cost of $15 billion-$20 billion. The Yamal plant is one of the biggest in the world and so is more expensive to construct than a smaller plant but, regardless, an LNG plant still costs several billion dollars to construct. Therefore, the area in which the LNG plant is to be constructed needs to contain a substantial volume of natural gas to justify the costs of constructing the plant.

Fortunately, Tanzania's Block-2 contains enough gas to justify the investment into constructing such a plant. Statoil sees this and is making such an investment. On February 14, Bloomberg Businessweek reported that Statoil and BG Group will be constructing an LNG plant in Lindi, Tanzania, to export the natural gas extracted from the offshore fields in the country. The LNG that comes out of these plants is bound for Asia, a region in which natural gas is in great demand, and this demand is likely to grow going forward. 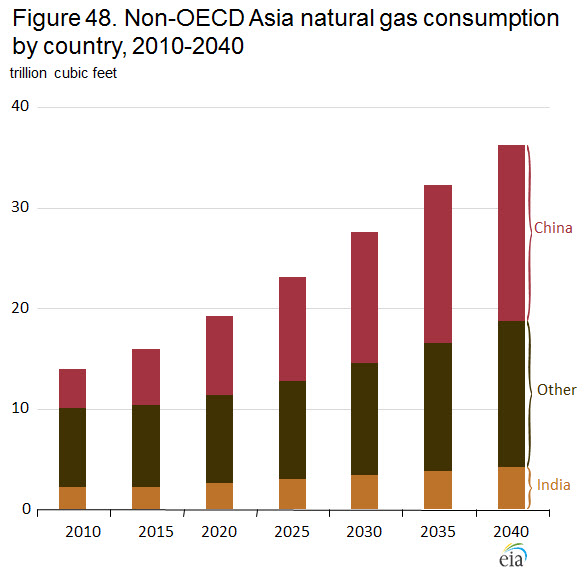 Statoil is well-positioned to supply the gas needed to meet this demand due to these large deposits in Tanzania as well as the company's new LNG plant which it plans to construct.

Not a short-term play
It is important to understand that the development of these resources and the beginning of gas exports to Asia is not an opportunity that Statoil will be able to exploit within the next year or two. The development of an offshore field is a process that takes eight to ten years. Fortunately, Statoil is already a few years into the process. Additionally, the construction of an LNG plant takes a few years. For example, the Yamal LNG plant in Russia is expected to require approximately two years from approval to being brought online and nearly four years to complete. Fortunately, Statoil can work on constructing this plant while it is also developing the fields located off of the Tanzanian coast. This could allow the company to begin supplying natural gas to Asia by the end of this decade. This is just one avenue of growth that Statoil will be pursuing as it makes its way toward 2020.