Please ensure Javascript is enabled for purposes of website accessibility
Free Article Join Over 1 Million Premium Members And Get More In-Depth Stock Guidance and Research
By Anna B. Wroblewska - Mar 5, 2014 at 7:30AM

An unassuming accounting rule lets banks list drops in the value of their financial instruments as profit -- and gains as losses. What? 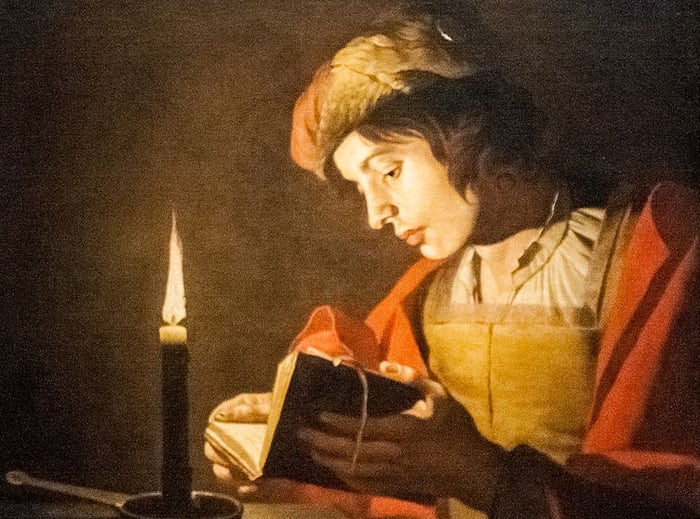 So there you are, perusing Bank of America's ( BAC -1.42% ) most recent 10-K, smiling because you've noted that 42% of the bank's income comes from non-interest sources and you know what that means.

You're serenely perusing the company's trading and equity account activities when your eyes skim across something like (I'm paraphrasing), "Information information, and oh, by the way, DVA losses of $508 million."

What is DVA?
It doesn't seem to be defined anywhere in the financials, which tends to make one feel rather out of the loop. Is it one of those obvious things that everyone knew about before me, you ask, like Snapchat (which some of us still don't quite grasp)?

Or is it like parking in LA -- deliberately confusing? Photo credit Sarah Van Ness.

DVA stands for Debit Valuation Adjustment (or Debt Valuation Adjustment, depending on who you ask), and it's an accounting maneuver that allows companies to mark drops in the value of their own financial instruments as income. In other words, as the market's perception of a company's creditworthiness declines, the company can book a profit, and vice versa.

How does that work again?
The underlying idea is banks can and should mark their assets and liabilities to market, including their bond issuances, derivative contracts, etc. This of course makes sense: investors want to know the market value of things.

The weird part: If the value of your liabilities goes down, then that's less money you need to pay to your counter-parties, which theoretically means an improvement to your profits.

I'll give you a moment to digest that.

The use of DVA
Some banks started using DVA with great enthusiasm in 2008, despite the unseemliness of reporting gut-wrenching declines in confidence and value as "profit." But aside from the matter of politeness, DVA can cloud your reading of a bank's financial performance because of its volatility and impact on the income statement.

And make no mistake: DVA is volatile. In the case of Bank of America, trading account profits rose 20.2% in 2013 from 2012, but strip away DVA from both years and trading profits actually dropped 46%.

Is this normal?
In a word, yes. For example, Morgan Stanley ( MS 0.46% ) experienced a "loss" of $681 million in 2013 owing to DVA, after a loss of $4.4 billion in 2012 (it sounds so frightening, until you realize it's more of a mystical thing). JPMorgan ( JPM -0.59% ) also had a $500 million DVA loss in the fourth quarter of 2013, but this giant bank has moved onto greener valuation pastures with the implementation of the Funding Valuation Adjustment (FVA), which, very loosely speaking, helps to counteract the swings of DVA. Citigroup ( C -1.85% ) nets DVA against its Credit Valuation Adjustment (CVA, essentially the opposite of DVA in yet another way) in its reporting to reduce the volatility of DVA. Does your head hurt yet?

So what does all this mean?
Well, for one thing, for something as "simple" as an accounting rule, there are an awful lot of ways to deal with it and share the information with investors.

Not only that, it makes comparison difficult. Of course, it makes sense to strip out DVA when looking at earnings (I invite you to roll your eyes while doing so), but you have to be careful, lest you forget to exclude it from previous years as well. And in the case of JPMorgan and Citigroup versus, for example, Bank of America, take care to understand that they're doing it all a bit differently.

Whatever you do, keep it in mind: Not being aware of DVA can give you a very skewed perception of a bank's income sources, its activities, and even the most basic measures of its profitability