Overall numbers are up, but deeper signs point to potential pullbacks.

Total consumer credit expanded at an annual rate of 5.3% for January to hit $3.11 trillion, according to a Federal Reserve Consumer Credit report (link opens a PDF) released Friday.

After expanding at a seasonally adjusted annual rate of 6.2% for December, this month's increase was due exclusively to a 7.5% jump in nonrevolving credit, which includes fixed-payment loans such as car loans, school loans, and any other non-recurring credit.

But January's jump came mostly from government purchases of student loans, according to The Wall Street Journal, hiding an otherwise meaningful dip in revolving credit outstanding.

In absolute terms, analysts had expected a $14 billion increase in overall credit outstanding, while actual numbers came in at $13.7 billion. 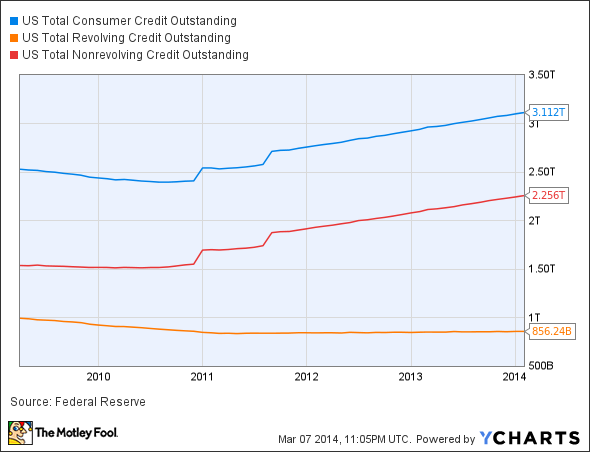