Please ensure Javascript is enabled for purposes of website accessibility
Free Article Join Over 1 Million Premium Members And Get More In-Depth Stock Guidance and Research
By Keith Noonan - Mar 8, 2014 at 7:00AM

Microsoft's latest console is being outpaced by Sony's PlayStation 4. Will an exclusive game from Electronic Arts help the Xbox One close the gap?

The Microsoft ( MSFT 0.01% ) Xbox One has been getting trounced by the PlayStation 4 from Sony ( SONY 0.95% ). While the most recent round of the console wars is currently at a very early stage, the momentum advantage enjoyed by the PlayStation 4 is substantial enough that many have already declared a decisive victory for Sony. A recent statement from the company indicates that the PlayStation 4 had sold more than 6 million units as of March 2. Xbox One's worldwide sales are estimated to be around 4 million units. With Microsoft's console looking to be a non-factor in Japan and PlayStation 4 outperforming it in every major territory, Sony looks to be in good position to continue this trend. That's not the whole story, however.

The Xbox One could very well offer a better software lineup than Sony's system in 2014. Of the One's upcoming games, none have received the level of hype and anticipation currently swirling around Titanfall from publisher Electronic Arts ( EA 0.17% ). Exclusive games have become increasingly rare among the industry's rising development costs, but are still certain to be a driving factor in console adoption. Given that PlayStation 4's considerable hardware advantage all but assures the system will receive graphically superior versions of multi-platform games, the importance of exclusives offers Microsoft a fighting chance. Can Titanfall help to reverse Xbox One's fortunes?

A game of titanic importance
The March release of Titanfall marks the debut of the first exclusive game with generation-defining potential. The fact that the game will also arrive on the Xbox 360 (as well as PC) highlights the reality of diminishing graphical returns in the console space, but Microsoft's marketing machine guarantees that the title will primarily be viewed as an Xbox One game. Sony's Killzone: Shadow Fall may have sold more than 2 million copies and be a better graphical showcase, but Titanfall is undeniably the more important release. 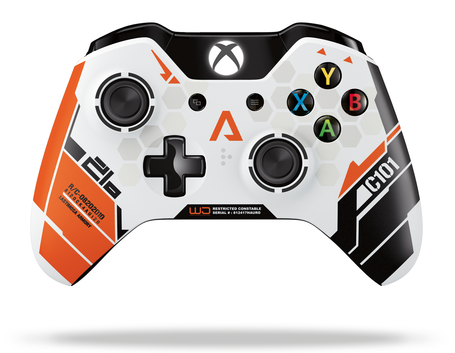 Respawn Entertainment, the developer of Titanfall, is said to have played a notable role in the shaping of the Xbox One. A recent system update that reworks the Xbox One controller's sensitivity was carried out with Respawn's guidance in order to improve the Titanfall experience. The title will launch alongside an Xbox One bundle that includes a digital version of the game at no additional cost. With PlayStation 4 outselling the One in key territories like North America and the UK, Titanfall's debut represents Microsoft's first real chance to change the winds of the console wars.

Microsoft's smartest move in this console cycle?
EA's high-flying first person shooter wasn't always planned as a platform exclusive. Microsoft approached the publisher with the possibility of a deal and EA's projections for how hardware market share would play out made the arrangement even more attractive. If the series is to stay exclusive to Microsoft's platforms, the move would almost certainly limit its growth potential. There's talk that a Titanfall sequel could land on Sony's PlayStation 4. If the first installment proves to be a massive hit, Microsoft would be wise to provide the necessary incentives to ensure that the series does not grace Sony platforms. A graphically superior PS4 version of Titanfall 2 could arrive in as little as two years and would eliminate one of the defining reasons to purchase an Xbox One.

The keys to improving Xbox One's value proposition
Microsoft has erred in putting forth a console with weaker hardware than PlayStation 4 at a higher price. With the promise of Xbox One's TV integration and cloud infrastructure being slow to materialize, the focus once again shifts to games. Lucky for Microsoft, the PS4's currently announced 2014 lineup doesn't look particularly strong. A price drop for the Xbox One could see the two consoles on much more even footing by the end of the year. Even if a price reduction were to occur in time for 2014's holiday sales period, the One's future is largely dependent on Titanfall being a massive success.