In September 2011, PepsiCo (NASDAQ:PEP) announced the formation of the Power of One -- a council that brings together the company's top food and beverage executives to leverage the scale and brand equity of its complementary snack and beverage businesses. Then, in 2013, the company signed an agreement with Buffalo Wild Wings (NASDAQ:BWLD) to supply soda for its beverage fountains, a move that conveniently removed Coca-Cola (NYSE:KO) as Buffalo Wild Wings' beverage supplier.

PepsiCo's deal with Buffalo Wild Wings is old news, but an activist investor's bid to break up the company continues to make headlines. However, the more one looks at PepsiCo's successful interactions with its food-service partners, the more one sees that the company really is better together.

Activist continues to harass PepsiCo
Activist investor Nelson Peltz, who owns a little less than 1% of PepsiCo's stock, has been screaming and shouting since mid-2013 for the company to spin off its ailing beverage business. Even after CEO Indra Nooyi definitively dismissed the idea during PepsiCo's fourth-quarter conference call last month, Peltz continues to fight for support of his proposal.

Don Yacktman, manager of the successful Yacktman Asset Management family of mutual funds, owns more than 2% of PepsiCo's shares outstanding. Unlike Peltz, Yacktman does not believe it prudent to separate the two businesses. Even Warren Buffett, who owns Coca-Cola but not PepsiCo, came out against Peltz's proposal in a recent interview with CNBC. As of now, it looks like the company will continue intact.

Power of One becoming more obvious
Peltz's apparent failure to break up the company is looking increasingly fortunate for PepsiCo shareholders. In the ultra-competitive fountain-drink channel, PepsiCo needs all the help it can get to gain entry into restaurants. Coca-Cola, which has a 70% share of the U.S. fountain business, is a constant headache for PepsiCo. Just recently, California Pizza Kitchen switched its fountain supplier from PepsiCo to Coca-Cola.

In this context, PepsiCo's deal with Buffalo Wild Wings does not seem particularly important. In reality, the agreement demonstrates an important difference between PepsiCo and Coca-Cola that could lead to fountain share gains for PepsiCo in the coming years.

Buffalo Wild Wings' typical customer is a young male sports fan who tends to drink Mountain Dew, so it makes sense that the beer-and-wings chain would partner with PepsiCo -- maker of Mountain Dew and a major NFL sponsor.

However, the bigger opportunity for both companies is in product innovation. PepsiCo's partnership with Taco Bell, a subsidiary of Yum! Brands(NYSE:YUM), spawned the creation of Doritos Locos Tacos. The tacos, which feature nacho cheesy Doritos taco shells, are one of the fastest-growing new product introductions in fast-food history. Introduced in March 2013, already $1 billion of Doritos Locos Tacos have been sold. Taco Bell CEO Greg Creed described it as "the biggest launch in Taco Bell history." 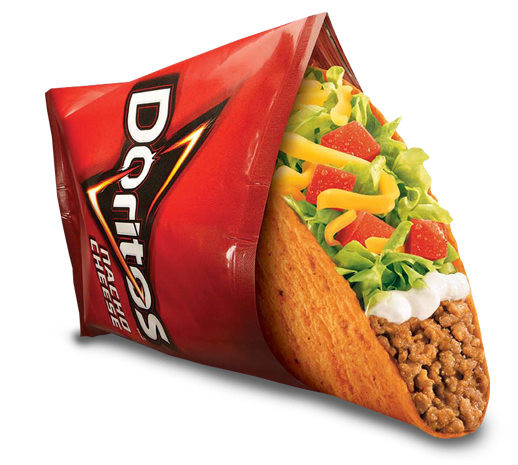 Buffalo Wild Wings wouldn't mind having a billion-dollar new product offering, either. In addition to leveraging PepsiCo's NFL relationships to drive foot traffic, the company is exploring food innovations like a crunchy Doritos topping for wings and tenders or even a Mountain Dew-based wing sauce. The possibilities are endless.

Better together
PepsiCo got its foot in the door through its beverage business, and it will leverage that relationship by creating new food products. Coca-Cola is unable to offer the same one-two punch, giving PepsiCo a leg-up in the fountain market. If any of Coca-Cola's large partners -- McDonald's(NYSE:MCD), for instance -- decide they want to spice up their menu with PepsiCo's snack innovation, Coca-Cola could lose significant market share.

It is this synergistic relationship between snacks and beverages that Nooyi wants to keep so badly. It's why Warren Buffett and Don Yacktman oppose Peltz's proposal to split the company. Snacks and beverages are simply better together. That is the Power of One.