The Wii U is the biggest hardware misstep for Nintendo (OTC:NTDOY) since the Virtual Boy. Bearing in mind that the Wii U was put forth as the successor to the hugely popular Wii and that the Virtual Boy was never intended to serve as the company's primary home-console hardware, it's possible that the Wii U represents an even greater failure. Third parties have struggled to find any traction on the platform and Nintendo's own software efforts have been commercial underperformers.

Nintendo expects to have sold only 2.8 million Wii Us by the end of its current fiscal year, a clear sign that the platform does not have the momentum needed to reverse its disastrous performance. The Wii U's otherwise-barren 2014 lineup is punctuated by releases in the "Donkey Kong," "Mario Kart," and "Smash Bros." franchises, but it's debatable whether Nintendo should continue to devote development resources to the platform. With the Sony (NYSE:SONY) PlayStation 4 racing to an early victory, Mario and company have already lost this round of the console wars. Should Nintendo continue to develop games for the Wii U into 2015?

Should Link and Zelda cut and run?
When it first unveiled the Wii U, the company used a "Legend of Zelda" demo to showcase the system's graphical capabilities and endear the system to fans of the series. A large-scale "Zelda" game is expected to hit the Wii U in 2015, however games in the franchise are typically some of the most costly to come out of Nintendo. The Wii U's paltry user base makes investing in a mainline "Zelda" title a questionable endeavor. The game is rumored to be the most expensive software that Nintendo has developed in its history.

Wii U is not fit
Satoru Iwata, Nintendo's typically optimistic president, has gone back on previous declarations and admitted that the Wii U is not in good shape. The system's most recent high-profile release Donkey Kong Country: Tropical Freeze debuted to disappointing sales, and there is no reason to believe that the upcoming Mario Kart 8 or Smash Bros. will be able to improve the Wii U's future prospects. That said, completely deserting the console in 2015 would run the risk of alienating those who purchased the platform and deterring them from future Nintendo purchases.

Hyrule console warriors
The Wii U is almost guaranteed to see an original title set in the "Zelda" universe regardless of whether the big development switches platforms. As a result of the Wii U's poor performance and the fact that third parties have spurned the device, Nintendo has been pushed into a more liberal licensing and partnership policy for its signature characters. Hyrule Warriors is the product of a partnership between Nintendo and Tecmo Koei that sees the "Zelda" property expanding into a new genre. The game could give Wii U owners a dose of "Zelda" without needing the investment of huge development resources.

Bringing the family together
If Nintendo decides that it will continue on with the development of its triple-A "Zelda" title for Wii U, it's possible that the company will also release the game on its next handheld hardware. Iwata has stated that the next systems from the company will use largely similar hardware architecture as a means of streamlining development and making ports easier. He also stated that upcoming platforms will have a good deal in common with the Wii U hardware.

Sony has cross-platform support right
The strategy of building hardware that enables games to be easily ported across multiple platforms has already been effectively put in place by Sony. The company's struggling PS Vita handheld is already largely propped up by games that are also available on the PS3 and the PS4. The Vita and the PlayStation 3 are fairly comparable in terms of hardware power, which has enabled largely similar versions of games like PlayStation All-Stars Battle Royal to receive simultaneous releases on the platforms. Nintendo is kicking off a similar strategy by releasing the next Smash Bros. on both the Wii U and the 3DS, however the difference in hardware between these two systems necessitates major differences across versions of the game. 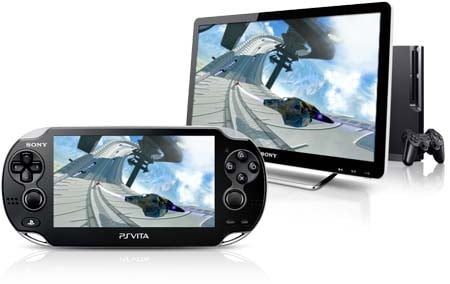 The gulf in power separating the PlayStation 4 and the Vita is substantial, however smaller games and indie titles still make ideal transitions. Meanwhile, games that the Vita isn't powerful enough to run can still be streamed to the device through the remote play feature. Nintendo's next platforms will likely offer a similar form of connectivity.

Can the Wii U survive another year?
For now, it looks as though Nintendo will continue to release games on the Wii U into 2015. The company's Retro Studios recently revealed that it has a new project in the works which is slated to hit the dying console. Still, there are only two ways in which triple-A software development on the Wii U makes sense. One of these has to do with Nintendo's desire to preserve brand loyalty; the other is that such games will land on multiple platforms.