After its most recent earnings release, some may question why General Electric (NYSE:GE) is planning to spin off its enormously profitable consumer financial services division. They shouldn't. That decision could mean great things down the road for the company.

Powerful performance
A quick glance at the earnings of GE Capital over the last eight years reveals a staggering rebound from the depths of the financial crisis as it has continuously added to its bottom line: 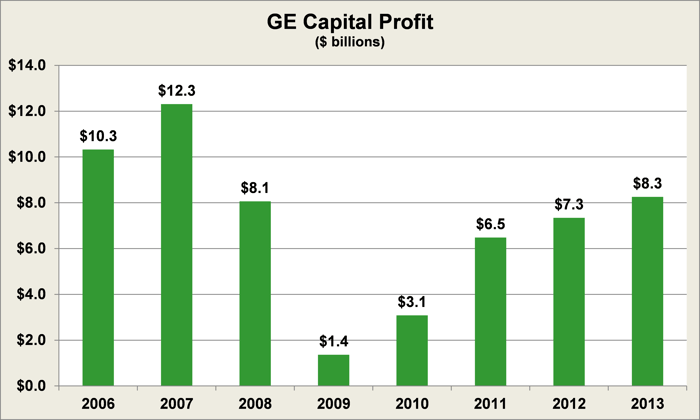 The company reported GE Capital returned $6 billion in cash alone back to the parent, and a simple calculation profit margins of each business at GE reveals the tremendous earnings capability of the GE Capital segment: 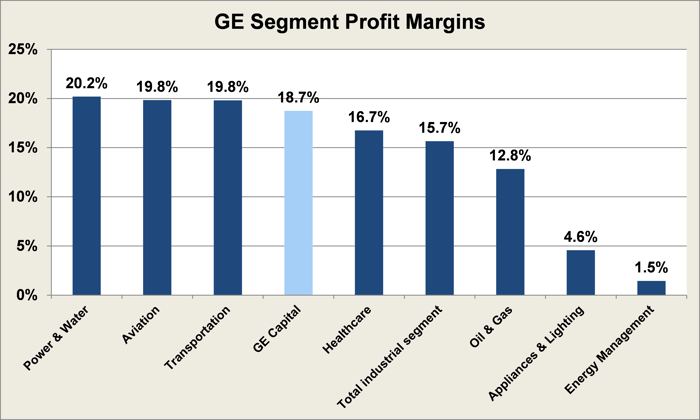 As shown above, GE Capital was able to eclipse the profitability of the total industrial segment by 3 percentage points. While that may not sound significant, when you consider GE Capital had $44 billion in total revenue, moving from 18.7% to 15.7% would mean $1.4 billion less in profit for the segment, and General Electric as a whole.

So it is natural to question why GE would in turn plan to spin off the North American retail arm of GE Capital in an IPO later this year, especially when it is suspected the value the new firm will be more than$20 billion when the transaction is completed.

Yet investors shouldn't worry, as recent guidance from the executive team reveals this will likely be a great move for the company.

The right step forward
GE noted it expects the earnings from GE Capital to stand around $7 billion in 2014, and as a result of the shedding of "non-core" units and the North American retail business, that number will fall to $5 billion in 2015. However, it expects from 2015 forward, it will "pivot to growth" moving forward as it focuses on its position as a "leading specialty finance leader."

In the most recent annual report the company said:

With compressing profit margins as a result of lower rates, more regulation, and other industry dynamics, the world of banking and finance has become even more competitive. General Electric has realized its retail business is one where, while successful, it didn't have any discernible competitive advantages which would warrant continued capital to be tied up in it versus its other industrial operations, where it is a market leader.

Instead the Capital business will focus on a variety of different segments, as it holds its onto its position as the market leader in, aircraft lending & leasing, health care finance, equipment finance, and much more. As a result, the company will be able to have a smaller operation which will in turn allow it to operate more profitably and effectively.

The takeaway
Easing any concerns, when the sale of its North American Retail Finance business was announced, the company noted it would have a neutral impact to shareholders on an earnings per share basis when it was executed. When you consider the ultimate result will be a leaner, more focused, and seemingly more profitable operation, the move will ultimately benefit both the company and the shareholders.