Global politics would seem a whole lot cleaner if we could simply be allies with the countries that hold similar values to us. Unfortunately, that is not the case. For decades, the US has been unlikely bedfellows with numerous countries, and one of the biggest reasons for that has been oil and gas. Despite the turnaround in America's energy prospects in the past several years, we are still reliant on a large amount of oil imports and need prices for these resources to remain stable. A recent article in Politico Magazine highlighted 25 of America's most unlikely friends on the global stage because of their differences in governance or for less than ideal treatment of its citizens. Lo and behold, quite a few of them--9 to be exact--just happen to be powerful players or emerging forces in the global energy markets. Total production and US import figures come from the US' Energy Information Administration 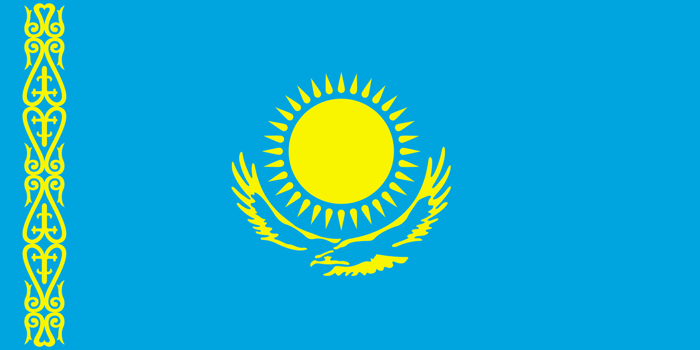 Kazakstan is a perfect example of a country where we could easily do without its oil, and in fact total imports from them were only 4,000 barrels per day in December. However, we still have an immense amount of interest in their oil and gas operations despite it's less-than-democratic rule and rather opaque business environment. Kazakstan is a top 15 global oil exporter, and american oil companies Chevron (NYSE:CVX) and Exxonmobil (NYSE:XOM) have made multi-billion dollar investments there over the past several years.

Qatar resource riches is much more in natural gas than in oil. This country of only 2 million people controls almost 1/3 of the worlds current LNG exports. Prior to the natural gas boom, much of that export capacity was constructed with the intention to ship to the US, and Exxonmobil has about a 25% interest in Qatar's two largest LNG exporters. Other companies in the country include Chevron and Occidental Petroleum (NYSE:OXY), which is the nation's second largest offshore oil producer.

Starting to see a trend here? Not many of the countries on this list export much of their oil to the US, but more importantly their role in the global oil market is critical in keeping the supply and demand in balance. The US is friendly with the UAE--eventhough it's policies on democracy and free speech are shaky at bes--for more than just its 2.5 million barrels per day of oil exports. It also happens to be the 2nd largest buyer of US military equipment, which totaled $10.4 billion between 2007 and 2010. The country is also home to two major military bases.

At one time, Azerbaijan was the worlds largest oil producer, but constant mismanagement when the nation was part of the former Soviet Union led to its production falling off a cliff. However, the country has seen a massive influx of investment dollars from Exxon, Chevron, and Conocophillips (NYSE:COP) for both oil exploration in the Caspian Sea and the Baku-Tiblisi-Ceyhan pipeline. Azerbaijan's record for free and open elections is extremely suspect, and corruption runs rampant, but its strategic location as a observation post for Russia and Iran as well as several billion dollars in investments there makes Azerbaijan an ally of the US.

In its hayday of production, Egypt produced over 1 million barrels of oil per day. Since that time, though, oil production has slipped and natural gas has emerged at the country's primary energy export. It's natural gas exports peaked in 2009 at just under 2 billion cubic feet per day, but the financial collapse and subsequent uprising there has led to a slow dwindling of production. Apache (NASDAQ:APA) has remained in the country as one of the largest leaseholders in the country, and based on its recent deal with Sinopec (NYSE:SNP) the total investment is worth well over $6 billion.

Egypt's recent political history has been, let's say, troublesome. Despite the toppling of both the Hosni Mubarak and Mohammed Morsi governements in less than 2 years, Egypt remains the US' 3rd largest arms buyer and  receives $1.3 billion in military aid like clockwork from the US government. 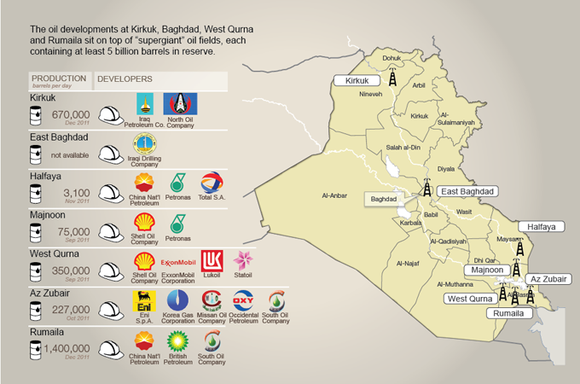 Even frozen cavemen are well aware of the boondoggle that has been Iraq over the past decade or so and the US' precarious relationship with its leader Nouri al-Malikki. Ever since the US overthrew Saddam Hussein's regime over 11 years ago, things haven't exactly improved. Iraq may have bout over $14 billion in military equipment from the US since 2005, but more than 8,000 Iraqi citizens have been killed in attacks and suicide bombings, and there are even accusations that Iraq has turned a blind eye to being a supply route between the Syrian regime and Iran.

Not did we make our bed by supporting any government that didn't involve Saddam Hussein, we also did so with massive investments in the country's oil fields. Not only has Exxon and Occidental signed major deals there, but oil services companies Halliburton (NYSE:HAL),  Baker Hughes (NYSE:BHI) and Schlumberger (NYSE:SLB) have each signed multi-billion dollar oil services contracts that hope to triple Iraqi oil output by 2017.

Total exports to US: 1.36 million barrels per day

Of all the awkward relationships America has around the world, it's relationship with Saudi Arabia is by far the longest and the most important. Not only does the Kingdom supply the US with 13% of its total oil Saudi Arabia's role in the global oil market is unsurpassed. It has over 2 million barrels of production capacity it deliberately holds back to quell and short term supply shocks and keep oil prices stable. Also, it is America's largest market for military equipment. In 2010 alone, it bought almost $30 billion in fighter jets from the military. On top of it all, nearly every company that has been mentioned so far has some sort of equity stake or service contract in Saudi Arabia. When you add all of those things up, does it come as any surprise that the US answered when Saudi Arabia requested assistance in defending against Saddam Hussein in the 1991 Gulf War?

On a stance of values, the US probably couldn't disagree more with Saudi Arabia between its system of governance, its laws toward the treatment of minorities and women, and its draconian punishments. But with the economic future and national security of both nations so deeply entwined with each other, it's hard to see the US walking away from the relationship any time soon.