This year, investors have launched a record-breaking number of shareholder resolutions seeking stronger action from companies on climate change.

This year is shaping up to put a whole lot of heat on companies that aren't adequately managing the risks associated with climate change. The Proxy Preview for 2014 came out this week, providing a forecast of all the shareholder resolutions that could go to a vote in this busy season of annual meetings. Climate change has taken center stage. 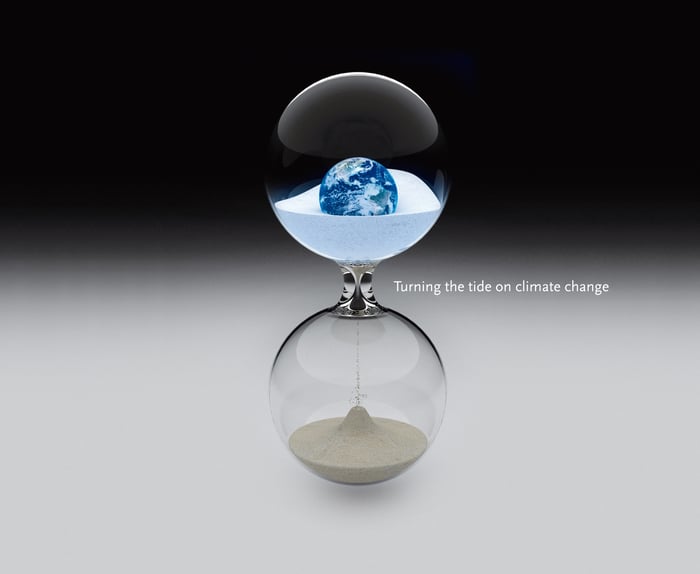 Proxy what?
If you're a shareholder, you have the right to vote on certain corporate matters. Since most people cannot attend companies' annual meetings in person, corporations offer shareholders the option to cast a proxy vote by mail.

Most proxy votes originate with company management and a few dozen large financial institutions, which typically vote automatically with management and hold the majority of a company's shares. It is thus difficult and rare to see a majority vote on a shareholder-initiated proposal. Still, even relatively modest shareholder votes can drive significant corporate policy changes, and the number of shareholder resolutions that gain a majority vote is increasing every year.

A coalition of three groups -- As You Sow, the Sustainable Investments Institute, and Proxy Impact -- publishes the Proxy Preview, which lays out all the sustainability-related shareholder resolutions for the 2014 season and frames the broader context of the issues at play. This year, climate change is the hot topic.

Stranded assets
The climate-change conversation is increasingly about stranded carbon assets. The concept here is that if global governments start passing legislation aimed at reining in carbon emissions, carbon-based assets like oil and coal may become unburnable, thus rendering them worthless. This prospect has some analysts and observers talking in terms of a "carbon bubble."

Last year, As You Sow's resolution at CONSOL Energy ( CNX 2.59% ) pioneered the stranded-assets theme. That resolution garnered 22.4% support in 2013, and it's back on the docket again this year. Investors are taking their stranded-assets concerns to other companies in 2014. A resolution with ExxonMobil ( XOM 0.29% ) asks that the company report on its "strategy to address the risk of stranded assets presented by global climate change, including analysis of long and short-term financial and operational risks to the company."

Indeed, ExxonMobil may be living out some of that risk just this week. On Wednesday, the company reported that it would reduce capital spending by 6% this year, which is connected to broader questions around carbon-based asset valuation. Following the announcement, ExxonMobil's shares fell 3%, their biggest decline in more than a year.

Investors are asking not only how CONSOL Energy and ExxonMobil would be equipped to deal with such a scenario, but also how decreased demand for fossil fuels would affect the companies and their investment decisions. As Danielle Fugere, President & Chief Counsel of As You Sow, writes in the Proxy Preview:

This is a moment in time when leading fossil fuel companies can make a decision to end or reduce exploration and development of high cost, high risk reserves and begin a shift to participate in and profit from a clean energy future.

Shareholders filed a resolution with WPX Energy ( WPX ) asking the company to set quantitative goals for greenhouse-gas reduction, specifying that these goals should include methane emissions and flaring. WPX Energy is currently among the defendants in a class action lawsuit related to this issue. Owners of mineral rights are suing WPX Energy and others for the lost value of the methane that's wasted when companies burn it off through flaring.

Meanwhile, as the fate of the Keystone XL Pipeline is in President Obama's hands, investors will vote on whether it makes sense for PepsiCo's ( PEP 0.17% ) trucking fleet to avoid fuel from Canada's oil sands that may flow through the pipeline if it's approved. Investors are asking Pepsi to study how it might avoid the use of fuel for its trucking fleet that comes from refineries buying crude oil from oil sands. Refineries have to disclose if their oil comes from Canada's oil sands, and 19 large companies have already committed to avoiding fuel from that source. Pepsi has the largest private trucking fleet in the U.S., so this vote could have significant implications.

Shareholder activism is here to stay
Shareholders are growing ever more sophisticated in using the resolution process to drive change at major corporations. As Andrew Behar, CEO of As You Sow, explains:

Shareholders today are looking not at these issues in isolation. Instead, they articulate a systemic critique, pointing out the connections between excessive political spending, inadequate energy policy, the dangers of our changing climate and its damaging impact on water and agriculture, toxic hazards, and how these are related to human rights.

In our modern world, a well managed company is necessarily one that thoroughly and competently addresses the very real risk that climate change poses to business operations. Investors demand no less.