Google will reportedly announce an Android software development kit for wearable devices in two weeks. The move is one of many that may give the company a lead over Apple in the "Internet of things." 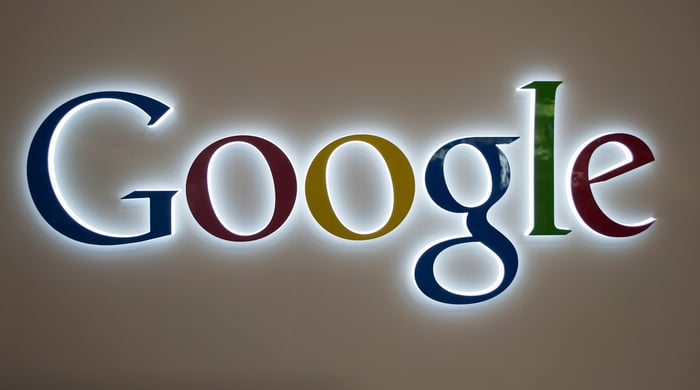 Google ( GOOGL -0.60% ) won't stop at smartphones and tablets. The tech giant wants to be everywhere. And now its effort to bring Android to wearables is official. As Google rapidly invades all sorts of Internet-connected devices, will Apple's ( AAPL -0.32% ) ecosystem become less significant?

Google's next stop: Your wrist and much more
The online search giant announced the formation of the Open Automotive Alliance at the 2014 Consumer Electronics Show with the goal of making cars connected Android devices. The Wall Street Journal said in February that Google's "vision for robotics" includes building an operating system for robotic manufacturing like the Android operating system for mobile computing devices. Then there's Google's recent acquisition of Nest, maker of Internet-connected thermostats and fire detectors (and who knows what else is in Nest's pipeline?). Now Google will be introducing an Android software development kit, or SDK, for wearable devices in two weeks, according to Google executive Sundar Pichai (via The Wall Street Journal). The "Internet of things" is undoubtedly upon us -- and Google wants to lead the way.

Pichai, who oversees Google's Android, Chrome, Gmail, the Nexus smartphone and tablet line, Chromebooks, and the Chromecast, says that Android for wearables will be free for manufacturers, as it was for smartphones and tablets.

"The software kit might give Google an opportunity to attract developers and bring users deeper into an ecosystem powered by its software," said the Journal's Rolfe Winkler. Further, Winkler says Google will be releasing its own smart watch in June, which will be manufactured by LG Electronics. "[T]he company wants to help lay out a 'vision' for other developers to power their own wearable devices," Winkler explained.

Apple's less rapid move to other devices
Of course, Apple has plans for other devices, too. The company recently unveiled its CarPlay. And to be fair, Apple appears to be moving into cars with its CarPlay faster than Google. Further, though Apple's iWatch is still just a rumor, its recent hiring spree of professionals with skills related to wearables suggests Apple's iWatch is likely inevitable. Then, of course, there's Apple CEO Tim Cook's promise that the company will introduce new categories this year.

But for the most part, Google seems to view the advent of the Internet of things with greater urgency than Apple. A June launch of Google's smart watch, for instance, would precede the rumored fall launch of Apple's iWatch. And launched alongside with a free Android operating system that is ready for other manufacturers to adopt in wearable devices, Google's rapid move to the category easily trumps its entry to smartphones and tablets that significantly lagged Apple.

With Google bringing Android to wearables so soon, could Apple's lack of a significant early advantage as it had in smartphones and tablets handicap the growth of its ecosystem compared to Google's?

Or is Apple up to more than we realize?
If history is any indication of how revolutionary Apple's move to a new category could be, Google's seemingly meaningful advantages in wearables may not be as much as a threat to Apple as they seem. Unlike Google, Apple likes to keep product plans as secret as possible -- so it's difficult to ever really know exactly what is in Apple's product pipeline.

Whether or not Google's ecosystem of connected devices helps the company make gains on Apple is still to be determined, but Apple investors can take refuge in the fact that the stock is largely already priced for greater competition ahead. At just 13 times earnings, a lucrative share repurchase program alone could help Apple reward investors even with flat revenue in the coming years. Google's transition to the Internet of things is a development Apple investors should keep an eye on. But Apple's impressive history of successfully entering new categories, combined with a conservative valuation, more than make up for Google's potential early lead in wearables and other categories.