Only within the biotech sector can you find a waltz between hope and science.

Over the past year and change, biotech stocks have been red hot. There were were 38 biotech IPOs in 2013, and collectively that group rose by an astounding 43% for the year. Venture capital is racing into the sector quicker than you can blink, and investors are more than willing to pay hefty premiums on select biotech stocks on the hope that their revolutionary new therapy or therapies pay off in a big way.

But not everybody has been a clear winner.

Peregrine's topsy-turvy ride
Shareholders in Peregrine Pharmaceuticals (NASDAQ: PPHM) have witnessed their stock being whipsawed over the past two years, from a depth of $0.40 per share to as high as $5, then back below $1, and nearing $3 per share again last week. 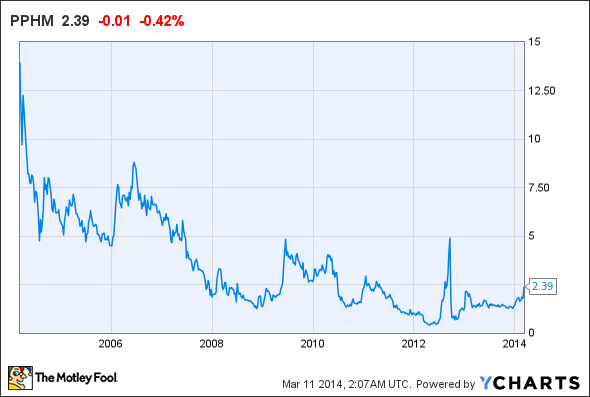 The reason for all of this volatility is bavituximab, the company's lead experimental therapy designed to block phosphatidylserine, or PS, an immunosuppressive molecule found on the outside of cancer cells that allows them to go undetected by the body's immune system. By retraining the body's immune system to recognize these cells, it is believed that bavituximab could be a perfect therapy for non-small cell lung cancer patients who have failed or progressed on a first-line therapy.

The treatment is being tested in a number of studies, including first-line NSCLC, rectal cancer, HER2-negative breast cancer, advanced melanoma, and even liver cancer -- but these are all relatively early stage research efforts. The bread and butter of Peregrine's current market valuation is tied to the potential of bavituximab as a therapy for second-line NSCLC.

Based on the final phase 2 clinical data released last June you'd think that bavituximab's success would practically be a slam dunk. In the data from that trial, bavituximab was shown to have significantly improved median overall survival rate, in combination with docetaxel, to 11.7 months from just 7.3 months for patients in the control arm on docetaxel alone. The combination was shown to be well tolerated and had no significant differences in adverse event occurrence.

But this wasn't just your typical cut-and-dried phase 2 study. In fact, Peregrine's share price cratered from that aforementioned $5 price back below $1 in a single session after the company disclosed that a third-party clinical contractor had made errors, and that it would need to reassess the data. What you see above is the final outcome of that reassessed data, but many on Wall Street now have a wait-and-see approach based on the company's ongoing phase 3 SUNRISE study , which is now enrolling.

The question Peregrine shareholders need to ask is, "How important is bavituximab for Peregrine's share price?" I'd contend that it's the kind of therapy that has make-or-break potential.

What might bavituximab be worth to Peregrine?
Let's look at this from a bullish perspective first.

There are very few FDA-approved second-line therapies for NSCLC. Eli Lilly's (NYSE:LLY) Alimta is commonly prescribed. For fiscal 2013, Alimta brought in $2.7 billion in revenue, but it also isn't solely a second-line NSCLC therapy. Alimta is also approved for malignant pleural mesothelioma and as a combination therapy with cisplatin in first-line NSCLC.

The other primarily used therapy is docetaxel, which is marketed as Taxotere by Sanofi (NASDAQ:SNY). Despite having its patent expire in 2010, Sanofi's Taxotere still managed to bring in $409 million in revenue in fiscal 2013.

Beyond Alimta and docetaxel, the remaining second-line therapies tend to either focus on mutations such as EGFR (Roche and Astellas Pharma's Tarceva) or ALK mutations. 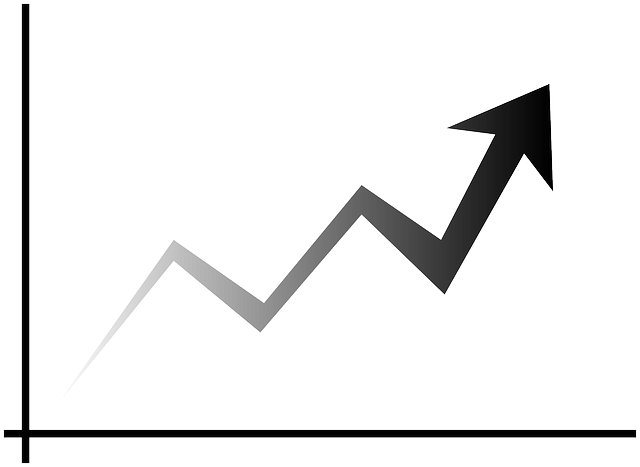 What this means for the Peregrine shareholder is that, assuming strong results from the SUNRISE trial and an eventual FDA approval, bavituximab could garner a good chunk of second-line NSCLC sales. I personally estimate that this "good chunk" could generate $600 million-$800 million in annual sales for Peregrine based on existing sales of Alimta and Taxotere, and the years needed to ramp sales up to peak estimates.

"Why is this important?" you ask? Most biopharmaceutical companies with revolutionary new therapies tend to be valued much higher than their peak sales estimate. Pharmacyclics, for example, which recently had the FDA approve Imbruvica for two types of blood cancers, could have peak sales potential of $5 billion-$7 billion, yet the company is valued at close to $10 billion. Similarly, we saw InterMune shares explode higher late last month after the company delivered impressive results from its ASCEND trial involving Esbriet for idiopathic pulmonary fibrosis. Despite peak sales potential of $300 million-$500 million, according to RBC Capital analyst Michael Yee, InterMune is valued around $3 billion.

In other words, Peregrine's current market value, which is hovering around $425 million, could have significant upside potential given on how its peers are valued.

But what if bavituximab fails?
Biotech investors must consider every angle, and failure is always a possibility. Before you go breaking out the piñata consider these major risks.

First, small-cap biotech stocks have a notoriously bad track record of approval over the past decade. The Feuerstein-Ratain Rule, developed by TheStreet.com senior columnist Adam Feuerstein and University of Chicago oncologist Dr. Mark Ratain, notes that of biotechs that have spent the majority of their time at or under a $300 million market cap have failed either in their phase 3 trial or to gain approval from the FDA in 23 of 23 cases over the past decade. That's right, a 100% failure rate, at least through last summer! Peregrine may be over that market cap now, but it has spent much of its time well below the $300 million threshold, meaning history may not be on its side.

Second, dilution is a very real possibility. Predominantly clinical-stage biotechs such as Peregrine need to fund their operations somehow; if they choose not to partner their products up with a larger company in order to receive up-front cash and/or milestone payments, then the only other recourse usually is to offer shares on the open market to raise money for research. Peregrine, for instance, does generate revenue from its biomanufacturing subsidiary, Avid Biosciences, but it's certainly nowhere near enough to cover the cash required to run its ongoing studies. This means Peregrine has had to turn to potentially dilutive share offerings to fund this research. Since 2004, Peregrine's share outstanding have soared from roughly 27 million to 176.45 million as of its most recent quarter.

Finally, it practically is a case of bavituximab or bust for Peregrine. With the exception of its PS-targeted tumor imaging agent PGN650, which is in early stage studies, and cotara which is being studied as a therapy for glioblastoma multiforme, the deadliest type of brain cancer, Peregrine's entire pipeline revolves around bavituximab. While the final phase 2 second-line NSCLC data would suggest that could be a good thing, it could just as easily become a crutch.

If bavituximab were to fail its phase 3 trial or receive a complete response letter from the FDA, the outcome could be devastating to the hopes of investors expecting good data from its other remaining studies. In addition, a failure in second-line NSCLC would move shareholders way back on the game board since none of the company's other five studies involving bavituximab are out of phase 1 yet. The good news for biotech investors is that different types of cancers can respond very differently to the same therapy, so there would still be hope for success if bavituximab faces headwinds in its phase 3 study. Realistically, though, Peregrine would probably face a steep haircut with only $63.2 million in cash on its balance sheet as of last quarter.

One worth watching
Admittedly, we're still a ways off from finding out the results of its SUNRISE study, as Peregrine is still enrolling. However, it's pretty evident to me that this drug possesses make-or-break potential for this company. If anything, I would suggest biotech-savvy and more risk-willing investors add Peregrine Pharmaceuticals to their watchlist and keep a close eye on the progress of bavituximab and the commentary from management, because the eventual results are probably going to move its share price in a big way, one way or the other.